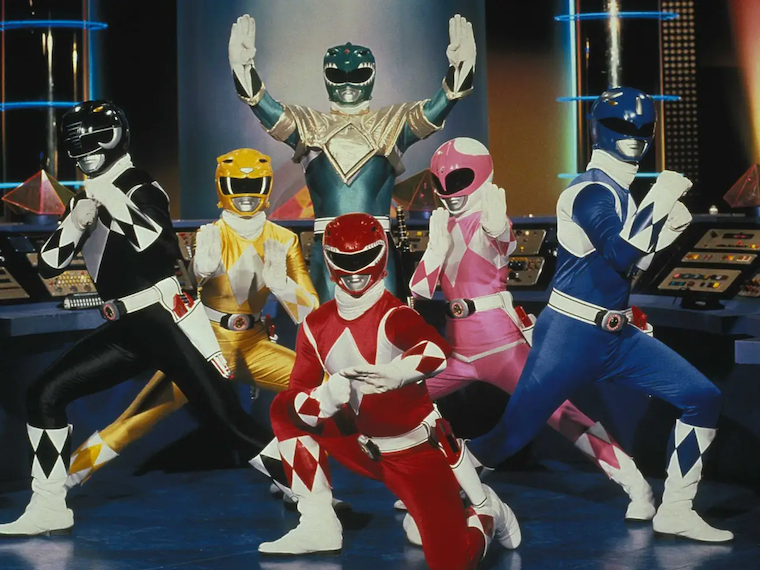 Some of you have spent the week frowning at all the ‘RIP Jason David Frank’ posts online and wondering what this man did to receive so much love.

If you are older and know that he played the Green Ranger in Mighty Morphin Power Rangers, you are probably confused by the enduring adoration surrounding an actor that headlined one of the cheesiest children shows to ever grace our screens.

Well, you know how some people worship at the altar of Star Wars because they were young enough to watch the original trilogy at the cinema when it first came out? Or The Transformers: The Movie from 1986, which scarred an entire generation of children when it massacred the most popular line of toy characters of that era.

If you grew up in the late 1990s and early 2000s, Mighty Morphin Power Rangers was the greatest show on television. We had never seen anything quite like it: a live-action science fiction series in which five teenagers leaped into action against a space-faring sorceress hellbent on world domination, assisted in their conflicts by five giant dinosaur-themed robots that combined to form one enormous sword-wielding robot.

It had everything a preteen could want; from the flashy costumes to the ridiculous catchphrases and epic poses. The Power Rangers were our Avengers, and Jason David Frank’s Tommy was the greatest of them all, initially donning the green suit as Rita Repulsa’s corrupted thug before escaping her insidious influence and joining the side of good.

Why was he so adored? Because he embraced his roots. Actors often struggle to escape the franchises that made them stars.

A select few succeed, but the majority wallow in self-pity, beaten down by their inability to branch out into new arenas. JDF never resented the fact that his Mighty Morphin character followed him everywhere he went.

If anything, he welcomed it, reprising his role in Power Rangers spin-offs such as Wild Force and Dino Thunder, and attending every festival and convention that would have him.

The last time I checked, the Legend of The White Dragon kickstarter was still running. The Power Rangers fan film has a 2023 release date. The project will finally fulfill JDF’s desire to explore the darker, grittier aspects of Power Rangers. If you know Lord Drakkon from the comics, you know what to expect.

It is a shame that JDF did not live to see the fruition of his hard work. The mixed martial artist and his wife, Tammie, checked into separate rooms at a Texas hotel several days ago. The couple, who were in the middle of a divorce, had several arguments that evening.

Some of those arguments were so fiery that hotel staff had to intervene. The last time Tammie saw JDF, he stormed off to his room and locked the door. At 5am, Tammie’s concern for JDF’s wellbeing compelled her to call the police after he would not answer the door no matter how many times she knocked.

Law enforcement found the actor’s hanging body in the bathroom. His legacy is not limited to the work he did on Power Rangers.

The 49-year-old also founded the Rising Sun Karate School, which is expected to remain open. His fans are still in shock; JDF was the last person anyone would expect to commit suicide.

As so many people have stated over the years, every single individual you encounter on TV or out in the world is fighting a war you know nothing about.

But this goes without saying; if you are struggling with suicidal thoughts and feel so hopeless that nothing seems to matter, get help before you make a mistake you can’t unmake. Negative emotions are like powerful waves on a frothing sea. They will drown you if you let them. Reach out now!