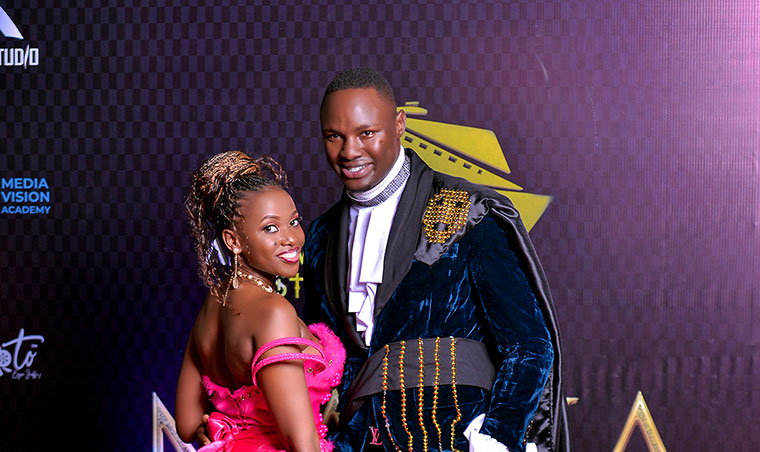 Part of the cast

Last week at the National theatre, it was pomp, glitz, and glamour as the makers of the Mania movie - Afriwood Studioz - premiered it with a red-carpet ceremony.

The event, which kicked off at 6pm, saw different filmmakers, actors, and actresses grace the red carpet, clad in elegant outfits that made the event such a colourful one. The main acts of the film and co-producers of Mania, Grace Genevieve and Angel Toni Acer, arrived with the rest of the cast, setting the red carpet on fire.

Guests were ushered into the auditorium where the movie would be screened, but first, some musical entertainment helped set the mood. The auditorium was filled to capacity, with some guests finding it hard to catch a seat. The next one and a half hours had everyone’s eyes glued to the screen just so they did not miss a minute of the great production.

If the huge applause from the crowd at the end of the screening was anything to go by, then Mania was a great success. Musician Daniel Kazibwe aka Ragga Dee, who is also the chairperson of the National Cultural Forum, thanked the makers of Mania and promised them support.

“The people who made this film, despite them being novices, deserve all the support they can get because they did a wonderful job. I could tell that they invested not only money but time in the making of their film. I’m going to initiate a partnership between them and YO TV,” Ragga Dee said.

Genevieve, one of the producers and actresses, lauded her cast and crew for an amazing job and promised film fans bigger projects from Afriwood Studioz. Representing Uganda National Cultural Centre (UNCC), Andrew Ssebaggala, the head of Production, said the premiere has been one of the greatest that National theatre has witnessed in recent times, and thanked the young filmmakers behind it, including director Kizito Samuel Saviour.

Mania is a feature about love and drama, where Emma (Angel Toni Acer) is convicted of a crime he never committed in a bid to save his sister Ella (Denise Rwomushana), who gets caught up in a murder mystery that claims the life of her obsessive friend Caren (Grace Genevieve), and his girlfriend Vicky (Josephine Kabahuma).