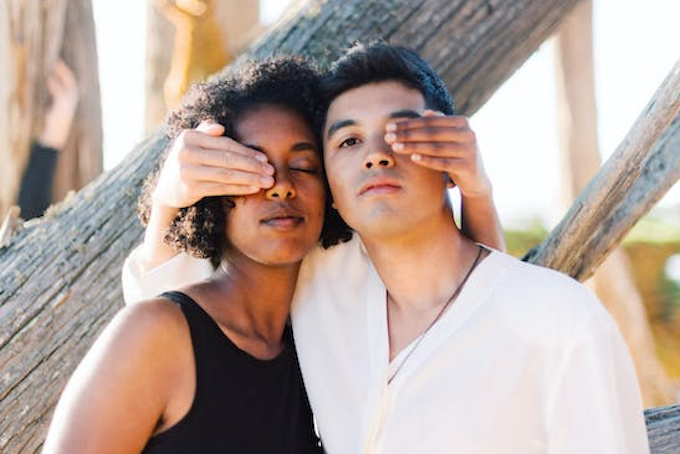 We all have our secret turn-ons; for some, if the world got into your head and discovered what truly makes you tick sexually, jaws would have to be scraped off the floor.

Some are not hair-raising at all; take timophilia... deriving sexual arousal from wealth. I think many women could be lowkey timophiliacs, but just don’t know that there is a name for their kind. There are indeed men who are also attracted to women with wealth, but it is more common to see a woman head out with a beastly looking man, who has loads
of cash to his name. There. It is called timophilia.

Have you heard of hybristophilia? Could you be a hybristophiliac? As in, you find criminals sexually arousing. The Internet has interesting revelations.

So, hybristophilia, also known as the Bonnie and Clyde syndrome, makes bad guys and bad girls sexually appealing. People will say you have a weird type, when you actually simply get aroused by living on the edge with these hardcore criminals.

Now you know why a good girl will stick to a man whose crime record is a mile long and even do jail term with him, if necessary. Hybristophilia.

But not all orientations are as hair-raising as biastophiliacs (those who get a sexual kick out of rape). And these can be male or female, fantasizing about rape, of all things.

Some, such as sapiosexuals, are actually interesting. Sapiosexual people are aroused by intelligence. If s/he cannot hold an intelligent conversation with you, it is game over – no matter how beautiful, wealthy or powerful you may be.

A sapiosexual person may even settle for someone else just for the sake of settling, but they will find it so hard to sexually resist someone who speaks so astutely, no matter their rank or age difference. That is how interesting and different human beings can be.

And there are others that find geeks with their nerdy sense of style, obsession with quantum mechanics and anime/ manga, such a turn-on. It does not help matters that these days, geeks seem to also have all the money and power as the world goes increasingly digital.

If you are one of those that get a sexual kick out of being the presence of geeks, your kind are known as aspophiliacs. It is you guys that have figured out that the creativeness and thorough nature of nerds/geeks, could actually translate into them also being great lovers that pay attention to detail.

Do you have trouble making deep friendships with the opposite sex without those friendships turning into sexual dalliances?

Demisexual is where you could belong; people, who only develop sexual feelings for someone they have a strong emotional bond with.

According to the Internet resources I was combing, demisexual people cannot have sex until they feel that emotional bond; it does not matter how long this may take.

The easiest example that comes to mind are friends that turn into lovers. One of you could be demisexual and at some point becomes incredibly turned on by how close and connected you have become.

Then there is gynophilia or gynosexuality, the attraction to traditional characteristics of femininity. As the definition of femininity evolves, there are men that look for that original damsel constantly in distress and in need of male intervention and protection, and they will not be aroused by an opinionated or strong woman. Gynophiliacs.

Anyway, whatever it is you are into, there is a word for it. The Internet is an interesting world.