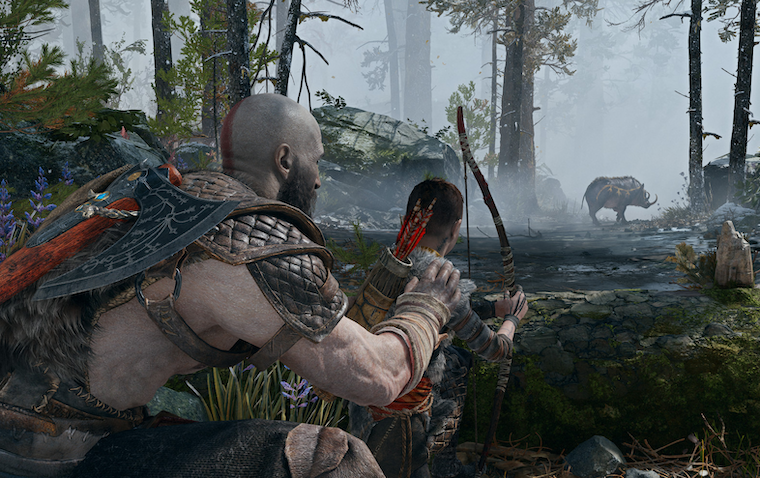 I am trembling. This. Game. Looks. Awesome! I can barely sit still long enough to write these words.

I need a PS5 and a decent screen. The last time I checked, God of War: Ragnarok was coming to PS4 as well, but I don’t care. I don’t think the PS4 can do this game justice.

You need to drink it in on the market’s most powerful console. I am getting ahead of myself, but part of me does not care because Ragnarok overshadowed every other game.

PlayStation’s State of Play aired a few days ago. You can watch the online event on YouTube now. The video is a little over 22 minutes long, so it won’t take much of your time. If I’m being honest, most of the announcements did nothing for me.

I was tempted to throw Tekken 8 in with FIFA, Madden, and all the other franchises that basically deliver the same product with every installment.

I know that Tekken makes significant improvements with each new release, but to a casual gamer like me, those alterations are too minute to stand out. So naturally, I wanted to dismiss the Tekken 8 cutscene as the same old Tekken melodrama. We all know what to expect.

The Mishimas will misbehave, punches will be thrown, and someone will tumble into a volcano. But a post from the PlayStation blog put things into perspective. Apparently, the video we saw replicates the gaming experience.

This was real-time rendered footage instead of a pre-rendered movie designed explicitly for the trailer. Am I impressed? Yes. Do I care? No. Fighting games are not my thing.

Star Wars: Tales From The Galaxy’s Edge looks dumb. Demeo was even less appealing. But if you appreciate dungeon- crawling survival games, you are probably frothing at the mouth at the potential this VR experience promises.

People are raving about Like A Dragon: Ishin – it looked...cheap to me. But I have not played the Yakuza games. Once I do, I may grow to appreciate the charm of the spinoff. For now, I can’t say that I liked what I saw.

Pacific Drive was... bad? No. But we spent the trailer behind the wheel of a car, driving through a post-apocalyptic setting. I don’t know why the trailer thought I would care. It felt like such an inconsequential bit of footage.

Syn Duality looks good. Strangely enough, it reminds me of Bayonetta, which I have mixed feelings about. I appreciate the frenetic action. Actually, I think a comparison with Nier Automata is more accurate.

I felt like I should have loved Rise of the Ronin. The style reminds me of Ghost of Tsushima, but not as breathtakingly beautiful. I can see myself experimenting with this game on a lazy Sunday afternoon when I have nothing better to do.

But God of War: Ragnarok was the crowning jewel of this presentation. I can’t remember the last time I saw a more electrifying trailer.

This footage felt more like a glimpse at the final chapter in a grand saga brimming with spinetingling adventure and tragedy. This is the Kratos we want, the Kratos we deserve: an angry brute tortured by his past, haunted by his mistakes, driven by a murderous desire to protect the only person he loves.

The settings are so delicious, from clear skies and towering mountains to frozen valleys and lush jungles. I felt that crackle of lightning as Kratos hurled the axe at Thor, only for the Norse God to knock it out of the air with a mighty swing from Mjolnir.