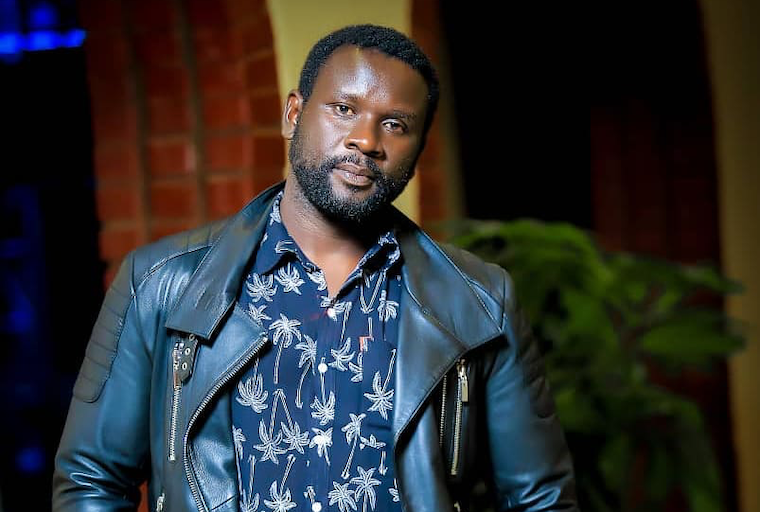 JOEL OKUYO ATIKU PRYNCE is an award-winning actor, who has starred in films and series such as Battle of the Souls, November Tear, State Research Bureau, Kony, Order From Above, What If, and The Kojja, among others. The 38-year-old is also married to renowned musician, Cindy.

Quick Talk caught up with him and talked film and family life.

Could you tell Quick Talk about Prynce.

Yo! My story is huge. Many people know me as an actor, but I am also a photographer, cinematographer, carpenter, qualified insurer, metal work fabricator [and] social worker.

I do many other things that people wouldn’t think of. I have also been a model locally and internationally. I have lectured at Makerere University and Uganda Christian University in photojournalism, creative writing and radio production.

Wow! Impressive. How did you get into acting?

I was literally born an actor, because I first acted for an audience when I was around six years old at school. The next opportunity came when I was 11 years, for which I even won an award. After university in 2006, I went into film after auditioning for Battle of the Souls.

So, you always wanted to be an actor?

I was born and raised around the military because my dad was in the military. So, military looked like something I would love to do.

When I was finalizing university, the army was recruiting and my dad asked if I was interested and I excitingly said yes, but that was the time before we started shooting the film. So, we start shooting the movie but half way through it, my dad tells me everything was set for me to go for military training.

That whole week I couldn’t sleep just thinking about the decision I should make. After thinking hard about what I really wanted, I faced my father and told him I was not going.

What was his reaction?

He was devastated. He kept quiet but you could see the bitterness in his eyes. Actually because of that, we never talked or saw face to face for almost a year.

But I just focused on making my film career work, because it was up to me to prove to him that the choice I made was worth it. Even during family speeches, he always gave me as a bad example for throwing away an opportunity.

How did you mend that relationship?

When the movie came out, it was a great success. It won me awards and made me travel the world. During my first trip to Europe for various film festivals, I called him and he was so surprised that a movie was making all this happen.

He was so happy when I started winning awards. He now even changed his speeches to give me as an example for ‘chasing your dreams’.

Hahahaa…What is your greatest film work so far?

[Promptly:] Battle of the Souls [the film adaptation of Roger Mugisha’s transition from satanic worship]. It introduced me to the world and gave me an opportunity to shine.

No matter how far I go, even if I win an Oscar, Battle of the Souls will still be my favourite work.  It is, in fact, the only film I have appeared in and watched.

Wait; you never watch your own films?

I just hate watching myself, because every time I think I could have done better. I even dodge the premieres … I only stop at cocktails and once the screening of the film starts, I excuse myself.

How do you prepare for your characters?

I always dig deep. When I read a script the first time, I read it like a story; the second time I put myself in the story and when I read it the third time, I throw it away and don’t look at it for like three weeks and when I get back to it, I try to understand my character bit by bit.

I always lose myself in a role that when I am preparing for it, there is always a change in me that even people around me notice.

What has been your most challenging character?

Recently I got a role playing a man with mild mental illness because of loss of a job. I didn’t get enough time to dig as deep as I would have wanted for the role because we had little time to prepare, yet I even had to build an accent. But I tried.

What is easier to act; series or feature films?

I think movies are easier, because you get a lot of time to prepare. But for series in Uganda, most times they give you like 10 episodes to prepare but from the eleventh onwards, you might not have the time because TV is time-based and the show has to keep running. You have to shoot so many episodes in just one day.

Have you had any embarrassing moment on set?

I felt embarrassed when we were shooting State Research Bureau and I went blank. I lost my lines, tried to remember them, but I couldn’t. The director lost it and yelled at me and I looked like a fool in front of everybody.

Then there was a movie we were shooting and right in the middle of an action scene, my trousers tore apart. Sometimes you can be shooting and somebody farts [chuckles].

Who are your favourite actors?

[Gives it a long thought] River Dan Rugaju, Gladys Oyenbot, Abby Mukiibi, Michael Wawuyo Snr, Raymond Rushabiro, Rehema Nanfuka. But with all due respect, I think we have a lot of talented actors and I would name many, but you caught me off guard.

Away from film, you are married to Cindy Sanyu. How did you meet?

We met in the line of duty while doing a film called Bella, where she was the main character and I was the cinematographer. I had been seeing her on TV but when I met her in person, I saw a different person and the first thing I told her was that she was pretending to be what she was not.

I told her there was a real woman inside her that she was trying to cover up with this girl who is a superstar, and she needed someone to help her unearth that woman.

It was very simple. I am a basic guy and for me simple things are beautiful. It was just a sit, talk and eat date at an open air restaurant, because I don’t like closed spaces. She likes wine; so, I got her one. I am a non-alcoholic person, but I have learnt to take wine.

Can you differentiate Cindy the artiste, the mother and the wife?

I knew the difference the first time I saw her and I think that is how we connected. She is actually a pure African woman. But of course the public know her as “The King Herself” [Cindy’s self-proclaimed title].

It was more exciting to have a baby again after nine years. It was like going back to the drawing board, re-learn certain things, stay up late at night. The feeling just never gets old.

What kind of father are you?

I am very strict. I am a disciplinarian. I am strict on values like respect, doing house chores, being clean and organized, praying, doing homework – these are some of the things that make one a complete human being.

I take my girls to the park and we ride quad bikes, horses, ziplining, swimming, skating. I enjoy playing basketball.
Sometimes I create time to go out with my wife for band night.

Nice! What projects are you currently working on?

Right now I am still doing The Kojja series. I also have other series, short films and documentaries coming up, but I don’t want to let the cat out of the bag right now; they will sue me.