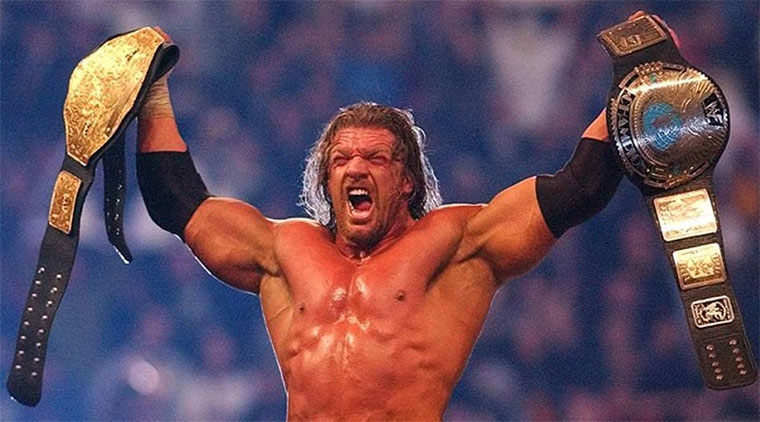 The last time we discussed the man, Vince McMahon had resigned from his position as WWE CEO, but he was far from gone. Instead, the media mogul had embraced a diminished role as head of WWE’s creative and content development department.

His critics were not amused. You probably heard the recent sexual misconduct allegations against Vince and erroneously connected the backlash against the man to his sexual misdeeds.

But these allegations have followed Vince for decades. No one batted an eye when news of the millions he had paid his mistresses came to light. Wrestling fanatics were too busy lambasting Vince for his poor creative decisions.

Interest in WWE has been waning for years because Vince is a dinosaur. He does not know what the people want, which is why the brand is gradually losing ground to its biggest competitor, AEW.

Long-time wrestling fans keep abandoning WWE in favor of Tony Khan’s promotion because AEW continues to prioritize complex storytelling over the shock and awe that dominates WWE’s weekly shows. When the possibility of Vince’s departure was first floated, interest in WWE surged because critics hoped that Vince’s predecessor would restore WWE to its former glory.

But even after Vince left, the uncertainty lingered. At its peak, NXT was far superior to RAW and Smackdown specifically because HHH had a keen understanding of wrestling, and his leadership allowed NXT’s burgeoning talent to thrive.

As such, his appointment as Vince’s replacement was greeted with enthusiasm. But questions about his competence persisted. Most of us were skeptical, and that first RAW episode following Vince’s departure did nothing to lift our misgivings.

The episode struggled under the weight of the same old problems, ranging from lackluster wrestling matches and extensive ad breaks to poor pacing and exhausting entrances.

In fact, some wrestling pundits wanted to dismiss the HHH era as an utter disappointment before it even began. But then Summerslam 2022 came along and blew us away. Yes, the show was written before Vince left, and you could argue that Vince scripted everything we saw.

However, reports coming out of WWE in the aftermath of Summerslam 2022 revealed that HHH had tweaked the script, giving it the polish it needed to excite and inspire.

Becky and Bianca’s match was stunning. We collectively gasped when Becky offered Bianca a hand of friendship and pulled her into a hug, capping off a story that began a year ago when a similar handshake cost Bianca her belt.

Before the dust had even settled, Bayley marched out, fully healed from the injury that sidelined her in 2020. Even more astonishing were her teammates: Dakota Kai and Iyo Shirai.

WWE had wasted Dakota’s potential before releasing her from the company. On the other hand, Iyo left WWE of her own volition because she was dissatisfied with the company’s creative direction.

And yet, there they were, standing hand in hand, ready to give Bianca and Becky a run for their money. This is the sort of storytelling Vince never did. Yes, the Lesnar/Roman match was legendary – Lesnar rammed the ring with a tractor, for Pete’s sake. But that is the sort of spectacle for which Vince is best known.

The Becky/Bianca match is where HHH shined. This is where the HHH era truly began. The first RAW episode after Summerslam 2022 highlighted the change in management by delivering three concise, well-paced hours chockfull of careful plotting.

Naturally, fans rewarded the promotion by giving WWE a boost in ratings. The RAW after Summerslam 2022 had the highest ratings of any RAW episode in the last two years.

And now, as preparations for Clash at the Castle 2022 start, you can feel the excitement in the air. Sasha Banks and Naomi are supposedly returning to WWE because Vince is gone, and they trust HHH.

Gifted athletes like Ciampa and Mustafa Ali are finally getting the push they deserve. Wrestlers have more freedom to improvise, which is how we got that ridiculous zig-zag from Dolph Ziglar.

What does this mean for Roman’s unprecedented title reign? What of the Mysterios? Will they finally split, or can we expect a new direction for the tag team? What plans do they have for Cody Rhodes?

What about Austin Theory? Those questions generate excitement instead of disinterest because we trust HHH.