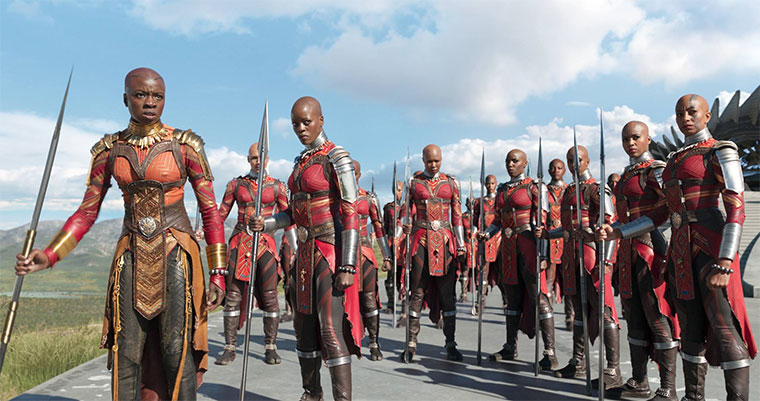 So, Black Panther is in the news again and not for the best reasons. Nerds are weird. You cannot define us, not accurately.

Some people think nerds are friendly, and I suppose we are. Then again, we are too busy obsessing over fictional characters to care about anything else. Therefore, you could blame that seemingly friendly persona on a complete disinterest in the real world, to an extent. Engage nerds on the subjects they care about, and they may take a toxic turn. Anyway, what were we discussing? Oh, right.

Black Panther. The franchise started on such a high note. I have my reservations about the first film. I don’t think Black Panther (2018) was as impressive as people claim. But the movie’s biggest fans are not afraid to admit that Black Panther’s cultural relevance plays a significant role in their appreciation for that entire franchise.

I don’t share their enthusiasm. The presence of African culture in Hollywood blockbusters has never excited me. I suppose that explains the relative detachment I feel towards the annoying debate surrounding Wakanda Forever.

To be clear, I liked Black Panther. Yes, it had a weak ending. But I rewatched it a few weeks ago, and it was excellent. But also, it is not my favourite Marvel movie. I would not even rank it in the top five.

So, naturally, I was surprised by my reaction to the Wakanda Forever trailer. If you have not seen it, watch it. I don’t think I have seen a better trailer in 2022. The first words that come to mind are ‘Poignant,’ ‘Mournful,’ and ‘Beautiful.’ Again, the African elements have never interested me. But that funeral scene was nothing short of breathtaking.

Ryan Coogler is leaning heavily into the visual and audio cues that make this world so unique, and I love it. T’Challa is obviously gone (for reasons they have yet to reveal).

Internal conflicts over the kingdom’s leadership will probably shake Wakanda before Namor, and the other Talocans enter the picture. Some comic book fanatics are still grumbling over Disney’s decision to abandon the Atlantis components in favour of an enemy with Aztec roots.

But let’s be honest. It makes sense. The MCU does not want to attract unnecessary comparisons with the Aquaman franchise. Also, I think Coogler will do Namor justice. Honestly, I have enjoyed the discussions surrounding Wakanda Forever. Even the Talocan/ Atlantis debates have been largely peaceful.

So, why is Black Panther in the news? Because some annoying individuals want moviegoers to boycott Wakanda Forever. Marvel refused to recast the character of T’Challa following Chadwick Boseman’s death.

They argued that recasting the character was disrespectful. Some fans agreed with the sentiment. But others thought that T’challa was too important to black people in the USA for Marvel to kill the character off.

If anything, recasting T’Challa would honour Chadwick by keeping the character he loved alive. Most of us abandoned this conversation months ago because Disney had already announced their decision, and it would not change.

And yet, here we are, dealing with pointless campaigns against Wakanda Forever from people that expect the studio to bend to their whims. Obviously, no one is boycotting Wakanda Forever.

If anything, moviegoers want to adopt the funeral garb we saw in the teaser. The plan is for everyone (not me) to wear white to the movie. So clearly, none of us are taking the boycott seriously. However, the fact that it has gained enough steam to become a news headline in some major publications is annoying. People need to relax.