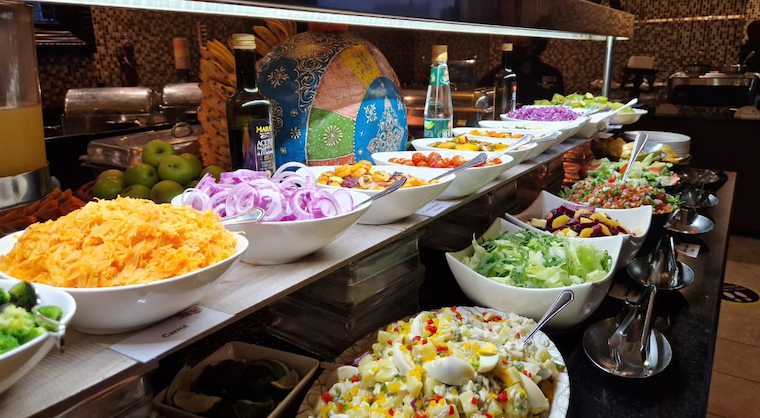 Last Saturday was the launch of the monthly Swahili Night at Protea hotel. It was an eat-till-you-drop buffet from 6pm to 10pm, where invited diners experienced the Kenyan kitchen.

Kenyans outnumbered Ugandans as this was “an extension of Kenyan diplomacy through culture (food).” However, the meals had a slight Ugandan touch and appeal – a bit more soupy and stewy than the usual ‘drier’ Kenyan meals.

The expected Kenyan foods were aplenty. Ugali, mchicha (sukumawiki) and mrenda stew stood out. Although the mchicha was a bit overcooked either because it overstayed in the serving dish or they delayed blanching it, it pulled off authentic tastes.

As for the milky and slimy mrenda stew, it flawlessly paired with the coconut rice, ugali, and goat pilau. The Irio (green peas mashed potatoes) was okay despite having a lumpy inconsistency, especially with the annoying raw onions.

Perhaps, the onions should have been blended before they were added to the mash potatoes. But maybe that is the Kenyan way. The lamb was perfectly seasoned and quite tender and did not really require one to cut into smaller pieces in order to enjoy the succulent juices.

Meal of the day was the baked samaki (Nile perch). For its sheer large size, it was amazing how they managed to bake it wholly intact and well cooked on all sides. Its fresh meat was extremely flavourful, moist and chewy.

The coconut offered a delicate fine balance to both the rice and fish stews. The colourful dessert was variety-rich.
As for the kinolo (steamed banana cake), it lacked the banana flavour and also lacked any hints of nutmeg and cinnamon which it was supposed to have.

According to the hotel management, Swahili Night will be happening every last Saturday of the month at Shs 65,000.