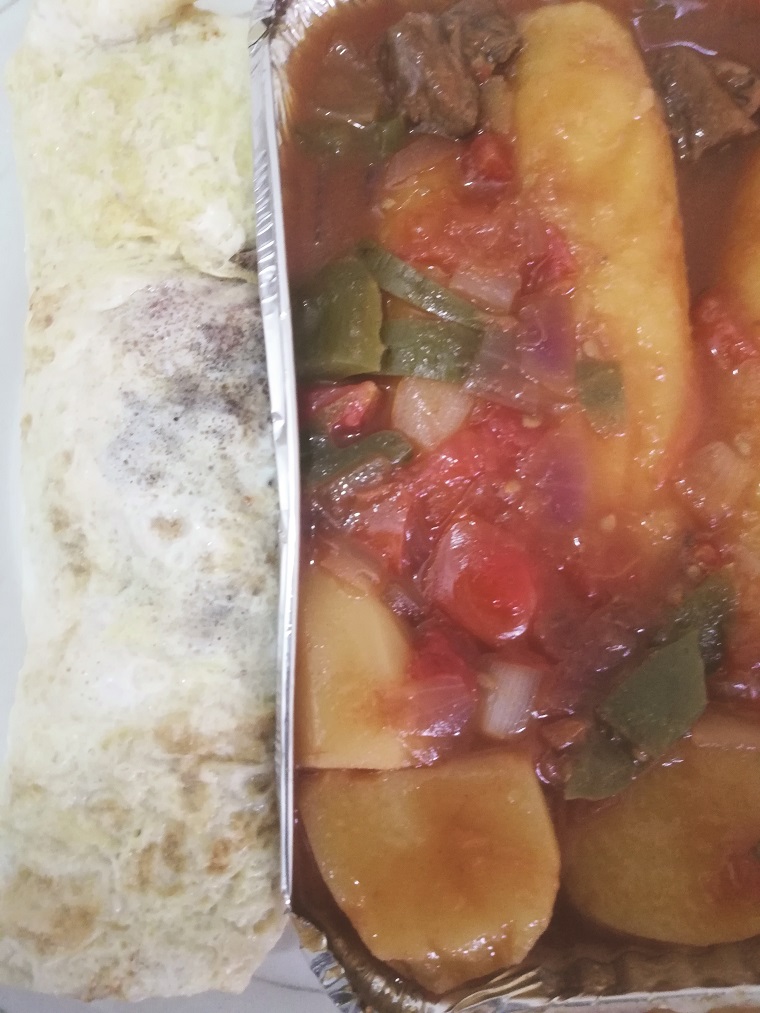 As I scrolled through the Glovo app for Monday morning breakfast options, a breakfast-only restaurant appeared a little mystical. Not many details about its location, and until they delivered, it was hard to tell their actual physical location as even the online search returned zero results.

From the paper bag that carried the Shs 5,000 African tea, the only physical address hint was ‘Kireka-Kyaliwajjala road’. It also revealed a change in name from the one on the Glovo app.

On Glovo, it is Harvest Breakfast while on the paper bag it is Snacks Harvest. The mystery continues further on the pricing and the food varieties. What in the world does a chicken omelette taste like – let alone look like? Well, it’s wet fried chicken cubes wrapped in a classic French omelette.

On the app, the price is Shs 7,000 but about 12 minutes after confirming the order, they called and said the pricing on the app was wrong and the right price was Shs 12,000. Then, they also don’t have that product, but “the chef can order for it”. Huh?! From where?

Somehow the boneless and crunchy fillings stay intact all through. Who knew eggs could be such a sealant?

The pairing appears natural and homemade. The soupy katogo (matooke, Irish potatoes and meat stew) also has a mysterious taste. Although it looks fried, going by taste, it is boiled. And whereas you can smell off the meat aromas, the small meat pieces have no direct taste connection with the matooke and Irish potatoes. It is as if they are on their own, orphaned therein.

The taste mystery still remains and I would need a second chance to pass my final verdict.