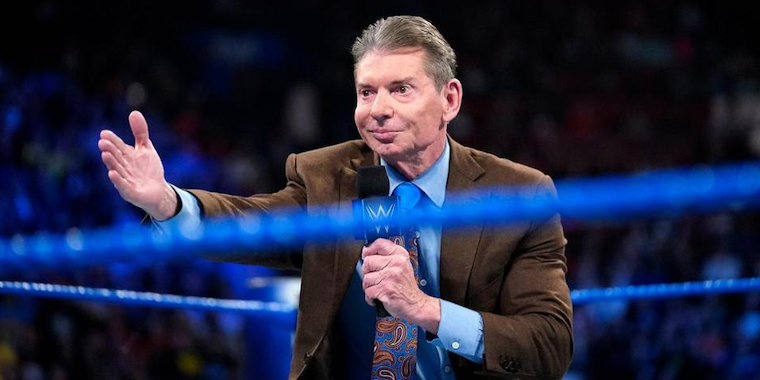 Vince McMahon revolutionized wrestling when he bought the World Wrestling Federation from his father back in 1982.

He turned the brand into a global juggernaut that has outlived the likes of WCW, TNA, and Ring of Honor. And now, four decades later, Vince’s time in the sun has ended. WWE shocked wrestling fans a few days ago when the company revealed that Stephanie McMahon had replaced her father as CEO and Chairperson.

We also learned that Vince had become the subject of an internal investigation. The aging wrestling giant reportedly paid a former employee $3 million to keep the details of their affair out of the spotlight.

McMahon’s decision to step back from his leadership responsibilities makes more sense once you realize that the board’s investigation uncovered similar cases of misconduct from previous years.

Some people are celebrating Vince’s potential departure because they think the quality of WWE’s products has fallen drastically over the years. Fans are still in shock over some of the talented athletes the company has released in the last two years, the most notable being Braun Strowman and Bray Wyatt.

You could argue that Wyatt’s popularity had nosedived following his match with Randy Orton, but most people agree that Vince’s team mishandled The Fiend. They had a star in the making, a compelling character with the potential to recapture the magic of legends like Cain and the Undertaker, and they wasted him.

Remember Aleister Black? Remember how excited we all got when he made his triumphant return? After an endless stream of terrible episodes, Aleister was the injection of energy Monday Night Raw needed.  And then they fired him. What the hell? Sections of the fanbase blame Vince for the terrible storytelling decisions that have plagued the company.

Their inconsistency is incredibly infuriating because WWE has some of the worst weekly episodes of wrestling in the industry. The wins and losses don’t matter; storylines start and disappear without explanation.

But then you get to the premium live events, and WWE exceeds every expectation. This annoys longtime fans because it proves that Vince can deliver an entertaining show if he tries.

But then the weekly episodes resume, and WWE settles back into their usual trend of mediocre 3-hour wrestling shows.
Could Vince’s departure herald a new era of quality programming? Most of us know better. First of all, Vince still has creative control.

Secondly, the company is sorely lacking in talent. They wanted to ride Cody Rhodes’ coattails for a few more weeks. And in truth, even with the skepticism he earned from diehard AEW fanatics when he returned to WWE, Cody proved his worth at Hell in a Cell.

Despite tearing his pectoral muscle off the bone, the man marched into the ring and delivered one of the most outstanding matches wrestling has ever seen. The entire world gasped when he threw his jacket off, and we saw the bruise. By the time Seth Rollins took his third consecutive loss, Cody had become a megastar. But now he is injured and out of the picture.

Roman Reigns is still WWE’s biggest draw, but he signed a new deal that drastically reduces his appearances on Smackdown. The company cannot count on him to keep fans interested. Sasha Banks is gone, and the less said about that whole Sasha/Naomi debacle, the better. Becky Lynch is doing wonders at the moment, but you cannot expect her to carry the company singlehandedly.

Bianca and Asuka are the only competitors on her level, and Becky cannot fight those two every week. Nicki Ash’s potential heel turn could change things for the better. But for the moment, the Nicki Ash/Dou Drop combination is not working.

I know that people are rooting for RK-Bro. Riddle has revitalized Randy’s interest in wrestling. In return, Randy has turned Riddle into a star. But guess what? We have not seen Randy in weeks.

Oh, and considering what doctors have said about Big E’s neck injury, don’t expect the athlete to return anytime soon. WWE has more problems than I could list. It will take Stephanie months to fix things. But with the way WWE’s ratings have plummeted in the last two years, I don’t know if she has that time.