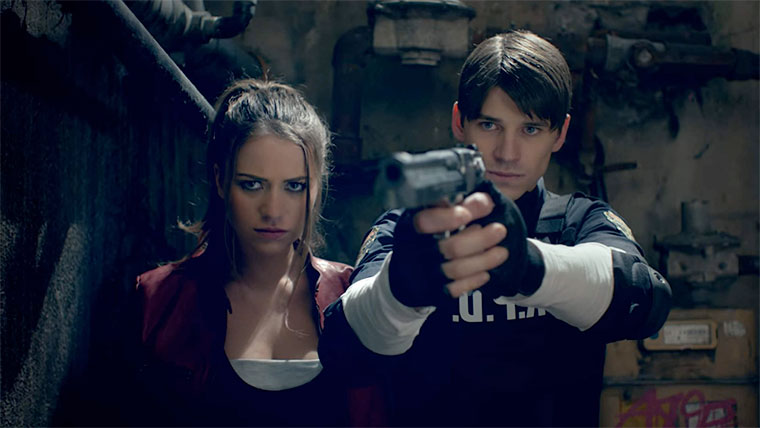 Netflix has finally given us the first trailer for their upcoming Resident Evil TV show. I don’t know who is excited about this project.

Resident Evil: Welcome to Racoon City was awful. I don’t expect the Netflix show to do any better. Fortunately, Resident Evil is not the only video game receiving an adaptation. Most of us are anxiously waiting for HBO’s The Last of Us. If you have never played this game, I urge you to do so.

Oh, wait. You don’t like video games? It doesn’t matter. Play The Last of Us. You could not ask for a better introduction to the medium.

We should probably talk about God of War. I know that Amazon is working on a Mass Effect series, and that is still my favorite game. But at the moment, God of War is a more interesting topic, because I don’t know if they can pull it off.

Which story will they explore? The game has two phases. The original story, which began in 2005 when the first game came to the PS2, followed Kratos, a battle-hardened Spartan who initially served Ares, the Greek God of War. But when Ares tricked the Spartan into killing his family, Kratos swore vengeance.

He spent the next three games wreaking havoc on the Greek pantheon. I am probably the only person in the world that wasn’t impressed by the original trilogy. I liked the concept, and the first game blew me away, but as a storyteller, I tend to prioritize the plot and characters above all else, even in video games.

Action-heavy titles like Doom are the exception. But if a game has a substantial narrative, the story has to pique my interest.

After a few years, Kratos’ rampage lost its appeal. He was just a monster running amok and doing more harm than good. I could not root for him, which killed any enthusiasm I had for the franchise, so I tapped out before finishing the second game.

Many gamers love this franchise. I returned to the God of War train in 2018 when Santa Monica Studios kickstarted the second phase of the franchise.

God of War 4 flipped the script, jumping decades into the future and giving us a glimpse of a drastically changed Kratos. It is a masterpiece, right up there with The Last of Us. And if I were in charge of the TV adaptation, I would make God of War 4 the focus. But that raises a question.

God of War 4 only works because we saw Kratos during his younger days. We know who he was and the drastic transformation he underwent. The self- restraint he shows in the 4th game is only appealing because we have seen what happens when he lets the darkness in his heart loose.

Can mainstream viewers enjoy a series that shows them what Kratos has become today if they don’t know who he was in the first three games? Is it better to adapt this story from the beginning?

A show about that original Kratos does not interest me. On the other hand, I don’t want to deal with flashbacks, but flashbacks would become a necessity if Amazon decided to start Kratos’ story from God of War 4.

Then again, is it even possible to adapt it for TV? The game is brimming with fantastical elements. They would require a Game of Thrones-sized budget to fully realize Kratos’ world.

I will wait until Amazon’s Lord of the Rings series debuts to decide whether I should be optimistic or pessimistic about this adaptation.