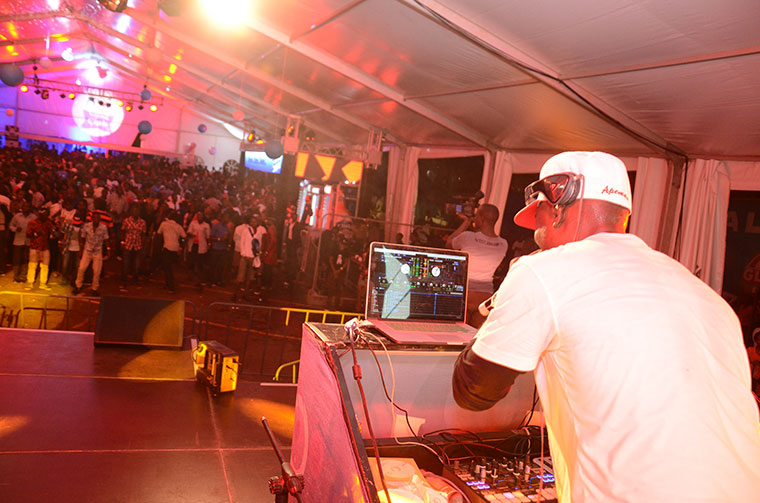 After nearly two years of staying closed – well, mostly – due to the Covid-19 pandemic, Uganda’s night scene came to life again on Monday after the president fully opened up the economy.

The last few weeks have had bar and club owners in a frenzy with many in high-gear preparations to welcome back patrons, while artistes are also already promising to put up show-stopping performances for their thirsty fans.

Places that had lain neglected now have a fresh coat of paint and proprietors are investing in the businesses once more as the battle for patrons resumes.

For entertainment spots such as Fusion Auto Spa Munyonyo, preparations to resume business went beyond just polishing up the place, but have also involved expanding the venue to create space for bigger numbers, and management has also added on accommodation.

Robert Ssemwogerere, the proprietor of Fusion Auto Spa, told The Observer that preparations involve expanding the bar from a small space to an open space where revellers can have enough room to party without feeling too crowded.

“We have slashed the grass, trimmed the flowers, polished the speakers and refurbished the furniture. We have also retrained our workers on how to handle customers as well as making sure that they are all fully vaccinated. We are also going to have a database for our clients, which will help us know who is vaccinated or not, because it is going to reach a time where we shall not be allowing unvaccinated revellers because they will be a danger to others,” Ssemwogerere said.

He also said the bar is being extended to include an eco-resort hotel which will offer accommodation to revellers that could be too tired to get back home, as well as tourists.

“When bars were closed, we made an assessment and decided to move from just a bar to a clearly defined tourist destination. We have set up cottages that are eco-friendly and put in place other hotel facilities so that people can come, drink, enjoy and be able to spend the night instead of risking driving back home while drunk. We don’t want to lose our dear customers to accidents or have them arrested for driving under the influence of alcohol,” he said.

However, Ssemwogerere said reopening up his bar has not been an easy task, because they have not been fully working for two years and yet getting the place ready for business again required sinking in money on top of paying for overhead costs they have had to meet whether operational or not.

“Since we are now opening, landlords, revenue collectors, electricity and water companies are all going to come knocking demanding that we pay their bills yet it is going to take some time for business to stabilise. If only government could provide us with soft loans or stimulus packages so that we can put our limping businesses back on track!”

He also noted that they have lost most of their competent and experienced workers because of the long lockdown; they went on to find other jobs for survival, while some died of Covid-19. Ssemwogerere has to start from scratch and look for new employees.

To celebrate the reopening, Fusion Auto Spa held a musical bash on Tuesday, January 25 in their two-acre gardens, while on Friday they will be treating partygoers to electrifying performances from Nina Roz, Karole Kasiita, Gravity Omutujju, and Roden Y Kabako, among other musicians.

On February 11, the place will hold a kickboxing match between Titus Tugume and Daniel Gillihan from USA and on Valentine’s day, they will have Omulagira Ssuuna treating lovers to some ballads.

For others like Vegas Chill Out in Ttula, Kawempe, they have used the lockdown to remodel the premises and improve on the structures to match the current trends in the industry and the opening up has found them still finishing up the renovations.

Joseph Kaweesi, the manager of the bar, said this won’t deter them from welcoming back their patrons.

“We want to make sure that the sitting arrangement is very spacious compared to the previous times because we want to avoid overcrowding. All our employees are also back to work and ready to welcome back our customers,” he said.

Veteran live band performers Afrigo band are among the acts expected to be busiest now that entertainment spots have opened up. Uganda’s beloved and oldest band is already fully booked for the whole of this weekend, with performances at Club Guvnor on Friday, January 28, Club Obbligato on Saturday, January 29, and Forest Park Buloba on Sunday.

Moses Matovu, the band’s longest- serving member and frontman, told The Observer they are planning a mega concert to celebrate the band’s 46th anniversary later this year.

Matovu, however, warned Ugandan artistes not to be so excited about the reopening and rush into organizing shows, because fans can sometimes disappoint.

“For the long time I have been in this industry, I have studied the nature of our fans. They are so good at hyping and talking enthusiastically on how they attend shows when they actually don’t. So, we may see them all excited about how they can’t wait to party again but get surprised when many shows are not well attended; therefore, artistes should not let the excitement being displayed by the fans rush them into doing things,” Matovu said.

It is a true fear that Ugandans could have become comfortable with retiring to their homes by 7pm, and it could thus take a while for them to rediscover their partying genes.

Interviewed by The Observer recently, veteran events organizer, Abbey Musinguzi of Abitex Promotions said they are well prepared to resume organizing concerts and are already finding ways to ensure the safety of the revellers is guaranteed.

“We are very prepared because we are quite experienced in what we do. Even though they have put lots of restrictions on us, some of which are a bit pressing yet we have spent a long time without working, we are more than willing to comply with each and every condition,” Musinguzi said.

Abitex’s first concert is going to be on Valentine’s day at Club Obbligato and thereafter at Theatre La Bonita on February 26 and 27.

On the other hand, Swangz Avenue has already announced February 27 as the return of their annual picnic event, Roast & Rhyme. Julius Kyazze, the CEO of Swangz Avenue, said they are getting back to their old schedule even though they don’t expect everything to be as it was before.

“For some events, we will have to scale back on numbers just to prioritise the health and safety of revellers because even though the government is opening, the Covid-19 challenge is still here. We are also prioritising security because of the recent terror attacks.”

Pallaso, who has had tremendous success in his music career in the last two years, is the first artiste who has already indicated plans of holding a concert this year. In a poster making rounds on social media, the Malamu hit maker will hold his concert on March 18 at Lugogo Cricket Oval, a venue many industry players say is hard to fill.

But Pallaso has had a good run despite the pandemic hardships, and he is hopefully dealing with a thirsty fan base. Like his brother Jose Chameleone, Pallaso has new music that has done quite well in rotation.

Local artistes aside, continental acts are also warming up to jet into the country to give their fans a live experience of music they have been jamming to. So far, Nigerian superstars Fireboy and Ruger have been confirmed to perform in Kampala soon.

Fireboy’s concert is slated for April 30 at Lugogo Cricket Oval, while Ruger is expected sooner on February 12 at a venue yet to be announced.

In a tweet to announce his appearance, Ruger said, “Uganda what’s good! Your love and support has always blown my mind. I will be live in your country Feb 12th, 2022.”