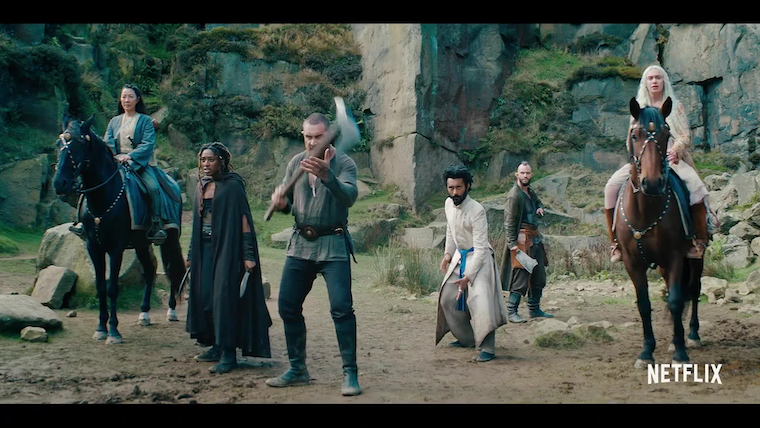 Last year was decent for Sci-Fi and fantasy. I have not watched Dune yet, but I have to assume it was as epic as everyone says.

Shadow and Bone is a strange case, because it was praised and derided in equal measure. But the Leigh Bardugo novels are just as divisive. Some people have a burning hatred for the tropes the genre has popularized, and you can see that hate in the criticisms Shadow and Bone attracts.

The Witcher Season II was probably the only rousing success of 2021. Foundation was not quite the slam dunk everyone expected. Overall, I think Sci-Fi did better than fantasy. You had Love, Death + Robots Season II, which was a significant step down from its predecessor but still entertaining; Invincible, which failed to hold my interest, Resident Alien, which was surprisingly funny, and more.

I expect 2022 to flip that trend because we have several exciting fantasy fiction adaptations coming out this year. The most prominent of these is House of the Dragon.

The adaptation has an uphill battle because this is a prequel. We know what happens to House Targaryen, and that robs the show of its mystery. Lord of the Rings does not have the same hurdle. Yes, it is also a prequel; however, most viewers have never heard of the characters that inhabited Middle Earth during the Second Age.

On the other hand, we know that most Targaryens are dead by the time Game of Thrones starts. We also know the identity of the Targaryen sitting on the iron throne when the House falls.

Amazon’s LOTR adaptation will introduce an entirely new cast of characters, some of whom lived to see the Third Age, despite their absence from the War of the Ring.

The Witcher: Blood Origin is even better placed than Lord of the Rings. The latter will connect to Peter Jackson’s films somehow.

The adaptation has to flow seamlessly into the events of the original trilogy. House of the Dragon will flesh out events the Game of Thrones TV show has mentioned on numerous occasions. This leaves the door open for plot holes and contradictions.

The Witcher: Blood Origin is wholly divorced from The Witcher seasons I and II. The Witcher takes place in a world rife with monsters. Henry Cavil’s Geralt is a Witcher, a monster hunter that protects the innocent from those creatures that stalk the night.

I would have preferred a show set in the recent past, an era where witchers were more common. Even in the games, we don’t see enough of the other witcher schools. But The Witcher: Blood Origins looks interesting.

And so does The Sandman, which follows Morpheus, the personification of all dreams, an immortal entity imprisoned for centuries, now finally free. Neil Gaiman is not my favourite author, but a competent showrunner could turn The Sandman novels into an exceptionally entertaining adaptation.

A Discovery of Witches will return for  its third season in 2022. Season one was shockingly entertaining, but season II sucked. Hopefully, season three will ditch the wasted time travel element and rediscover the spark of season one.

I never watched the original Interview with the Vampire, and Anne Rice’s book is just as alien to me. But I will probably give the new adaptation a chance.

I still have not watched His Dark Materials. I remember reading and enjoying The Amber Spyglass at 14, but I have not revisited that franchise in ages. I may catch up before the show returns for its third season this year.

All in all, I’m optimistic.