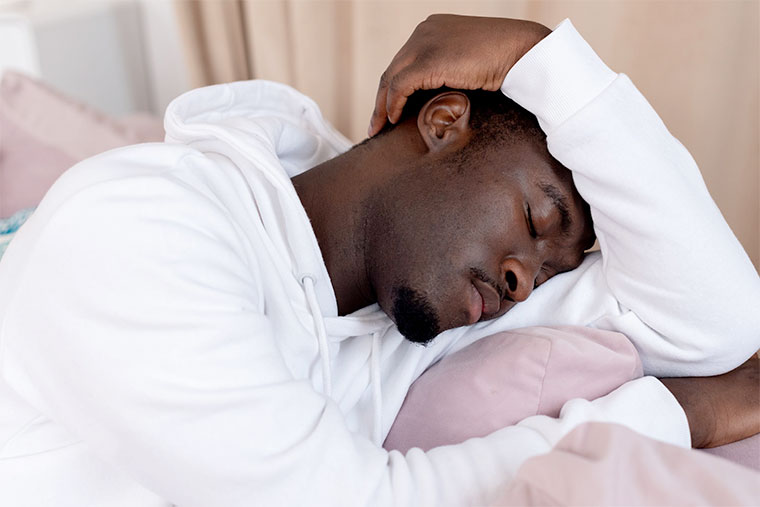 People often speak of the ‘magic’ of childbirth, but in my opinion, it was nothing but torturous, and there definitely wasn’t anything magical about it.

I felt like my body had been battered and abused, and even though everyone said you forgot the pain once you saw the baby, I was traumatized and there was no way I could forget the excruciating pain I had been through over the past seventeen hours.

When they laid my baby on my chest, I expected to feel that rush of overpowering love that all new mothers supposedly feel when they see their babies, but I was still in pain and so exhausted that all I could manage was a quick peck on his forehead, before I felt myself begin to drift off, and my baby quickly retrieved before I dropped him.

As I dozed off, I couldn’t help but feel immensely disappointed in myself; I had thought that after the torture of labour, there would at least be the reward of that magical love when I saw my son, but I felt nothing close to that and so I started to question myself.

Was there something wrong with me? Was I a terrible mother? How come I wasn’t experiencing what was meant to be a natural reaction between any mother and her newborn child? If even animals felt that love and protectiveness towards their young, why didn’t I?

The private room I had booked for Julie’s delivery package had an attendant’s bed and a couch, and once all was done and the excitement of the birth had begun to settle down, I was flooded by such exhaustion that for a while I actually considered crashing on the couch before attempting to drive back to the flat (Sandra had already laid claim to the attendant’s bed).

But after almost a full day awake, the two-seater couch that I could not fit on without folding and contorting my legs and body uncomfortably, just would not cut it; so, back to the apartment it would be.

Julie had blacked out minutes after the delivery and stitching was done, and I could not blame her; it had been a long and difficult labour and having witnessed all that she went through to bring forth our son filled me with not just gratitude towards her, but awe and respect as well.

Nonetheless, it did not really change anything as far as my return to the house was concerned; I knew I still had to follow through with that, though I would hold it off until Julie had been discharged and was comfortably settled back into the flat.

After all that she had been through, I owed her at least that much, I thought to myself and decided I would call Diane and let her know my return was still a few days off.

I would also have to call the office and come up with a convincing story of some family emergency to get a few days off. Theoretically, I was entitled to paternity leave, but I could hardly inform HR that my mistress had just given birth to my fourth child; so, I would have to get creative with my story.

For now, I was exhausted and all I could think of was getting back to the flat and into bed; everything else would have to wait until I had gotten a few hours of sleep, I told myself. With my eyes barely open, I left the hospital and drove back to the flat.

David finally called the following afternoon, and while I was still mad at him for his sudden disappearing act, at least he had the grace to sound embarrassed when he did eventually call.

“Hi; I’m sorry I didn’t get back to you yesterday,” he began, then paused before announcing: “Julie gave birth early this morning.”

His tone was hesitant, like he was unsure of how I was going to respond to this announcement, and for a few seconds I was not sure of how to respond either.

“Congratulations,” I finally answered dryly, my voice dripping with sarcasm.

He ignored that and went on, “I’m going to wait until she’s discharged, but I should be there this weekend.”

I suppose I should have been glad that at least the birth of his bastard had not changed his plan to return to the house, for at least that was a victory, but it was one that was overshadowed by the fact that all I had fought so hard to prevent had actually happened; David’s bastard was here, and now he had another son.

I wondered what he looked like, and prayed he didn’t look like David; Daniel did not look anything like his father and I knew that their physical differences had contributed to all the other differences in their relationship.

If this son looked anything like David, he would be starting life with an advantage that my son had never had, and that would be adding insult to injury in my books.

How did Diane know that Julie gave birth to a son?