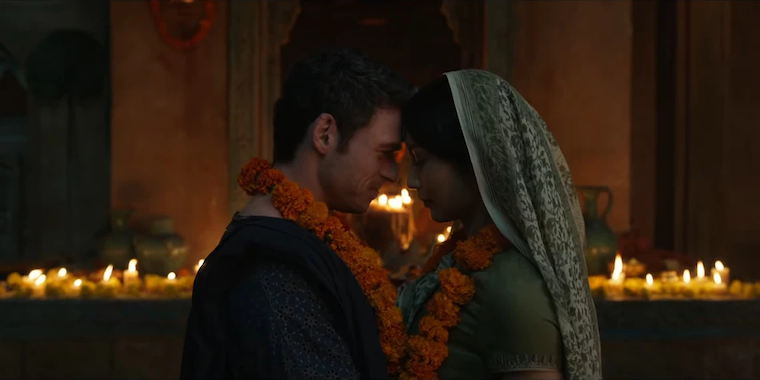 Eternals is finally out. No, you can’t watch it in Uganda; I expect our cinemas to remain closed until January 2022, if we’re lucky.

The reviews are mixed. Online conversations may trick you into thinking it was a total failure, but those exaggerations are far from true. At 47 per cent (Rotten Tomatoes), Eternals is the worst reviewed Marvel Cinematic Universe (MCU) movie ever. But that is the critics’ rating. The audience score is still a healthy 80 per cent, which is lower than most MCU movies. But 80 per cent is an excellent rating.

Admittedly, Eternals is unique. Every time a controversial movie scores poorly on Rotten Tomatoes, audiences are quick to dismiss the critic rating, especially where big budget blockbusters are concerned. But in this case, the backlash against the critic rating has been almost nonexistent. For once, moviegoers have chosen to behave.

The discussion surrounding Eternals has been largely civil. In fact, rather than attracting conflict online, Eternals has united a small contingent of moviegoers who use every opportunity they get these days to dismiss the movie as a complete failure.

But again, the data refutes that claim. First of all, Eternals made $71m domestically in its opening weekend, an incredible achievement for the pandemic.

Secondly, despite what the conversation on social media might suggest, opinions about this movie are divided. If anything, you have to commend Chloe Zhao for refusing to play it safe with Eternals, because audiences are quite passionate about this movie.

People either love or hate it. Lukewarm reviews are rare. I have not seen it, so I can’t comment on the quality of the installment. I can barely contain my excitement for this movie. And I have every intention of watching it on the big screen.

I don’t care how long I have to wait. In the meantime, I will keep my curiosity sated by following the non-spoiler discussions on the internet. Though, what I don’t have patience for are all the people that keep predicting the MCU’s downfall.

The New York Post is the latest publication to test my patience. They published an article a few days ago titled Please Kill the Marvel Cinematic Universe, which interpreted the critical failure of Eternals as a sign that the MCU was on its last legs.

The writer implored Kevin Feige to bring the franchise to a quick end before a series of successive failures ruined the producer’s legacy.

You know what I have to say to those claims. In fact, we discussed this matter a few weeks ago. People forecast the death of the MCU every other month. My initial response to that article was annoyance. Why was a major publication rehashing such a tired argument?

Disney has produced 26 movies thus far. Of those, the franchise can only point to three undeniable failures: Antman and the Wasp, Thor 2, and Guardians 2.

To be fair, all those movies made money. But the critical and audience response was lackluster. Even if you add Eternals to that list, that still leaves the MCU with 22 successful installments. No other franchise can boast such an incredible run of triumphs.

Additionally, before anyone suggests that the MCU’s best days are behind it, try to remember that Shang-Chi and The Legend of the Ten Rings came out a few months ago, and people are still hailing it as one of the best movies of 2021.

Four failures are meaningless in the face of 22 victories.