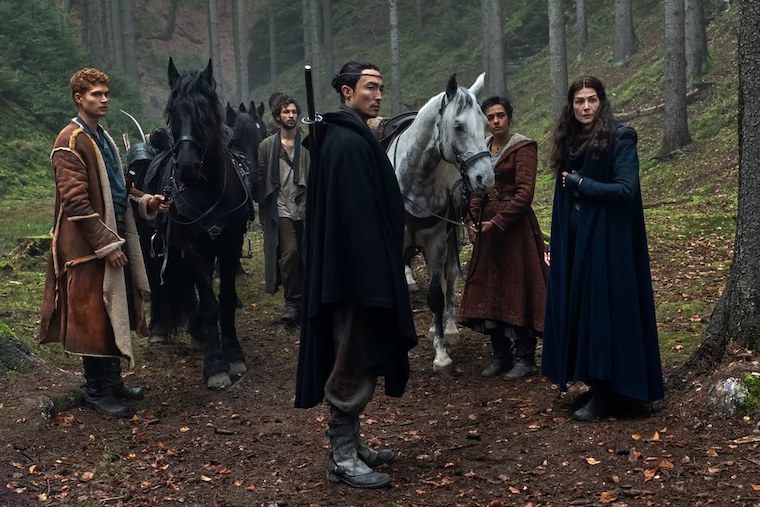 The first episode of The Wheel of Time TV adaptation will air in just a few days.

The fact that the release date is so close makes sense, because Amazon has been assaulting us with images and footage from the show for the last few weeks.

I still don’t know if I want to watch The Wheel of Time. I read the first two volumes several years ago and they failed to win me over. I am repeatedly tempted to give the series another chance, only because I love Brandon Sanderson, and, apparently, he did a fantastic job on the last three books.

But I don’t know if I have the patience to read 11 potentially unenjoyable novels to consume the last three installments.

Then again, I don’t like George R. R. Martin’s Game of Thrones books – yes, I know; the real name is A Song of Ice and Fire, but who has the time to write or even say all those words?

My point is this: I don’t like Martin’s books, but the show made me a fan because it did such an amazing job of adapting Martin’s stories, excluding the final season. So maybe, The Wheel of Time TV show will also win me over, giving me that final push I need to read the novels.

The reviews will make my decision for me. Anyway, this is what I really wanted to discuss: I understand why Amazon is throwing so much promotional material at us. I also understand why fans of the books spend every second of every day dissecting the upcoming series.

What I don’t understand are the numerous articles explaining the mythology of the series before it even airs. Just the other day, I came across a Screen Rant article titled Wheel Of Time: Aes Sedai Explained.

I get the reasons that would drive Screen Rant to publish that article. The Wheel of Time has a lot of traffic as a topic, and every online publication wants to benefit from the interest the adaptation has attracted from the public.

What confuses me are the people that read these articles. This happens with comic book movies as well. In the weeks leading up to the release of Eternals, YouTube was saturated with videos explaining the history and origins of those characters.

But why would anyone watch those videos? The purpose of watching an adaptation like The Wheel of Time is to discover the world Robert Jordan created decades ago.

Why would you ruin your enjoyment of the TV show by reading articles that spoil all the surprises?

They tell you what to expect, and that ruins the surprise. I am not telling anyone to stop writing articles or making videos like the ones described above. Additionally, I don’t want anyone to stop watching or reading these videos and articles. I am simply asking, ‘Why? What is the attraction?’

Why would you deliberately lessen your enjoyment of the show by ruining the surprises?