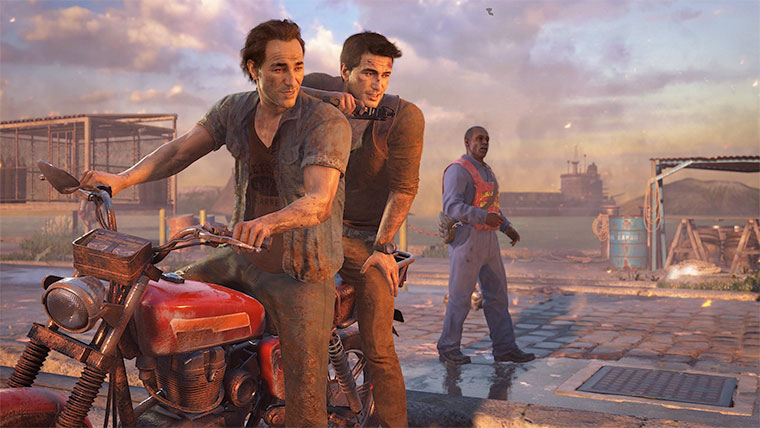 Uncharted 4 is jaw-dropping. A particular scene near the beginning stands out. Nathan Drake is in prison. A fight breaks out and for the first few seconds, all I can do is stare.

Why? Because the fight started with a cut scene. Then that cut scene ended and I barely noticed. If you don’t play video games, cut scenes are like mini-movies. They have a polished look to them, a fluidity that disappears the moment the game hands the controls back to you. The difference between cut scenes and gameplay in Uncharted 4 was so subtle I often missed the transition.

To understand why my strong positive opinions on this game matter, you need to know that I played Uncharted 4 a year ago and hated every minute of that experience.

The game is not at fault. This franchise has four major installments, and skipped the first three. Naturally, I had no attachment to the characters. I cared less about Nate or his relationship with his brother.

So, rather than start this journey from the beginning, I chose to jump to the end. It shouldn’t come as a surprise that I was bored out of my mind while playing Uncharted 4.

Also, this game wreaked havoc on my body. From what I’ve read, the frame rate is to blame. I need a better screen. I tried to limit my gaming to hour-long sessions, but even then, by the time I switched the console off, my head was spinning and my insides felt like they wanted to jump out of my throat.

And yet, even with all that discomfort, I can still say that Uncharted 4 is a masterpiece; a gaming achievement few titles can ever rival.

I decided to mention Uncharted 4 today because Sony has finally given us a glimpse at Tom Holland’s Uncharted. The live-action adaptation, which comes out in February 2022, is a prequel.

If you have stuck with the Uncharted games ever since you met Nathan Drake on the PS3 in 2007, and don’t understand why the studio hired an actor with Holland’s boyish looks to play the rough, ragged treasure hunter, Uncharted 2022 takes viewers to the past, exploring the events that turned a relatively ordinary fellow into a globe-trotting legend.

Uncharted 4 is a masterpiece, because it is literally an action movie. Close your eyes and think about your favourite action/adventure movie. Now imagine a world where you can play that movie as you watch it, leading the characters through crowded streets with the push of a button, scaling sheer cliffs on tropical islands, leaping off exploding balconies, swinging your sword at a pirate in the hold of a burning ship.

Uncharted makes your most outrageous Indiana Jones-inspired fantasies a reality, which is why I could not understand the appeal of an adaptation. What could a live-action movie show us that we had not already seen in the games?

Uncharted 4, in particular, is an incredible blend of visually stunning spectacle, careful plotting, and engrossing character development: basically, every ingredient that makes a decent action/adventure film worth watching.

So why bother with a live-action adaptation? Well, I think the reception to the trailer answered my question. The gaming industry is so massive that, on occasion, I forget that a lot of people don’t play video games.

In fact, I have a feeling the majority of moviegoers have never even heard of Uncharted. And as far as action/adventure movies are concerned, this one looks decent. The response to the trailer is largely positive.

People are excited to see Tom Holland in what could become his most iconic role. I still believe that Monster Hunter is the best video game adaptation, despite all the hate it gets. I can’t see Uncharted dethroning it. But at the very least, the trailer convinced me to give the movie a chance.