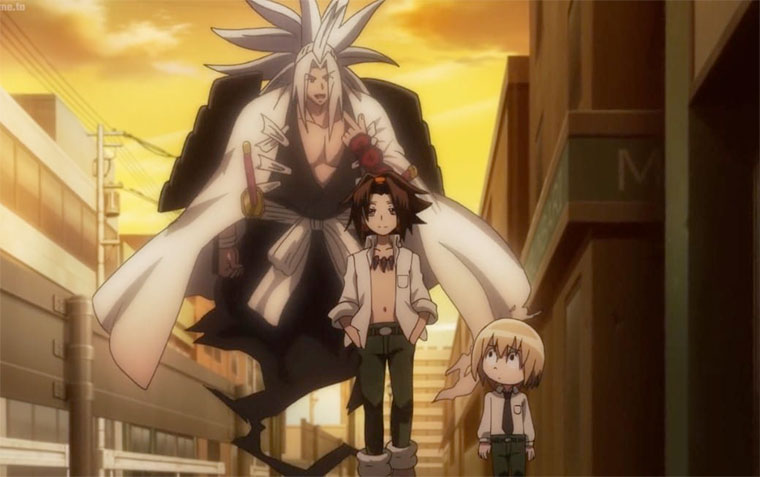 Written and illustrated by Hiroyuki Takei, the Shaman King manga debuted in Weekly Shonen Jump in 1998.

The Japanese comic tells the story of Yoh, a boy that can see the dead. Yoh is fighting to become the Shaman King, a mythical figure with the power to reshape the world.

Standing in his way is Hao, Yoh’s twin brother and a powerful shaman vying for the same prize. Unlike Yoh, Hao wants to eradicate humans. Shaman King is relevant to me because it is one of the first anime I ever watched. If you live in Uganda and we were teenagers at the same time, then your first anime was Samurai X or Rurouni Kenshin, depending on the translation you watched.

If you are anything like me, you nurtured an obsession with that show because it felt so different. I don’t know where your anime journey took you after Samurai X ended. It took me to Yu-Gi-Oh: Pyramid of Light, a 2004 animated movie that I watched and rewatched until the disc fell apart.

Then Shaman King entered the picture (along with Soul Eater) and it kicked the proverbial anime doors open for me. I distinctly remember seeing pictures of Asakura Yoh in an internet café and being astonished by his spiky hair and colourful headphones.

Then I read the synopsis and that part of my brain that loves to tell stories went nuts. My imagination could not fathom the notion of a character that could fight evil by forcing the soul of an ancient samurai to possess him.

After a lifetime of watching fairly tame western cartoons, Shaman King was a breath of fresh air. It showed me that fantasy was limitless in its potential for originality. Was the anime any good? I can’t say. I know I had fun watching it.

My brother and I could not stop repeating out loud and then laughing at Ryunosuke’s famous line ‘Besuto Pureisu’, which is basically ‘Best Place’ with a Japanese accent.

I have fond memories of Shaman King. So, you can imagine the disappointment I felt when I watched Shaman King 2021 a few days ago. Shaman King 2001 started airing before the manga had ended.

The second half of that initial 64-episode run consisted of wholly original content, created when the anime caught up to the manga. These days, when an anime adaptation catches up to the manga, the studio will take a break. They will give the author a chance to produce more content.

Back then, it was much easier to craft new arcs. The stories in the second half of Shaman King 2001 do not appear in the manga. The goal of the 2021 reboot was to finally reveal the sagas that fans of the manga read, but which anime-only viewers did not see.

Unfortunately, I won’t get to see the finale that Hiroyuki Takei wrote and illustrated in the manga. The reboot is utter garbage. I say this after watching 10 atrocious episodes. This show doesn’t have any redeeming qualities. The animation is almost non-existent. The fights look like still images from a comic book.

The characters are bland because the story is rushed. All the smaller scenes that explored the dynamics between the characters in the original show are gone, which is why the relationships between Yoh and his friends are so hollow.

I don’t know why they did this. I don’t understand why they would reboot this show only to half-ass the production. But I think I’ll rewatch the original anime if only to wash the vile taste of the reboot out of my mouth.