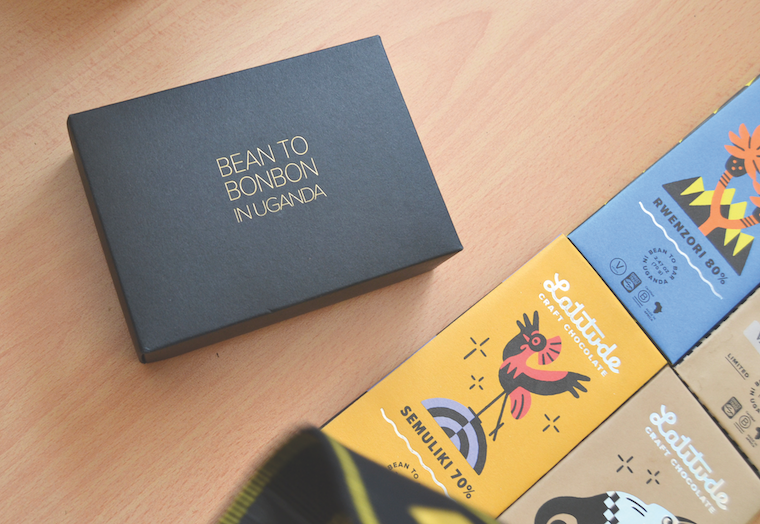 When The Observer visited Latitude Craft Chocolate factory on Bukoto street last week, the staff hardly noticed our presence as they were busy coordinating the dispatch of an unspecified order of chocolates to Japan.

It was obviously a good order that excited all staff. Yes, Uganda makes chocolates, and good ones at that. Japan is one of the international markets for these Ugandan and literally hand-made organic Latitude chocolates. Latitude claims to also enjoy a sizeable market share in the Netherlands, UK, USA, France and Austria because they make “chocolate in an ethical way – the way it should be made” according to Aggie Verdin, the public relations and marketing consultant.

Latitude prides in “purely Ugandan-made” chocolates with nearly all ingredients from cane sugar, cocoa to milk all locally sourced and processed entirely by 28 Ugandans.

Chocolates, like all the other luxurious products, usually fetch top profits for the ultimate manufacturers but utter exploitation for the farmers that kick off the supply chain, keeping them in revolving, perpetual poverty so that they can keep producing.

That is just how the global trade systems are deliberately designed – to make the rich richer and the poor poorer. There is an online documentary showing cocoa farmers in Ghana and the Ivory Coast, the world’s leading cocoa-producing countries, who are unaware of the actual look, never mind the taste of chocolate because it is too pricey for them to afford.

At $2.30 per kilo (about Shs 8,200) for fresh cocoa beans, Latitude says it is paying Ugandan cocoa farmers in Bundibugyo and Kasese – more than 50 per cent of what cocoa farmers in Ghana and Ivory Coast earn, and 20 to 25 per cent above the average global payouts. 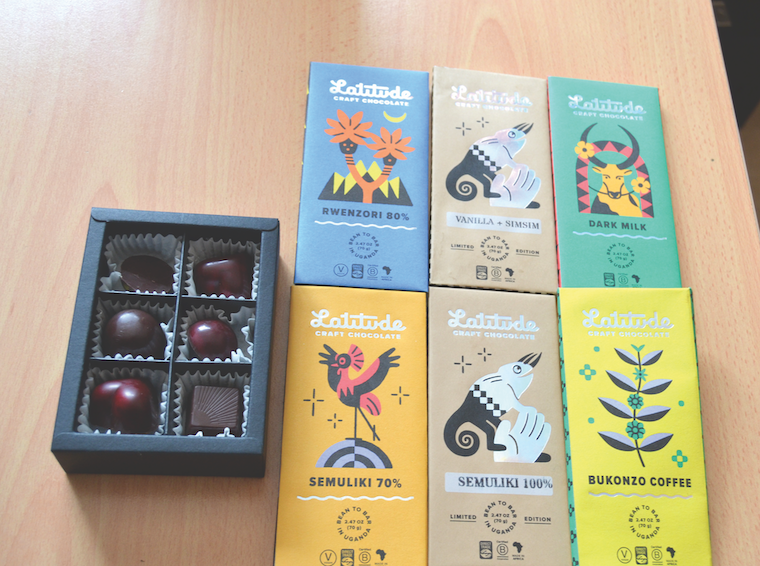 Ethics-conscious consumers, especially in the developed world, are now shunning leading and powerful brands including Cadbury, Ferrero Rocher and Mars for the smaller more ethically produced chocolates like Latitude. Certified as a B corporation – one that is concerned beyond profits but also cares about the community, customers, environment, governance, and workers, Latitude is not afraid to size up with the biggies.

“We make our chocolates in the most ethical way. We pay prime prices to the 2,500 farmers, because we buy fresh cocoa beans directly from them without involving any middlemen. Our chocolates have very little sugar, which makes them healthy... We are concerned about biodiversity, agronomy, about agro biodiversity. There is nothing of ours that goes to waste. We use the shells in cacao tea or send them back to the farmers to work as mulch,” says Aggie.

Through the Latitude supplier program, Aggie says, their farmers receive training in organic agronomy and financial literacy, among others. She says they are going to intensify and scale up the program to now include the provision of seedlings and other inputs for the farmers.

For now, because cocoa is harvested twice a year for just about five to six months, they provide unconditional small loans to farmers for use during the non-harvesting season to be repaid back after harvesting.

A visit to the tiny factory housed in two rooms makes you appreciate how labour-intensive and time-consuming the final 24-hour process of making chocolates is – the refining and conching stage.

But before that, there is five to seven days of fermenting at the fermentary and an additional seven days of sun drying and hand sorting before eventually the cocoa is sent to the open view factory on Bukoto Street.

Basically, it takes about 15 to 16 days to make a chocolate bar, couverture or bonbons. The process moves from harvesting to fermenting and drying, roasting, winnowing, refining and conching to tempering and moulding.

Lots of patience is needed with lots of manual recordings, because any slight veer off in flavour, taste or texture markup must be traced back to the exact batch, exact process, exact chocolatier, exact farmer, etc. Little wonder the staff work in two shifts.

The factory never shuts down except for the rare maintenance or cleaning up. There is no room for error but mistakes can happen, though extremely rare, says Marion Kasemiire, the head chocolate maker, one of the operators of the bean roaster.

“As you know, we’re human beings; you can maybe key in the wrong figures, miss or forget a particular step and when you do this, you get different flavours. So, we have to keep recording all through so that we’re able to trace at what point the process went wrong so that the mistakes are never repeated,” Kasemiire told The Observer.

Chocolate is indeed about flavours. Get them wrong and the taste changes altogether. The roasting at 115°C that takes about seven minutes and another seven minutes of cool-off is supposed to further induce these flavours just like the fermenting stage. A batch of 60kg is roasted for about 30 minutes.

From middleman to chocolatier

Kasemiire, who prides in being a fast learner, says she was able to learn to make chocolates in just three weeks after being taught by Latitude’s American founder Jeff Steinberg.

Incidentally, Jeff initially just wanted to amass as much cocoa beans as possible – a middleman between the farmer and chocolate factories. But while in his kitchen, according to Aggie in Port Bell Luzira, he birthed the idea of a factory around 2016 after it turned out to be too expensive to keep sending samples to the USA for critique.

It was around 2019 that local production began with the company now employing 28 full-time staff - 18 at the factory in Bukoto.

“Ultimately, having seen a gap in the market for quality Ugandan cocoa, we found our way to the sector through a willingness to learn, experiment and the crazy idea that we would buy 25 metric tonnes of cocoa and figure out what to do with it. Learning how to source and ferment cocoa takes a lot of trial and error and it’s quite expensive to send samples to the USA for critique. So, to shorten our feedback loop, we decided to start making chocolate at origin. When it’s your own chocolate that is your only source of dark chocolate, you learn to improve quickly. Soon enough we’ve got ourselves a proper factory.” Jeff recently explained to Confectionery Production.

Unlike the commonly imported chocolates, Latitude chocolates have a distinctive taste due to the low sugars therein. They are less melty, but have a beautiful tasty ease off and aftertaste. Given how refined the packaging is, it is hardly believable that they are hand-packed, but they are.

The White Caramel, the sweetest of the lot – their dulce de leche – contains caramelized milk and molasses-flavoured cane sugar. This would be the most appealing to both regular and non-regular chocolate eaters.

Bukonzo Coffee like the name suggests, contains Arabica coffee from the Rwenzori mountains with a bitter coffee punch. For the calories-conscious, at 200 calories, the Semuliki 70% bar is the safest of the lot.

It is dark chocolate with hints of panella and fig, while the Rwenzori 80% bar is the bolder and darker version of Semuliki 70%. For the dark chocolates, there are only two ingredients - cocoa and cane sugar.

Aggie says soon they want to add new flavours of jackfruit and gonja (plantain), and that would put a true Ugandan twist to these chocolates.

IS IT POSSIBLE TO VISIT YOUR FACTORY
Report to administrator