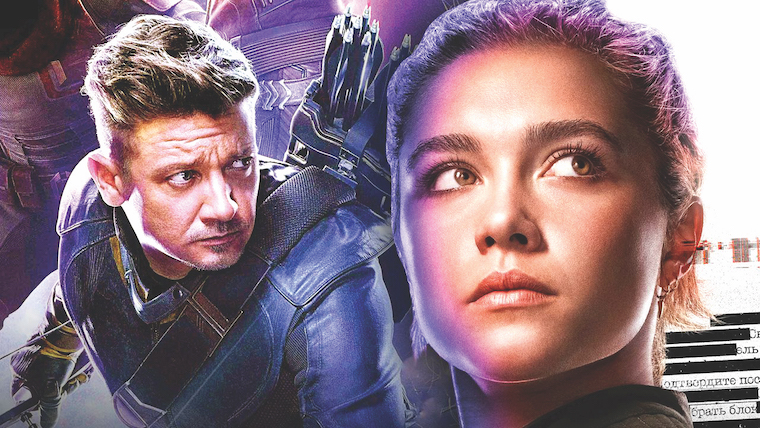 As far as I can tell, Hawkeye is the final Marvel Cinematic Universe (MCU) show to debut in 2021. We got the first trailer a few days ago and while I wasn’t impressed, the MCU has a great track record, which is why I chose to remain optimistic.

So…let’s wait. Hawkeye comes to Disney+ on November 4. Disney has two more months to wow me with their marketing; they do this all the time.

They start by testing the waters with teasers that do not fully capture the feel or scope of the stories they want to tell. But eventually, they blow us all away with additional trailers.

I am yet to watch Black Widow, but when it was first announced, I could not have disagreed more with the people who chastised Disney for waiting so long to greenlight a solo Black Widow project.

Those cries are not new. Demands for a Black Widow film began as far back as 2012 when the first Avengers came out. I have never understood the appeal.

Don’t get me wrong. I like Black Widow. But in my opinion, she works best as a supporting character. Natasha’s story does not have enough meat to support an entire movie.

She’s a spy. You could argue that the MCU already experimented with the spy genre when they made The Winter Soldier. But that movie was headlined by Chris Evans’ Captain America. The presence of the super soldier elevated the sequel above the typical espionage fanfare.

Natasha is just a spy. We have seen tragic backstories like hers a million times on screen. And yet, fans of the character were convinced a solo Black Widow film was just as necessary as the next Thor sequel.

Those cries were primarily driven by the character’s gender. People wanted a female-led MCU film and Scarlet Johansson’s Natasha Romanov was the only viable candidate to lead such a project.

Why do I think this? Because the same people that kept demanding the Black Widow solo movie have spent the last few years dismissing Hawkeye as the most worthless character in the MCU.

This strangely negative opinion of the hero began after the first Avengers, a movie that, in my opinion, made excellent use of Jeremey Renner’s character. Before its release, people kept touting Age of Ultron as the sequel that would finally give Hawkeye his due.

But I did not sympathize with those sentiments. Hawkeye was greatly served by Avengers 2012. Rather than losing him in the movie’s cast of bright, explosive superheroes, it offered the character a prominent role on the opposing side, affording the archer a multitude of opportunities to showcase his skillset.

And yet, as impressed as I was by Hawkeye in 2012, I had no interest in watching his solo movie. Like Black Widow, the character was severely lacking in storytelling potential, which is why people that disregard Hawkeye only to demand a solo Black Widow film perplex me.

But we got that Black Widow movie; it is only fair that Hawkeye gets his moment in the sun as well. His show takes place after Avengers: Endgame.

Clint went on a killing spree in the aftermath of Avengers: Infinity War. The Disney+ show will pit him against the enemies he made during that period. Disney has confirmed that they will use the show to pass the mantle of Hawkeye to Kate Bishop, his new protégé.

But this does not necessarily mark the end of Clint’s time in the MCU because he can always return as Ronin. Here’s the thing with Ronin. The character is dark and violent.

The trailer was funny and lighthearted but I think the final product will have a lot more grit.