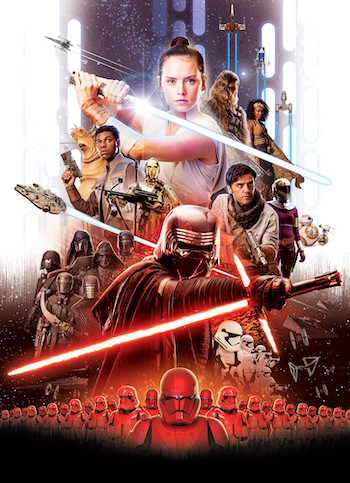 As a fan of the movies, do you get the sense that you have to keep defending the Marvel Cinematic Universe (MCU)?

Is this what success does? Must it always attract unnecessary criticism? As human beings, it feels like we have made it our mission in life to attack every major triumph we encounter.

Remember when Game of Thrones was the biggest show in the world? What happened next? People started flooding the internet with posts about the franchise, either condemning it for being overrated or boasting about the fact that they had not watched a single episode.

Star Wars went through a similar phase. The more hype a thing attracts, the more joy people extract from dismissing it.

This brings us to Denis Villeneuve. To some people, Denis (pronounced Deni) is the greatest director in the world today, responsible for the likes of Blade Runner 2049, Sicario, and Arrival.

Because of his status as a renowned director, when Denis Villeneuve says that “There are too many Marvel movies that are nothing more than a cut and paste of others”, people cannot help but listen.

Entertainment outlets have spent the last few days running with the story. A lot of publications accused Denis of  “bashing the MCU” but I don’t know how true that is.

People are allowed to have opinions, positive or negative. Personally, I don’t think he has seen enough Marvel movies to accurately judge the franchise.

If he has, I cannot fault him for not liking them. However, as you may have guessed, his comments did not go down well with MCU fans, many of whom promised to give Dune, his latest project, a wide berth.

Again, I cannot fault the director if he simply does not enjoy the MCU. I don’t think people have fully recovered from the Martin Scorsese controversy of 2019.

Unlike Denis, Scorcese was even more dismissive of the MCU, arguing that Marvel Movies were not cinema. Rather than recoiling from the backlash that followed soon after, he leaned into his criticisms, describing Kevin Feige’s films as theme park rides.

Scorsese’s comments lost their sting after The Irishman received a mixed response from audiences. Nonetheless, it started a conversation among moviegoers, some of whom agreed with Scorsese’s attacks.

They couldn’t understand the popularity of the MCU and they hated the way it had come to dominate the cinematic arena in so many countries.

Villenueva’s criticisms have produced a similar effect. All these days later, people are still arguing about the merits, or lack thereof, of the MCU, which is ridiculous.

You don’t have to like the MCU. But it is a little silly to conclude that those movies are somehow inferior because they do not possess the same dramatic heft as the artsy films that directors like Scorsese and Villeneuve routinely release.

The MCU is successful because it gives people what they want. If audiences would rather watch Avengers: Endgame than Blade Runner 2049, it is not Disney’s fault. As a business, the studio’s only objective in life is to meet the demands of its consumers.