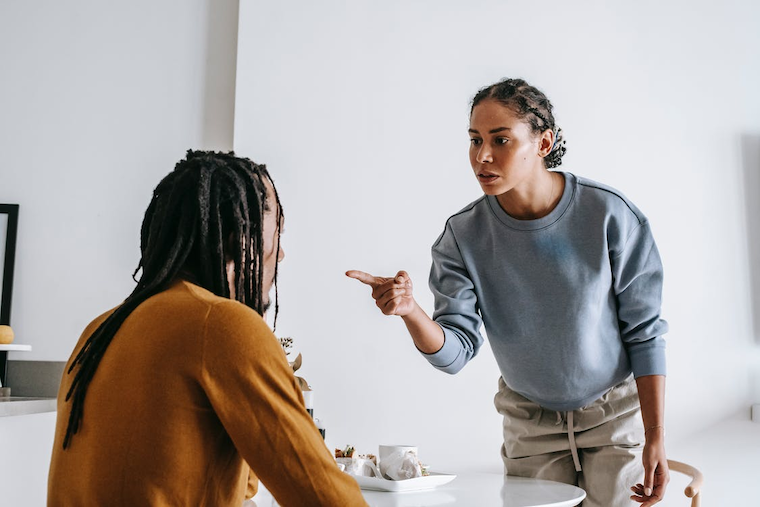 Once Leila’s driver picked up the children, my thoughts instantly turned back to David’s imminent return. I was determined to be more prepared for him this time; so, I got out of bed and into the shower.

I did my hair, changed into a close-fitting pair of jeans and a beautiful silk blouse, and even applied a light layer of makeup.

When I checked out the final result in the mirror, I was pleased with what I saw; I looked like my old self – stylish, beautiful and confident, which was exactly the image I wanted to portray to David when he returned.

A pang of hunger, however, reminded me I had not eaten since the previous day; so, I headed to the kitchen. As I got to the foot of the stairs, the maid emerged from the kitchen, her eyes red.

“Madam, my sister from Mukono just called me, that they have brought my mother to her place because she is very sick.” “Oh, sorry about that,” I answered, trying hard to sound sympathetic, while thinking that this could not have happened at a worse time, as I knew what would inevitably follow this announcement.

“It’s okay, but Madam, I was asking if I can go and see her for some days,” she requested, right on cue.

“Of course; do you have money?” I sighed.

“No, Madam,” she answered shyly.

Of course; I knew she sent almost every shilling of her wages to the village. Picking up my phone, I transferred a hundred thousand shillings from my account to hers, and when she saw the amount, she quickly fell to her knees and thanked me gratefully.

“You’re welcome; take your mother to a hospital, your sister isn’t a doctor.”

“You’re welcome; now you better go before it gets late,” I dismissed her, embarrassed by her profuse gratitude.

She scurried off and a few minutes later, changed and packed, she left. As I listened to the door echo in the empty house, I felt well and truly alone.

Just like I had predicted, I was unable to focus on work that afternoon; so, I signed out early, and was at the house by five thirty. I had expected to find Diane still cooped up in the room, but to my surprise she was in the living room watching TV.

Even more surprising was the complete transformation she had undergone in the few hours since I last saw her; she was smartly dressed, her eyes were clear and her hair tidy.

Gone was the hangover, alcoholic looking woman from that morning, and in her place was the Diane I knew, the one I had married, the mother of my children.

“Hi,” I greeted her as I took off my shoes and sat down opposite her.

“Hi,” she answered calmly, then turned off the TV, to indicate I had her attention.

“Have the kids left?”

For a few seconds, that was all we said, until the silence became heavy and uncomfortable and I finally broke it: “I was really disturbed by the state I found you in this morning.”

She remained silent; so, I went on: “More than that, however, was the state the children were in.”

“Oh for goodness sake, David! You found the girls in their pajamas, not sick or starving and dying; stop making a mountain out of a molehill!” she snapped.

“The point is you were too hung over to look after them; if it weren’t for the maid, they probably would have been starving as well!”

She glared at me, but didn’t contradict me; so, I moved on: “Speaking of the children, we’ve got a problem with Daniel.”

At the mention of Daniel’s name, she sat up straighter and leaned forward slightly, poised for a fight; “What about Daniel?”

“He’s become very disrespectful; yesterday he had a complete meltdown and went off about how I’m hurting you because I have a girlfriend! Apparently he overheard you on the phone talking about it,” I answered accusingly.

For a minute she was speechless, clearly caught unaware of this revelation, but she quickly bounced back.

“Well, it’s the truth, isn’t it? If you have a problem with him saying you have a girlfriend, then perhaps you shouldn’t have one!”

“True or not, I will not be disrespected by my own son!”

“If you want his respect, how about you start by respecting yourself, instead of running around getting cheap secretaries pregnant!”

“What!” I gasped, momentarily unsure of what I had just heard, and then all the pieces started to fall in place.

When it got to eight and there was still no sign of, or word from David, I began to grow slightly nervous. I could not place my finger on what exactly it was that was getting me so antsy, but I just felt like something was wrong.

The fact that I could not call him, since he was with Diane and the children, only got me more uncomfortable, and by nine I was looking out of the windows every five minutes.

“You’re going to wear yourself out pacing up and down like that; David probably decided to have dinner there, so if I were you, I would sit down, relax and have my dinner as well,” Sandra advised unhelpfully.

“No, he would have told me if he was going to eat there. I’m sure something has happened – maybe he’s been in an accident,” I fretted.

“Suit yourself; I’m going to eat then go to bed, because if I stay watching you pacing about, I’m going to run crazy as well!”

I felt slightly guilty; this was, after all, her first day back and I knew I was not being great company, but no matter how hard I tried, I could not shake the feeling that something was wrong with David. Although Sandra had pointed out that he had said he would be late, I knew ‘late’ between him and I was a lot earlier than it was for most people.

So, where was he and what was keeping him?

Otherwise Margaret we appreciate your work, how I wish this could be acted ( a soap or drama Serie)
Report to administrator
0 #2 Ibra 2021-09-23 23:41
Interesting story you don’t want to stop reading or wait for four days to find what David, Diana and Julie - mchumba or side dish are up to.

Please keep entertaining us as we navigate through Covid and the hard times.
Report to administrator