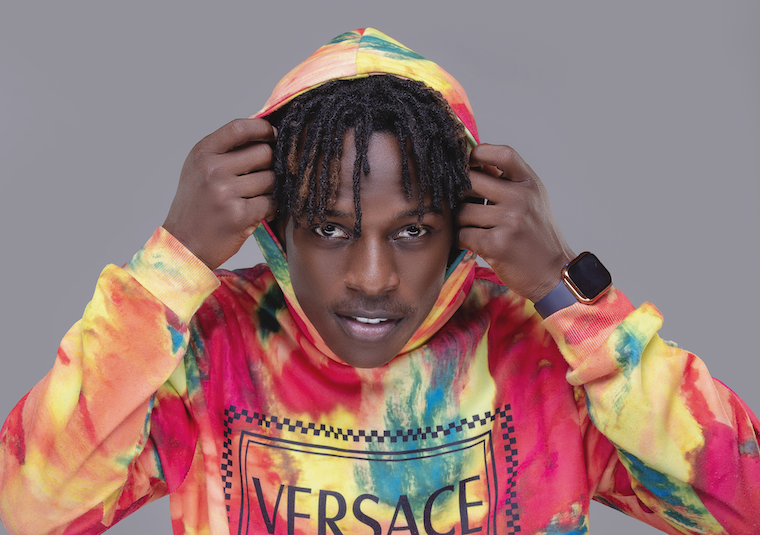 TikTok is another app that Ugandans have embraced in the last two years, and some are making money from the video-sharing social networking service. The social media platform is used for sharing short videos that are only 15 to 30 seconds long.

Nathan Atiluk caught up with Micheal Sebamba, commonly known as Mickeyseems2funny, who has become quite a hit on TikTok.

When did you get to know about TikTok?

About three months ago. I used to see a friend laughing a lot while watching videos on an app that I later got to know is called TikTok.

When I started doing online comedy skits, however much many people liked them, I didn’t believe that I was that funny; I [was convinced] I just seemed too funny, but no one had given me the courage to tell myself that I was funny.

When did you start doing comedy?

To start with, I am an employee of Fenon Events and I am the LED screen specialist. So, whenever we were in the field working, I would see my colleagues, including my boss Mr Steve Jean Sserunkuma, laughing loud at my jokes, even when I said what was not meant to be funny.

Fenon being an events company, many artistes would frequent the place and also find themselves laughing at my jokes.

I remember celebrities such as Levixone, Karole Kasita, APass telling me to contact Alex Muhangi and try out the stage at Comedy Store. I instead felt like I wasn’t meant for stage but, rather, online.

Why did you feel not fit for the stage?

As a newcomer, I didn’t want to compete for the stage with other active comedians and felt like online wasn’t tapped.

Whose idea was it that you go online?

And now you are ‘the TikTok king’ in Uganda!

[Actually,] before, I was putting content mostly on YouTube. I started posting on TikTok and realised the numbers were growing at lightning speed. The first clip got me 100,000 views, yet I didn’t have many followers and as we talk, the numbers have gone up to 1.4m total likes, 125.5k followers and I only follow 38 TikTok users.

How did the subsequent videos perform?

The second video of a woman asking me for an iPhone 11 got me 500,000 views and before I posted the third video, it had gone up to 1.2m views. Right now, all the videos I put up get from 700,000 views and above. The same videos are posted on my YouTube channel as well (Mickeyseems2funny Sebamba).

YouTube pays when you have many views, does TikTok do the same?

YouTube pays, but TikTok indirectly pays. My YouTube has ever earned me US$4,000, which is equivalent to Shs 15m. The other videos depend on the views I get in that month, but I didn’t go below Shs 3m.

For TikTok, I only get contacted by fans who send some little tokens of appreciation because they like my content and then the biggest part is clients who call me to record a video endorsing their brands. These ones pay up to Shs 2.5m.

Why is it hard for other TikTok users to make money from their craft?

It is not like everyone goes to TikTok with a motive of making money. Some go to socialise, some go to relax by watching content and then others make money off artistes who give them their music to influence, whereas others create original content like the one I put up.

It is a blessing in disguise. Fenon has state-of-the-art cameras and since it is where I work and they are supportive of my work, I get the camera crew to direct and shoot my clips according to the clips I give them. I then share the content with my girlfriend, who with or without her approval, I go on to post.

What has been your favourite moment as a content creator?

The day comedian Madrat, the other half of Madrat and Chiko, called and told me I am very good at what I am doing and I should never stop. I felt humbled, because the statement was coming from a renowned comedian, which meant he followed all the content that I post.

What happens the day we wake up and there is a new TikTok king?

Well, I believe in the creative industry everyone has their time to shine; so, if it is me shining now, I have to use my time very well so that I don’t complain when there is a new TikTok king; it will mean my time is up.

What are some of your achievements as a content creator?

Well, I have made some money from being an online content creator but to me, the biggest achievements in life are more than money. The big names in the country that I have met and the big companies that trusted me and the exposure that I got…

What are some of the challenges you face?

My biggest is having to balance my work at Fenon and coming up with content to feed my online followers. Fenon is my day job and usually we are working 24/7.

Don’t you ever think of quitting Fenon to focus on content creating?

One day we shall wake up with no social media in Uganda but we shall never wake up with no Fenon. I don’t ever think of quitting Fenon, because it is the company that took me in as a boy and right now I stand as a man, thanks to Mr Steve Jean who mentored and guided me since 2017.

How did you join Fenon?

I had a friend who used to work at Fenon. He introduced me to clients at Fenon to whom I used to sell shoes. I fell in love with their working environment and asked to join their team after some time.

I was introduced to Mr Steve Jean and he made me part of the team that works on LED screens; he liked how hardworking I was and sent me to China to study LED screen operations, where I went for a year and returned as an expert.

Micheal Sebamba is a 25-year-old, born to Amina Nabbanja. He does not want to mention his father’s name.