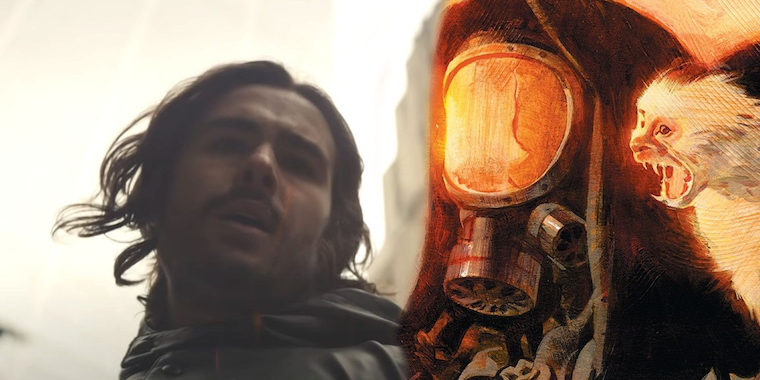 Y: The Last Man is a post-apocalyptic science fiction comic (Brian K. Vaughan and Pia Guerra) that was published between 2002 and 2008. It explores a world in which every living mammal with a Y chromosome has died.

The only man left alive, Yorik and his pet monkey, have to traverse a world solely inhabited by women. Some of those women will sacrifice life and limb to protect Yorik, because they know that his death will pave the way for humanity’s extinction. But others would rather kill him.

Talk of a potential TV adaptation began in 2010 when Louis Leterrier, a French director, expressed interest in the comic book.

In 2015, FX entered the equation, with Brian K. Vaughan revealing in a Vulture interview that work on a TV adaptation had officially begun.

Following a pilot order in 2018, Eliza Clark was appointed as showrunner in 2019. On September 13, 2021, the first three episodes of Y: The Last Man debuted on Hulu.

If that does not excite you, you can also watch Cry Mach on HBO Max on September 17. Directed by Clint Eastwood, the neo-western drama is an adaptation of the 1975 N. Richard Nash novel by the same name.