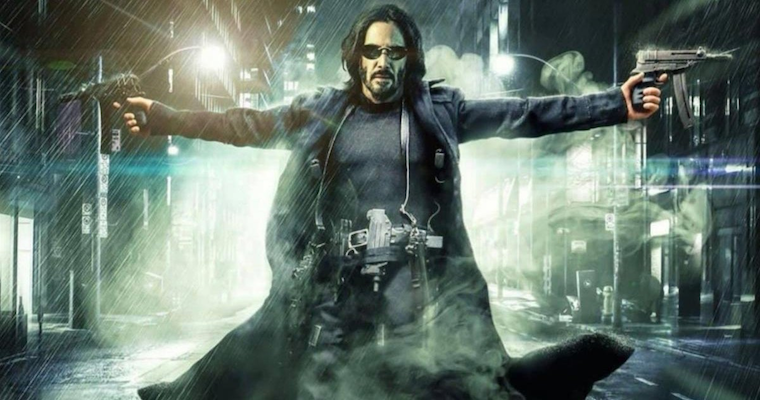 Did you watch the Matrix: Resurrections teaser? I ask, because I watched it and don’t know what to think.

First of all, The Matrix 1999 was a puzzle. Before its release, people could not make heads or tails of the trailers. The marketing team went to great lengths to shroud the movie in mystery. Many viewers flocked to the cinema to see it because they wanted to know what the matrix was.

The trailers refused to answer that question. And in so doing, they created an air of mystery. On the surface, The Matrix 1999 sounds like an average Hollywood blockbuster.

But the movie had a surprisingly modest budget ($63 million). Like Peter Jackson’s The Lord of the Rings, the Wachowskis had to innovate to execute the ridiculous concepts they had devised for the film.

The result was a sleek, sophisticated blend of science fiction and martial arts. That movie had a distinct look and feel that future blockbusters tried and failed to replicate. From the stiff yet fluid choreography to the bullet-time effect, The Matrix 1999 became a global phenomenon overnight, turning Neo into one of pop culture’s most exciting heroes.

This is where The Matrix: Resurrections perplexes me. The movie the trailer depicted felt so…ordinary. On the one hand, technology has come so far. The franchise takes place in a virtual world where anything can happen.

As fantastical as those first three films were, the Wachowskis could not comprehensively explore all the mind-bending feats characters like Neo and Morpheus could perform within the confines of The Matrix.

But those restrictions are gone. The Matrix: Reloaded alienated a lot of fans because the special effects kept unraveling under scrutiny. This latest installment does not have to carry those burdens. I can’t wait to see the visual spectacle The Matrix: Resurrections will throw at us.

And yet, from the trailer, I got the sense that the franchise had abandoned its unique style. Keanu Reeves had all the lumbering grace of John Wick and none of the rigid elegance of Neo.

Granted, this is just a trailer. For all I know, what we saw in those three minutes barely scratched the surface. That said, I don’t agree with the popular notion that the Wachowskis produced a masterpiece in The Matrix 1999 only to horribly botch the sequels. As far as I’m concerned, the series got better with each installment.

I want The Matrix: Resurrections to take me back to that world. I don’t want the movie to pull a Rise of Skywalker by working so hard to course-correct, because of the critical backlash that it loses the charm that made the original trilogy such a blast.

This brings me to the story. I have nothing to say about that, because the teaser was intentionally cryptic about the plot. But I loved the trilogy, so I trust the writers to deliver a compelling and entertaining narrative.

I have heard some people argue that a fourth installment cannot work because Revolutions provided a definitive end to Neo’s story. That could not be further from the truth.

If you haven’t watched Revolutions, I am going to spoil it. Neo died at the end. After Agent Smith absorbed him, the machines used Neo’s body to destroy Agent Smith.

But we know that the human/machine war has gone through several cycles. Neo was neither the first ‘Chosen One’ nor the last. So long as animosity exists between humans and machines, the Chosen One will keep manifesting.

Additionally, in his final conversation with the Architect, the Oracle hinted that Neo might be alive. I want to see where his story goes next.

My concerns are rooted in the fear that the writers are trying to fix the so-called mistakes of the previous installments. Again, Reloaded and Revolutions are awesome. Don’t let anyone tell you otherwise.