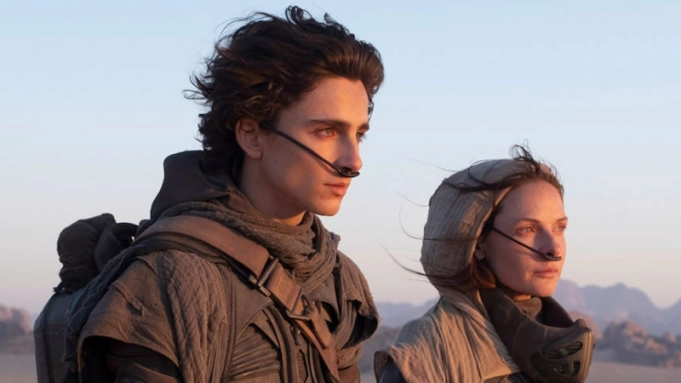 We finally have a trailer for Dune. If you have spent any amount of time in the entertainment corners of the internet, you know that a sizable portion of the movie-going audience has been clamouring for this movie for decades.

Warner Bros. will make their dreams a reality on October 1. Dune was supposed to debut on November 20, but the pandemic forced Warner Bros. to postpone its release.

This latest adaptation will follow Duke Leto Atreides, a powerful figure that has been handed stewardship of the desert planet of Arrakis (also called Dune), the only source of mélange, a valuable substance capable of extending human life.

Leto is not stupid; he knows the opportunity is a trap set by his enemies. Nonetheless, he is determined to do his duty, which is why he has taken his family down to Arrakis, including his son Paul, a boy with a shocking destiny.

Dune is based on a 1965 novel of the same name written by Frank Herbert. The book is a cult classic that tackles environmentalism, the downfall of empires, religious extremism, and gender roles.

It won the Nebula Award for Best Novel. For the longest time, like Lord of the Rings, people were convinced Dune was impossible to adapt for film.

Several filmmakers tried, in vain, to turn the novel into a live-action movie before David Lynch came along. Lynch’s 1984 version is the only Dune film we have seen to date.

When he was first presented with the adaptation, Lynch was still toying with the idea of directing Return of the Jedi. The Star Wars sequel was just one directing offer among many that had come his way.

Even though he had no prior knowledge of the novel, he agreed to direct Dune. According to Virginia Madsen (who played Princess Irulan in Dune 1984), Lynch wanted to make “Star Wars for Adults”.

Unfortunately, his movie was a critical and box office failure. People used terms like ‘Incomprehensible’ and ‘Ugly’ to describe Dune 1984. This supported the fears that the novel was too heavily layered for any director to successfully adapt.

But the challenge did not stop people from trying. When Denis Villeneuve got the job to direct Dune 2021, it was clear that he was not just another director trying to turn a random sci-fi script into a hit.

He had always dreamt of adapting Dune. He loved the world that Frank Herbert had introduced to readers in 1965. Once he finished Arrival and Blade Runner 2049, he turned his attention to Dune.

Unlike his predecessors, Villeneuve wants to turn Dune into two films. The first movie (Dune 2021) will cover the first half of the novel. Warner Bros. did something similar with Stephen King’s IT (IT Chapter One and IT Chapter Two).

Fans are optimistic Villeneuve will do the movie justice, because the two-part format gives him room to explore the novel’s various layers. Personally, Villeneuve’s involvement does not excite me. I thought Arrival was decent but also disappointing in many ways. Blade Runner 2049, on the other hand, is one of the dullest movies I have ever seen.

Still, the trailer was awesome. I did not fully comprehend the story. But it made me curious, which is all that matters at this stage.