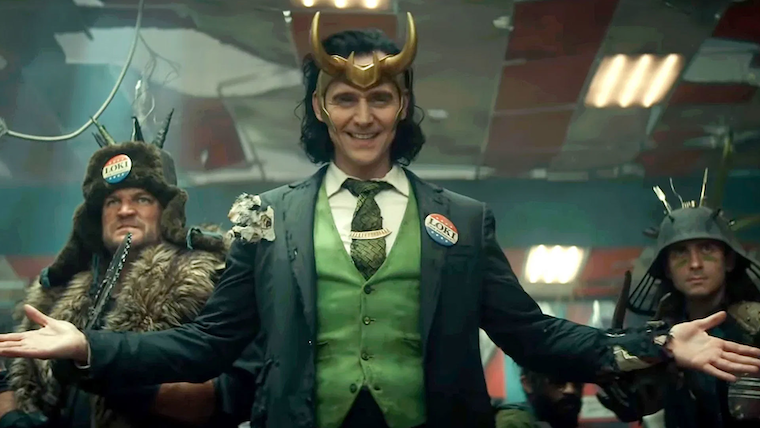 Loki is finally here and just like every other Marvel Cinematic Universe (MCU) TV project, this one demands our immediate and undivided attention.

The show picks up where Avengers Endgame left off. During the so-called time heist, Loki took the Tesseract and escaped through a wormhole. It spat him out in the Mongolian desert. Loki thought he was finally free to wreak havoc on the universe once more, but then the TVA swooped in and opened his eyes to a whole new world.

Is this Marvel’s best show to date? Maybe. It is definitely ambitious. Wandavision and Falcon and the Winter Soldier felt contained.

Loki has no shackles. The first episode shattered everything we thought we knew about the MCU. Some of us assumed that Doctor Strange 2 (Multiverse of Madness) would finally create the multiverse. But according to the TVA, the multiverse was already a thing, at least in the past.

Let’s pause. Do we all understand the term ‘Multiverse’? In case you are new to these things, ‘Multiverse’ refers to a group of universes.

Some philosophers and scientists believe our universe is just one among many. They have theorized that alternate timelines exist out there, realities that mirror our own in some ways whilst differing drastically in others.

For instance, if Sarah has big eyes, long hair, and a fulfilling career in our universe, there’s a parallel world in which Sarah is bald, jobless, and suicidal. Fiction loves the multiverse theory because it allows them to explore ‘What if ’ scenarios in which a popular character makes the wrong choice and their life spirals into chaos.

The most prominent example is a Superman comic called Red Son, which wonders what would have happened if Clark Kent’s rocket had landed in the Soviet Union rather than Kansas.

Now, we have known for years that Marvel was planning to tackle the multiverse, but we had no idea how they would broach the subject.

And then we got the Doctor Strange 2 announcement and automatically assumed that Benedict Cumberbatch’s Steven Strange would introduce the multiverse concept to the MCU. We were wrong.

I am hesitant to spoil the first episode of Loki any more than I already have because it is filled with several surprises. Suffice it to say, the episode succeeded.

I don’t have the same obsession with Tom Hiddleston that has gripped so many Marve fans, but his performance in ‘Glorious Purpose’ was amazing.

He was everything you would expect from Loki Son of Odin and more: cheeky, witty, mischievous, but also tragic. ‘Glorious Purpose’ did more to redeem Loki than Thor Ragnarok and Infinity War, and this episode was just 50 minutes long.

A lot of people have compared Loki to Legion and I concur. First of all, they have the same look. Secondly, like David, Loki is a misunderstood miscreant with far too much power. He has to fight his baser instincts to walk the righteous path. You don’t have to watch WandaVision or Falcon and The Winter Soldier to understand Loki.

Obviously, you should. Both shows are short and easy to watch. But even if you skipped them, it would not affect your enjoyment of Loki. This show is a must-watch.