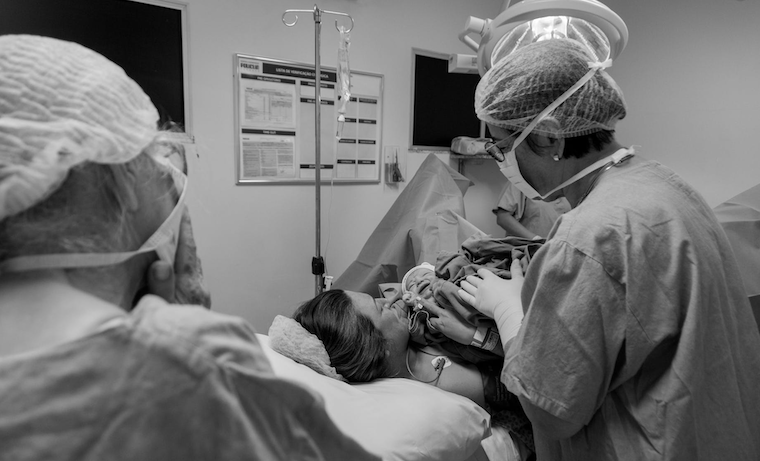 As Julie’s doctor barked out orders at the nurse: “Get a saline IV in now!” “Where’s that oxygen?” “Tell the lab I need those results; what’s taking so long?”, all I could do was stare in shocked horror.

Looking at Julie lying unconscious on the examination table, and hearing her doctor’s tense and urgent tone that made it clear her condition was critical, I could not remember ever having felt so helpless in my life.

For the first few minutes, the doctor had totally ignored me, but once he was satisfied his instructions were being followed, he turned to me.

“What happened?” he demanded accusingly.
“I don’t know! I got back from work and found her like that on the floor! You’re the doctor; tell me what’s happened to her!”

“That’s what I’m trying to find out; I thought you might have some information to give us an idea of where to look, but since you don’t, please wait outside so we can figure out what’s going on,” he requested, though his tone made it clear it was an order.

I was not accustomed to taking orders from anyone, especially not a junior doctor who had probably been hoping for a chance with Julie himself, and the last thing I wanted to do was leave her side. But I knew every second I spent arguing with him, was a second taken away from Julie; so, I grudgingly complied, but stopped at the door.

“Please fix her; I don’t care what it takes, just fix her,” I made a ‘request’ of my own. He did not answer and turned his attention back to the nurse instead; “What are her pressure and oxygen readings?”

I got the point; I was in the way. Wordlessly, I left the room, closing the door behind me.

I drifted in and out of consciousness, hearing snippets of voices and conversations, first David’s and Dr Kenneth’s, then Kenneth’s and the nurse’s.

While I had initially been relieved that David had found me, once I realized that it was the chocolates he had sent that had gotten me so sick, it was Kenneth’s voice that I struggled to cling to and that pushed me to fight through the haze of unconsciousness, until I finally managed to open my eyes.

“Julie! Julie! Can you hear me?” Kenneth’s voice was a mixture of relief and desperation, as he bent over me so closely I could feel his breath on my face.

I didn’t think I could speak yet, but I did manage a half nod, which seemed to reassure him somewhat, as he exhaled in relief before going on: “What happened? What hurts?”

I knew I did not have the energy to fully answer those questions, but at the same time, I knew it was imperative that I found some way to let him know what I now knew – my life depended on it; so, with what felt like gargantuan effort, I whispered a single name: “David.”

There was a flash of disappointment in his eyes, and he straightened up like he had been hit.

“He’s right outside; I’ll have the nurse call him in for you in a minute, but...”

“No!” I panicked at his words, and my fear brought the protest out clearer and louder than I had been a second ago.

“No? You don’t want to see him?” Kenneth asked in confusion, a puzzled frown creasing his brow.
“No,” I repeated firmly.
“Why not?”

I paused before answering him; not just to muster the strength to speak again, but also to first personally confront the reality of what I knew had happened.

Then I said it all with just one word: “Poison.”

His eyes widened in shock, and then realization. Eyes narrowing coldly, he turned to the nurse: “Get me those lab results right now.”

I called David consistently every hour, but he neither answered any of my calls, nor responded to any of the increasingly angry texts that followed, and as the hours passed, I went from curious, to irritated, to angry, and finally to panicked.

It was not like him to not respond at all to missed calls and texts; so, his total silence unnerved me. Assuming my ‘gift’ to Julie had successfully served its purpose and she had lost the baby, surely he could not be so upset over a child that had not even been born yet (especially when he already had three living children at home).

He could not respond to any of my texts, even if it was only to say something had come up and he would be home late? That led me to the conclusion that perhaps my ‘gift’ had been even more effective than I had hoped, and had gotten rid of not just the baby, but its mother as well.

Although I had believed I would be thrilled with that outcome, now that I was confronted with the thought of it as a real possibility, I was panicked rather than elated.

Because it had not actually been born yet, I did not think of the child Julie had been carrying as a living, breathing person, but even though I hated Julie with my entire being, it was difficult to consider the possibility that I had killed her.

Had I, who had never so much as slaughtered a chicken before, actually killed a fellow human being?

Diana is turning into an evil woman consumed by jealousy and revenge.
Report to administrator