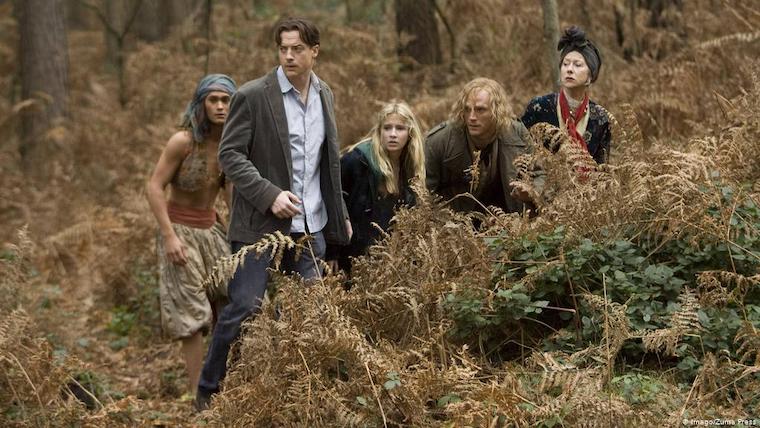 Inkheart by Cornelia Funke is the first novel in a trilogy I don’t expect to finish. The novel is technically targeted towards children, but those who have read it claim that it appeals to adults as well.

Comparisons with Harry Potter have been made. Cornelia, the author, has been dubbed ‘The German J.K. Rowling’ because her novels capture the sort of whimsy and magic many adults long for.

She had me hooked when Inkheart started, introducing us to Meggie, a 12-year-old girl with an incredible thirst for books. The story was told from her naïve perspective. She cherished her father, Mortimer, a book restorer whose love for his art was only dwarfed by his adoration for Meggie.

Some people have used words like ‘stilted’ to describe Cornelia’s writing. Others suggest that the novel was probably better written in the original German. But I disagree. Inkheart is beautifully written.

Cornelia’s words are simple but surprisingly enchanting. I felt like a 12-year-old boy again, sitting on my bed, reading in the dead silence of a school night.

I was spellbound as Mo and Meggie packed their bags and fled their home in the middle of the night. Mo was magic. He could read people out of stories. He discovered the gift years ago when he inadvertently read Capricorn out of Inkheart, his wife’s favourite book.

Unfortunately, Capricorn was the worst kind of villain, and he was determined to rebuild his empire in the real world. But his plans hinged on Mo and his magical voice.

Inkheart is a page-turner, at least initially. The author surrounds the very idea of Capricorn with so much unease that you cannot help but dread Meggie’s eventual encounter with the character.

So, what went wrong? Well, first of all, the novel is too long. It has a strong start. But after a while, the pace slows to a crawl and the story starts to meander. Cornelia’s fans might argue that the delays and detours were necessary to make the transitions between plot threads more organic. And they are not wrong. The novel does not have any filler or padding that I can point to.

But after the first 200 or so pages, the events became less interesting. And I think Meggie is partly to blame. As far as heroes in children’s books are concerned, she’s one of the worst.

Heroes in fantasy fiction are expected to excel in combat situations. And even when they don’t, they are often blessed with extraordinary abilities that give them an advantage.

Meggie is 12. She is a child and sadly, she is ordinary. Guess what she does when a scary man with a large knife comes at her? Nothing. What does she do when that same man locks her away in a dark room? Nothing, again. Then she cries.

When she’s done, she falls asleep, wakes up the next day, and repeats the whole process. Meggie reacts the same way a child would, and it’s horribly dull. Heroes drive stories. Meggie failed to win me over because she was annoyingly passive.

And because she was the lead character, we had to sit with Meggie in her passivity for most of this novel, watching, waiting, and then watching some more.

At the end of the day, Inkheart has a unique concept. I think it was executed poorly. But you should give it a read all the same. You may appreciate Meggie’s plight better than I did.