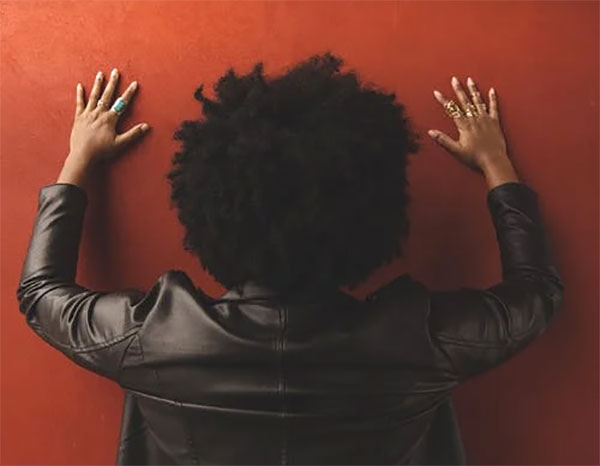 Because this was going to be our first evening alone, I wanted to make it extra special, and prove to David – and maybe myself – that I could still take care of the flat and him, even with Sandra gone; so, I got started on the day’s chores almost the minute Sandra left.

I found that while I enjoyed and appreciated Sandra’s presence and help, I had missed my solitude too and the hours flew by quickly. By the time it struck five, not one, but two of David’s favourite dishes were ready, his juice was chilling in the fridge and I still had enough time to head to the bathroom for a quick shower before David got back.

Besides showing off my female superpowers, there was another reason I wanted to set the stage for a perfect evening – my next antenatal visit was due on Friday, and while I normally would have gone with Sandra, with her away, I was hoping David would come with me.

Of course I could have gone by myself, but worried that things could get awkward between Kenneth and me. I knew he probably still liked me more than he should, and that he thought David was no good for me, and I was concerned he might bring it up if we were alone.

While the appointment was set for nine, when David would typically be at work, I planned to persuade him to go with me by raising the subject in the middle of a perfect evening when he would be in too good of a mood to say no.

When he arrived with a bouquet of roses and restaurant bag in hand, I could barely contain my joy because it was obvious he was already in a good mood; so, half the battle was already won.

Julie was just as excited about the flowers and takeaway, as she had been about the five hundred thousand. She reminded me of a child in how easy it was to please her.

To top it, while I had bought the food and flowers to spoil her as Sandra was away, she had clearly gone all out on the flat during the day, as it was immaculate when I got back, and the aroma coming out of the kitchen made the takeaway pale in comparison.

“I was actually looking forward to some Chinese food this evening, but now I only want whatever you’ve got cooking in there,” I greeted her as I set down the packages on the dining table, and then with my hands free, pulled her close to me so I could kiss her hello.

“What is all this? It’s not my birthday or anything,” she reminded me with a happy laugh. “It doesn’t have to be your birthday for me to show you how much I love you,” I answered and gave her another kiss. It felt so good to be able to hold and kiss her freely, not worried that Sandra would walk in any minute.

She got teary eyed and I panicked for a second wondering what I had said wrong; “What is it? What did I do?” I asked in concern and confusion.

She smiled through her tears as she tiptoed to peck me back before answering shyly; “Nothing – you just haven’t said you love me in a long time, it just felt really good hearing it from you again.”

I was struck by guilt at her words; it was true, I was not good at putting my feelings into words very often, and with Diane’s infidelity, I had probably become disillusioned by the concept of love altogether, but it was different with Julie, and I felt bad that I had unknowingly punished her for Diane’s failings.

“I might not say it often, but you can be sure I feel it all the time,” I assured her before releasing her to go and draw the curtains even though it was not dark yet.

Sandra was gone, but something about the open curtains made me feel like we were still being watched.

That evening as I again watched the flat, I saw David return with flowers and a restaurant carrier paper bag that even from where I was, I could clearly recognize as being from one of my favourite Chinese restaurants. I felt my blood boil.

As I continued to obsessively watch the flat, I got to a point where I told myself this was crazy, and that I should forget about David and his whore, and focus on my own children. I had been spending less time with them as I focused on staking out the flat, and I knew it was not fair.

I told myself this was only until I figured out how to get rid of Julie’s pregnancy, and once that was done, we would all be better off, so, in a way this was ultimately all for them.

If there was no baby, their father would not be diverting money meant for them to his bastard, and they would not have to share their birthright, or have it tainted by some whore’s child.

I knew the only reason David was renting this apartment was that the whore was carrying his child and so he felt it was his duty to look after her. If there was no baby, there would be no reason for him to stay away and the kids could have their father back full time and David and I could try to fix our broken marriage.

The only thing standing in the way of that was the child Julie was carrying.