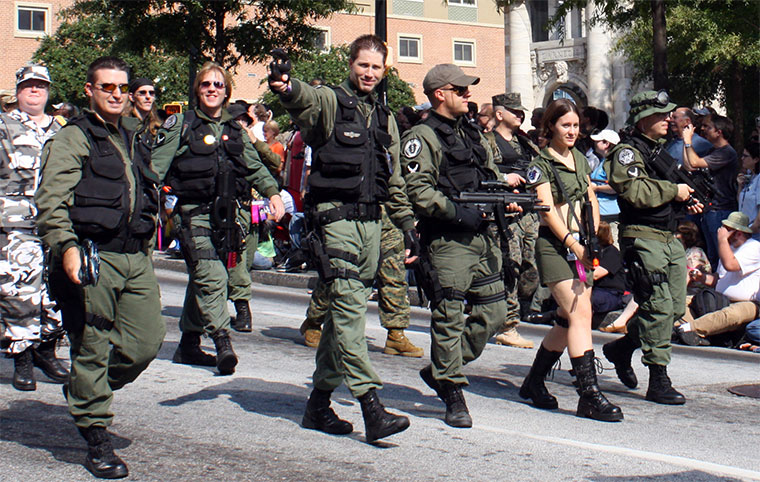 “Which is better; Star Wars or Star Trek?” Whenever people ask this question, my response is always Stargate, because I feel like the franchise does not get the love it deserves.

Stargate has been off air for several years. Though I recently heard rumblings about a potential revival and that has me excited. Stargate started as a mildly successful movie. The original Stargate debuted in 1994. It introduced viewers to the idea of Stargates, ancient devices that could transport travelers to any point in any galaxy.

The movie laid the groundwork for Stargate SG-1, the first series in the franchise that pitted humanity against a violent race of aliens hellbent on galactic domination.

SG-1 was somewhat grounded because it placed special emphasis on the alien roots of earth’s history. The Goa’uld, earth’s primary enemy, flew across the cosmos in giant pyramids and most of their central players had supposedly inspired the deities Egypt eventually came to worship.

Stargate Atlantis, the spinoff, made more of an effort to explore the Ancients, the so-called gate builders, and humanity’s descendants. But the core concept of the show remained unchanged. Each week, a team of soldiers, doctors, and archeologists would use the stargate to visit a new world.

They would make contact with the locals, performing trades where possible, all in the hopes of securing advanced technology that could bolster Earth’s growing fleet. Both shows thrived because they had a cast of charismatic characters, a creative collection of alien threats, and a light-hearted tone.

This is where Stargate Universe, the final spinoff, failed. Was it terrible? No; in fact, it was great science fiction television. But it wasn’t Stargate. Stargate is a funny show. Don’t get me wrong; the franchise is not all laughs. It uses a monster-of-the-week structure but it also features serialized components that can get quite grim.

But the franchise is known as much for its comedy as it is for anything else. Stargate episodes are fun and exciting. Stargate Universe wanted to emulate Battlestar Galactica, a show that took a darker, grittier approach to the science fiction genre.

The spin-off succeeded in this endeavor but the result was a series that Stargate fans did not appreciate. Ultimately, it killed the franchise. Stargate Universe went off air in 2011 and we have not had a Stargate show since.

The writers behind Dark Matter, another amazing science fiction show, wanted to engineer a crossover with Stargate. But Dark Matter was canceled before this ambitious project bore fruit.

Fast forward to 2021 and people like me are still clamouring for a Stargate resurgence. If you have not seen it, do yourself and favour and give the first season of SG-1 a chance.

I know, the show is very dated and you will probably roll your eyes at the production values. But here is the thing: I watched SG-1 in the early 2010s and loved it because the cast is so entertaining. Try it.  Once O’Neil, Jackson, Carter, and Teal’c worm their way into your heart, you won’t look back.

I have watched all 10 seasons twice in the last few years. This show is that entertaining.