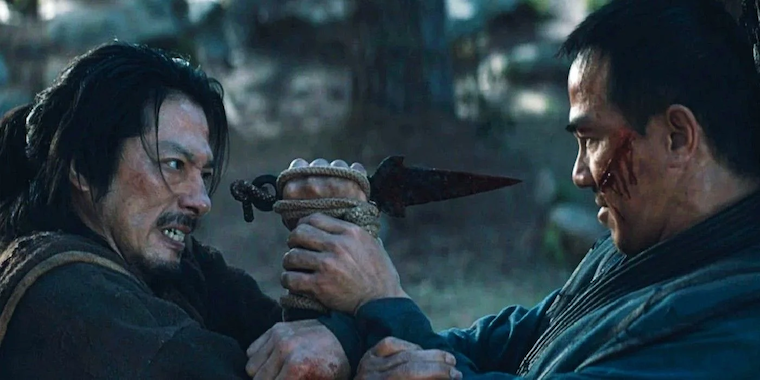 Mortal Kombat 2021 is out everywhere, finally, and it raises an interesting question.

I have argued time and time again that faithful live-action adaptations of video games do not work. Studios spend a lot of money trying to recreate video games on the big screen. They do not realize that video games succeed because of the level of control they offer gamers.

For video game movies to succeed, Hollywood has to abandon this idea of a faithful adaptation. They have to find writers that can use the concepts, characters, and ideas in video games to tell an original story.

This is why Monster Hunter worked. Admittedly, that example kills my argument because most people hated Monster Hunter; at least as far as I can tell. The gaming community took particular offense to the movie’s decision to stray from the core elements of the video games.

I don’t know if all of Monster Hunter’s critics actually watched it. From what I can tell, most of them were repelled by the trailers.

Everything they saw in the marketing suggested that Monster Hunter had no interest in adhering strictly to the elements of the video games. So, they chose to stay away. Mortal Kombat, on the other hand, has produced the opposite effect.

Fans of the video games have spent weeks singing the praises of the trailers because the marketing content released thus far has provided glimpses into a movie that has clearly chosen to remain true to the attributes that made Mortal Kombat such a hit, especially where the brutal action and eccentric character designs are concerned.

I know some people who lost their minds the moment scorpion uttered his famous line. They cannot wait to bask in Mortal Kombat’s cheesy dialogue, to reminisce about the hundreds, if not thousands of hours, they sunk into what has arguably become the world’s most popular fighting game.

But guess what? Mortal Kombat 2021 is terrible. I don’t want to say that it failed because it was a faithful adaptation. But I also can’t ignore the fact that every character looks like they were plucked right out of Mortal Kombat X.

To be fair, this was Simon McQuoid’s feature directorial debut. So, it might be more accurate to blame the movie’s numerous weaknesses on the director’s lack of experience. Either way, it is bad.

A lot of the acting is cringe- worthy, especially the Asian actors. They would have been better served if they had been permitted to speak in their mother tongues. Audiences can handle subtitles.

We were promised the most amazing fight scenes in all of cinema but that was a lie. Someone behind the scenes obviously confused ‘brutal’ with ‘good’.

They went to great lengths to perfect the gory fatalities but failed to earn them beforehand by delivering imaginative, clean, and tightly choreographed brawls.

To be fair, Mortal Kombat 2021 has a few bright sparks. Kano is hilarious and Sub Zero is perfect. But that was not enough to salvage the adaptation.

And yet, considering all the excitement the trailers have stirred, it won’t surprise me if the movie wins audiences over. If that happens, then...I don’t know. It would destroy my theory that faithful adaptations of video games don’t work and that would pave the way for more terrible video game movies.

But if it fails, which is what I expect, it will raise an interesting question: what do audiences want?

You could argue that everyone just wants a good movie. But I disagree. Monster Hunter was perfectly entertaining, and yet gamers rejected it because it refused to recreate the video games.

But if they reject Mortal Kombat 2021 despite its attempts to give them exactly what they want, studios may abandon video game adaptations altogether, at least for a time.