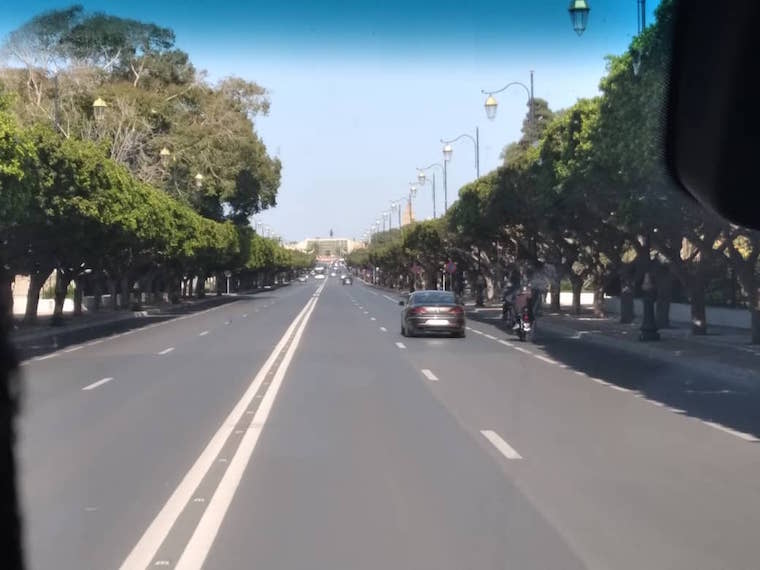 Despite being a desert country, Morocco is surprisingly a green country

My Easter weekend plans were disrupted by an evening call on April 1.

“Prepare to travel on Sunday [April 4],” the caller told me as he asked for my passport’s biodata page.

Now, that is the kind of disruption I do not mind at all! Never mind that the call found me chilling with family in Queen Elizabeth national park. This was simply going from good to better. The following morning, a few minutes after 8am, another call came through.

“Go and do a Covid test because your flight might be tomorrow.”

The details of my journey kept coming in bits and pieces, but that did not take away the excitement of a trip to Morocco, one of the countries I have for long desired to visit. This hastily-organised trip was by the Mohammed VI Foundation of African Oulema, an organisation started by reigning king of Morocco, Mohammed VI Bin Hassan al Alaoui.

The foundation had invited several other media practitioners from across the continent for a four-day training in audiovisual communication techniques as part of its ambitious communications strategy to promote science and Muslim scholars in Africa. This is part of the country’s efforts to strengthen its influence in both Africa and the Arab world.

To Europe, the Pacific and the Americas, Morocco needs no introduction as it has already positioned itself as a top tourist destination, attracting millions of visitors each year.

I was humbled on arrival at Mohammed V international airport, Casablanca. I was not to go through the immigration processes myself but the officials that my hosts had sent to pick us. That is when it dawned on me – after a tough year back home that has seen journalists treated like criminals – that I was in a special category here.

“You’re a guest of the King. We have to handle everything for you, sir,” responded a handler to my inquiry about this VIP treatment.

We had been picked from the aircraft’s exit and did not have to go through those long queues at the arrivals lounge down to the baggage collection point. Outside the airport terminal building, the type of cars you can only longingly look at online and in adverts, were waiting to drive us through the 91km stretch to Rabat, the country’s capital.

Now, Rabat like other Morocco cities has an international airport, but clearly my hosts wanted us to experience as much of the North African country as possible, and preferred to get us there by smooth tarmac.

The expansive gardens that lined up the streets - where families and friends meet for their weekend socials, momentarily drew my mind back to Uganda and the current littering problem, and wondered whether Kampala or any of the new cities will one day have this kind of sanity.

Sadly, in Kampala all the open green spaces are long gone!

The driver took us to some landmarks in Rabat such as King Mohammed V mausoleum and the grand threatre of Rabat, among others, but due to Covid-19 restrictions, we could not go in. Uganda’s ambassador to Algeria and the Magreb region, John Chrysostom Alintuma Nsambu was surprised to learn of my presence in the country when I contacted him.

“That must be a special program, because just two weeks ago, I was there with the national team for Caf U-17 tournament but it was cancelled due to Covid-19,” Nsambu said.

Day three was a long drive of close to 200km through the Atlas mountains to Fes, Morocco’s second largest city, found north of the country. Such breathtaking beauty!

This was to be my home for the next 10 days, which included the four days of training. As a student of history, it would be fulfilling to take a walk around this city, which offered a base for the Muslim conquest of the Iberian peninsula and Spain. Due to Covid-19 restrictions, I could, however, not go beyond the gates of the five-star Fes Marriott Hotel Jnan Palace, where we were booked.

“Because you’re guests of the King, we don’t want to risk your lives,” Aya Benlarabi, one of our handlers said.

I settled in for a few days of opulence and pampering, taking in the culinary delights, sights and sounds that draw so many people to this country that has such proximity to Europe, yet is deeply steeped in its Arabic culture while respecting its roots on the African continent.

The feeling of being home came to life on meeting a lady who only identified herself as Boutaina, the guest relations manager at Fes Marriott Hotel Jnan Palace.

“You’re a Ugandan! Oh my God! I now have someone to chat with about my other home,” she said excitedly.

Boutaina lived for five years at Nakiwogo, Entebbe, when her husband worked at the UN base. She returned to Morocco after her husband was transferred to New York.

“I still have my Ugandan driving licence,” she told me, going further to tell me about how they would drive every Saturday to Kampala for shopping because Entebbe did not have well-stocked supermarkets.

“I hope that place has changed. Now I know the kind of food you would wish to have; matoke, bijanjalo, muwogo, unfortunately, we can’t get them here,” she said.

The Moroccan cuisine is certainly different - influenced by both Arab and European cultures. Being a person who is not into food tourism, I was not about to try foods unknown to me. Athuman Zahra, a waitress at the hotel, must have studied me for a while that everytime she saw me in the restaurant, she moved quickly to explain the different foods on the menu.

That’s how she convinced me to eat couscous. “It’s a delicious Moroccan dish,” she said, but my limitations in Arabic and hers in English, could not allow her to explain in detail.

“Just try it, you will like it,” she persuaded me and indeed, I enjoyed couscous.

I was ready to tick Morocco off my bucket list, but the longer I stayed, the more I realized I had to come back. This pandemic has kept beautiful Morocco firmly on my bucket list, and when I finally flew back to Entebbe, it was with certainty that one day, Casablanca would see me again.