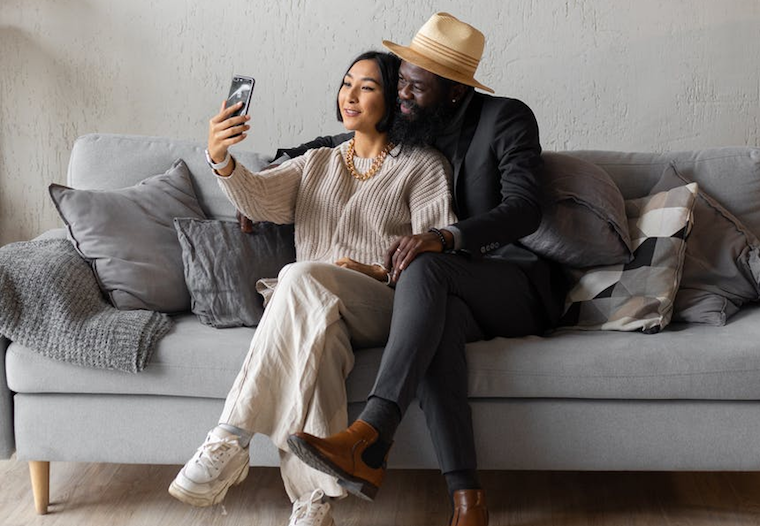 It is true what they say about home being where the heart is; even though the flat was much smaller and far less fancy than the house I shared with Diane and the children, coming back to it on Monday truly felt like returning home.

Not that I did not love my children; I did, but the girls were loud and energetic and all over the place at what seemed like a hundred miles an hour, so I was totally satisfied with small doses of them at a time. While he was quieter and calmer than his sisters, Daniel was too much like his mother for comfort and so therefore best taken in small doses as well.

Besides, soon I would have a child here as well, and not just any child, but a son; a mini version of me, and I knew that then this flat would feel even more like a home. The icing on the cake was Julie herself; I had fallen in love with her because of her meek, eager-to- please, submissive manner, the way she made me feel not just like a man, but like ‘the man’, and she had not changed one bit.

Even in her advanced pregnant state, she still fussed over me, and when I got back to the apartment, she came out onto the balcony with a wide, happy smile, as I drove through the gates like she had been listening for the sound of my car.

It felt good to be so admired and appreciated. It felt really good.

Even though David had just been back in the flat for a few days, having him around felt so right and normal that I found myself instinctively falling into a routine that primarily centered on him.

As soon as it struck five, I would head to the kitchen to get a small jug of freshly squeezed juice ready and chilled for him to have as soon as he walked in.

I would let Sandra help me with preparing dinner, mainly because that way we could spend time together and bond before David got back and took over my attention, but I didn’t trust anyone but myself to make his juice just right; so, that, I always did myself.

Once it was chilling in the fridge, I would go take a quick look at myself in the full- length mirror in our bedroom to make sure I was not looking disheveled or untidy and freshen up with a quick spray of deodorant, all the while listening out for the distinctive sound of his car’s engine at the gate.

Waiting for him to get back after work, I felt the anticipation and excitement of a child awaiting their parents’ return at the end of the day. David excited me, for as it got closer and closer to five-thirty, I would feel butterflies in my belly, like a teenager about to see her first love.

When his car would finally arrive at the gate, my delight would be genuine, and if I were not in the final trimester of my pregnancy and feeling as heavy as a pig, I would probably have gone downstairs to receive him.

As it was, I satisfied myself with waving from the balcony, then going to the door to meet him.

Thanks to a minor accident between a motorbike and the car in front of me on Monday, I did not make it to the parking lot at David’s office until five-thirty, by which time, he was already gone.

I had borrowed Tracy’s car to reduce the likelihood of him spotting me, and my plan had been to park opposite the telecom at a great vantage point from where I would be able to see his car exit the parking lot and then follow him.

Not leaving anything to chance, I was at the vantage point by four-thirty on Tuesday, feeling like a private detective in disguise with a pair of large sunglasses and once again in Tracy’s car as I staked out the parking lot. As if on cue, minutes after it turned five, I spotted David’s car approach the parking lot exit and my heart rate instantly picked up as I jerked upright and started the car.

I did not think he would recognize Tracy’s car, but just to be safe, I let two cars get between us, nervous about being spotted, but at the same time anxious about losing him in the evening traffic.

Thankfully, because it was the start of the rush hour, traffic was slow; so, it was not hard to follow him and I felt myself begin to relax and my heart rate steady as I focused on the mission at hand, but when he turned in the direction of where we lived, I felt the first stirrings of doubt and uncertainty.

What if he had forgotten something at the house that he was going to pick up? What if he had changed his mind altogether and was returning home? Why else would he be headed in this direction?

As he continued getting closer to the house, my doubt began to change to panic, and I was just about to call off the mission when he indicated that he was making a turn, still a distance from our own turn off.

He was not headed to the house after all; I refocused my attention on following him. Just a few meters later, he made a final turn, this time to a large gate at a fancy-looking apartment complex, and I let a few more cars overtake me as he waited for the gate to be opened.

He drove in and I inched forward and that is when my attention moved from his car to a movement on one of the building’s balconies, as the door to it opened and I felt my blood run cold and drain from my face as my mind tried to process what I was looking at – a visibly very pregnant Julie!