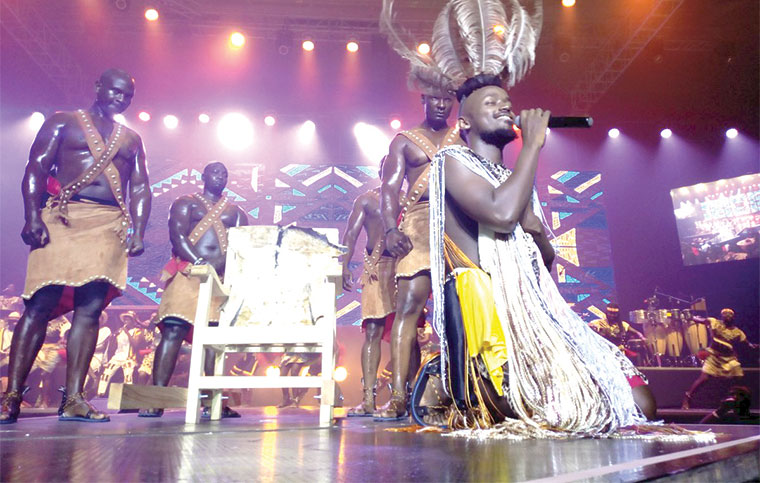 For concert and festival lovers, it has been a depressing year. No music concerts, no bars (well, officially), no Nyege Nyege festival, no Sauti Za Busara, nothing, save for the promoter-branded-‘covidiot’ who staged a concert in Munyonyo with Nigerian artistes in the middle of a pandemic!

What do the months ahead hold for fans, however? Can Uganda safely organize music festivals despite the curfew and persistent pandemic? Is there a safe way for social gatherings to restart without worsening the situation?

In the West and some African countries have cautiously opened their beaches and open-air entertainment while respecting the Covid-19 rules, although most of those experiments have ended in tears.

The USA and Ghana, among others, have hosted semi-virtual award events in respect of SOPs. In Uganda, promoters and bar owners continue to engage government on how they can resume operations without jeopardizing the gains made in fighting the pandemic.

According to Emma Carlos Mulondo, a musicians’ manager, festivals and events can be well- planned in respect of SOPs. He added that organizers can get venues that can accommodate 200 people, and still guarantee a return on investment.

According to Mulondo, organizers will be required to seek permission and those that don’t comply shall be penalized. In a phone interview with Brian McKenzie, an event organizer and former radio presenter, he said resuming concerts and festivals would be a challenge because a festival is designed for patrons to express themselves freely.

“If we can separate classes of tickets, we can be able to create safe spaces that are not crowded and limit the chances of infections, just like supermarkets or restaurants have done,” he said.

He also said the government needs to look at entertainment as a source of livelihood for many citizens; “the same way we were able to sacrifice others for truck drivers, they can look into ways to safeguard entertainment, but it can only happen if the government appreciates how much it contributes to the economy”.

In a phone interview with Balaam Barugahara, an events organizers, promoter and businessman, he said events and festivals can be well-planned, well-attended – the same way government did with churches and other sectors.

“What we need to do is sit with the ministry of Health to give them the guidelines and if they are good, we shall respect them. Everything is possible if they enforce [SOPs] and teach people the dangers of having crowds, and guiding them on what is needed,” he said.

Balaam also said he has no doubt that events and festivals will rise again; for now, the continued shutdown of such events has created a drought among promoters, because most of them lost jobs, others have closed businesses, and some are being hounded by loan sharks.

Still, he concurs it could be difficult for ‘excited’ patrons to observe guidelines. Even in churches and other opened-up spaces such as markets, masks, hand washing and other SOPs are mostly ignored.

Lwanga wants government to consider the livelihood of those in the entertainment business, because it has been one year of zero business for most.  He says it is a job that feeds promoters and is interlinked to artistes, traders, sound and stage providers, venue owners, food vendors, transport, etc.

In the meantime, the television presenter advises that the arts industry can adopt the new norm of using technology as a platform to learn and connect with colleagues in the diaspora, giving them a chance to learn from the well-developed markets at no cost.

Currently, Uganda is having ‘promising’ Covid-19 statistics, compared to other countries in the region. Isolation centres and Covid-19 wards are closing, but health officials warn that this could only be the eye of the storm. On the other hand, many Ugandans want the curfew lifted and all businesses reopened, to allow a return to normalcy.

Whether that is possible at this time when neighbouring Kenya has returned to a lockdown, remains to be seen.