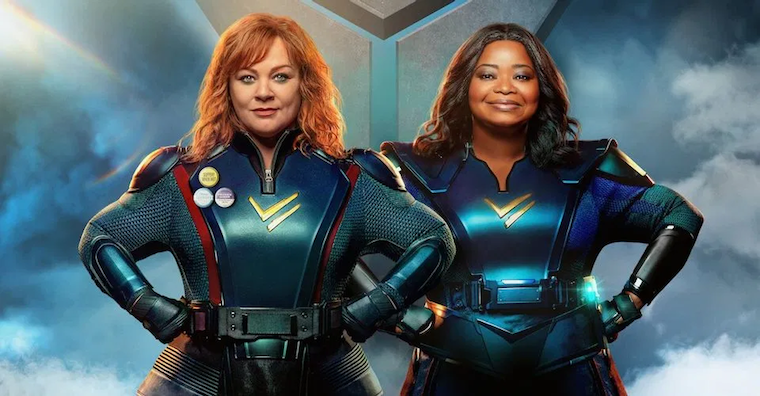 Thunder Force, which you can now watch on Netflix, features Melissa McCarthy and Octavia Spencer as best friends that live in a world littered with supervillains.

Back in high school, Lydia saved Emily from bullies. The pair became inseparable. However, the complexities of life eventually pulled them apart. As adults, Lydia and Emily could not be more different.

While Lydia is a lonely boozer, Emily is a tech genius with more money than she could ever hope to spend in one lifetime. When Lydia stumbles into Emily’s lab, Emily’s newly discovered genetic treatments give her super-strength, turning Lydia into a superhero.

Initially exasperated, Emily eventually joins Lydia on her quest to save Chicago from a villain known only as The King.

But as it progresses, the movie becomes just another paint-by-the-numbers action-comedy. This is not surprising. McCarthy’s collaborative efforts with her husband rarely succeed.

Some critics argue that Falcone lacks vision. But if you like McCarthy’s brand of comedy and Falcone’s movies, which include Superintelligence, Tammy, and The Boss, then Thunder Force is probably your cup of tea.