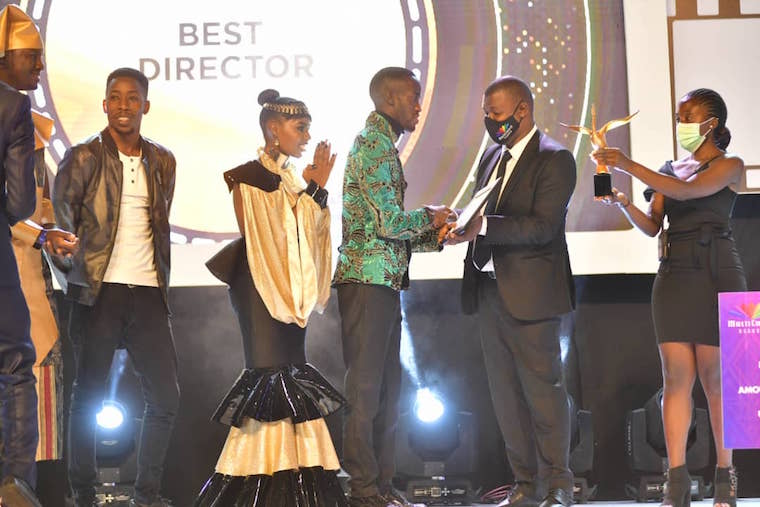 As a way of continuously promoting the local film industry and bringing together all Uganda’s film industry stakeholders in a more focused and structured environment, the Uganda Communications Commission (UCC) held the 8th edition of the Uganda Film Festival from March 29 to April 2.

Under the theme ‘Rebuilding a resilient creative industry through the pandemic’, the week-long event featured various activities such as screening of films, TV series and dramas, trainings and workshops from experts with broad knowledge and experience from the film industry, regional outreaches and the climax of the festival, which was an awards gala night.

During the awards gala at the Uganda Institute of Information and Communications Technology (UICT) in Nakawa last Friday, Susan Wegoye, the director of Legal Affairs at UCC, commended local filmmakers and actors for the continued enthusiasm and passion amidst the pandemic, which saw them receive over 204 entries.

“As a commission, we are happy to note that the local film industry is slowly picking up the pieces. There is great enthusiasm of Ugandans towards home- made films and we have observed and increased offering of local content on our television stations and online platforms,” she said.

The minister of ICT Judith Nabakooba who was the guest of honor said: “The film industry gives us a window through which we can encourage our communities to rise up again. Through its motivational and emotional power, films have the power to guide our journey of growth to greater heights. I, therefore, call upon all filmmakers to reflect on our country’s priories and use your talent in helping us achieve them.”

Best Student Film: Till Death Do Us Apart