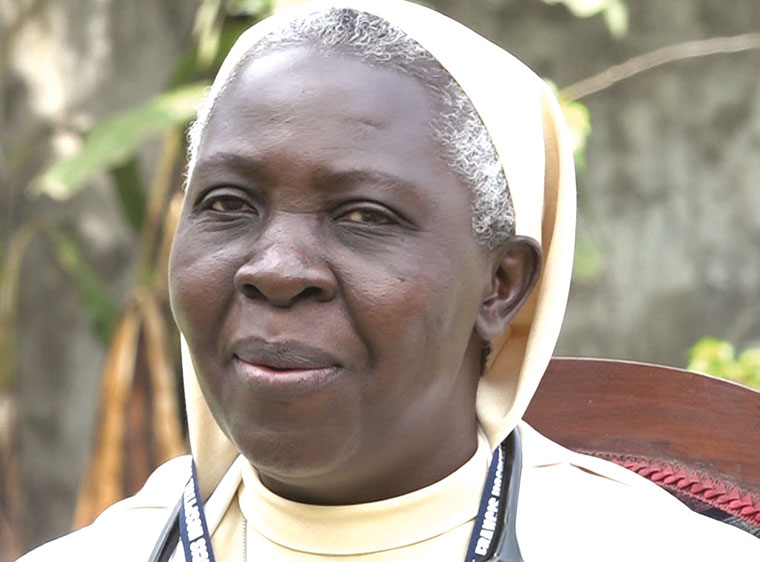 As a little girl, Justina Geraldine Najjuka’s dream was to become a teacher, picking inspiration from her mother, Maria Hellena Namazzi, the only living founding member of Uganda Martyrs SS Namugongo.

Namazzi had supported Najjuka’s dream, but the devout Catholic in her also wanted her daughter to join the convent and be a nun. Unlike in current scenarios where children object to parents’ career advice, Najjuka, now 65, simply has praises for her parents Eli Canaan Sserwanga, who was a land surveyor, and Namazzi the teacher for their hand in her life journey.

That is how in 1970, she joined Little Sisters of Nkokonjeru convent and professed to be a nun five years later, on December 21, 1975. Just like it is in seminaries, convents also allow the young girls and women that devote their lives to Jesus Christ to continue with their non-theological education, if they so wish.

That is how Najjuka found herself at St Joseph’s Girls School, Nsambya sitting for her senior four exams in 1980, where she performed very well. She was encouraged to continue with science subjects at the advanced level. Her grades in the Uganda Certificate of Education had been so good that she had been admitted to one of Uganda’s most prestigious schools, Mt St Mary’s College Namagunga for Higher School Certificate (HSC).

At Namagunga, again Najjuka excelled in her science combination, setting her solidly on the path of a destiny even she did not foresee in her original dreams of being a teacher.

Despite wanting to follow in her mother’s admirable footsteps (Namugongo is still one of Uganda’s best schools) Najjuka’s teachers saw her destiny differently. They saw a medical doctor in her, saving scores of lives in a country chronically understaffed in that field.

They asked her to join the medical school at Makerere University/Mulago hospital.

According to Najjuka, she was not sure of herself – a nun in scrubs and wielding a stethoscope? – but back in the Nkokonjeru convent, she had been through a lot of grooming and fear is one of the things she had long-overcome.

Upon joining the medical school at Makerere, everything seemed strange, not only to her, as a fresh student, but even her classmates, lecturers and others. A nun in a medical school! That was a question Najjuka faced almost daily.

Medicine is not for the fainthearted, and for Najjuka, encountering surgery for the first time gave her nightmares. But this was something she had picked interest in, and could not change goalposts.

Sr Najjuka completed her bachelor of Medicine and Surgery in 1988, becoming the first nun in Uganda to qualify in the profession. After her internship at Rubaga hospital, she was tasked with setting up a team to improve the standard of her hometown’s Nkokonjeru hospital.

“This was the hardest task” she says. “As the medical superintendent, I had to source for new staff. Some of them were trained on the job because we couldn’t get trained personnel.”

She also had to change the face of the facility, restore public trust and put everything in order. After seven years at Nkokonjeru, Najjuka realized she was not doing much in saving the under privileged, especially those battling complications that were given less attention. She went back to the medical school in 1996, this time to specialize in reconstructive/plastic surgery.

“I love renovating and rehabilitating. I used to see children with cleft lips and other less privileged people who could not afford the services of surgeons. As a servant of God, I picked interest in their plight and made steps to make an impact. This was the only path to lead the way,” she says.

Many had questioned the role of religious sisters in Catholic hospitals; so, using her experience as the first medical doctor nun in Uganda and East Africa, Najjuka influenced other nuns to join the vocation to save lives; to break the glass ceiling and go beyond being nurses and midwives, and become top surgeons and specialists too.

Being a religious sister, Najjuka was in a special position few career women enjoy, where she could flexibly compete with men at all levels, because her ‘family situation’ was favourable to professional advancement, among other things. Oftentimes in demanding professions especially when it comes to working hours, women find themselves forced to choose between career and family.

Najjuka has relentlessly chased her dream of helping the needy using her vocation, with few impediments. Surgery to an ordinary Ugandan would mean selling off some property to get money for the service.

Even in public hospitals where services are meant to be free, surgery oftentimes comes at a cost especially for medical supplies that are rare in public health facilities.

It is no longer a surprise for a patient to be asked to report to a public hospital for surgery with gloves, surgical blades, gauze and other medical supplies. The Observer once witnessed this first-hand at Jinja regional referral hospital.

One smile at a time

In private hospitals, plastic surgery goes for between Shs 8m and 30m, depending on the complication and the facility giving the service. Najjuka has focused on correcting cleft lips, a complication destroying many poor people’s lives, who cannot afford to have the anomaly corrected.

The cleft lip is an abnormality that develops during pregnancy, causing a baby to be born with part of its upper lip missing, or deformed. Besides genes, other factors like what the mother eats, drinks, the medication she uses during pregnancy and toxic environment can cause complications to the formation of the baby’s lips.

The upper part of the mouth (palate) is formed between week six and nine of a pregnancy. The cleft palate happens if the tissues that make the roof, do not come together completely during pregnancy. Children born with such anomalies have difficulty eating, speaking and sometimes hearing, as well as complications with their teeth.

A survey conducted by private medical practitioners Marieke Dreise, George Galiwango and Andrew Hodges and published on Pub Med, examined 26,186 babies. Of these, 19 had a cleft lip. Boys are most affected by the complication.

Though the complication can be reversed especially when the child is young, not many can afford the cost. Through Smile Train Foundation, Najjuka has become a beacon of hope to parents who cannot afford such charges to receive the reconstructive surgery. “That is the only way I can serve the Lord and give back to the people,” she says.

Since 2005, Smile Train has conducted medical camps in Uganda, Burundi and Kenya. In Uganda, about 14,000 children have benefited. The 65-year-old has since retired from civil service, but continues with the charity work under the foundation she is so proud of.

Najjuka is, however, disappointed that government has ignored the plight of parents facing this problem.

“I pray that they think about it and do something. We can’t reach out to every victim, though we do our best. I hope this problem is considered during their budgeting and is given the attention it deserves,” she says.

Every mother deserves to be blessed with her child’s perfect smile. Every child deserves to have a wholesome life devoid of bullying and unnecessary questions. And for as long as Sr Najjuka has breath in her, she is pursuing that goal relentlessly.