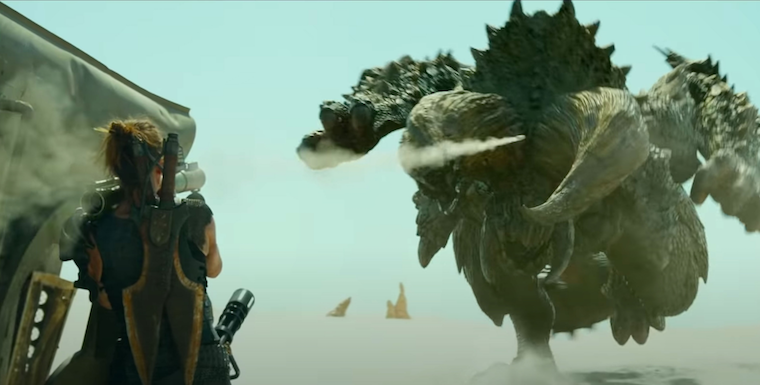 Monster Hunter is a fantasy-themed, role-playing video game that was first released in 2004.

It takes place in a low-fantasy setting in which various species (that look a lot like humans) live in communities that feature steam-powered technology.

The landscape is littered with the ruins of an advanced but dead civilization. In those isolated and desolate areas, monsters roam, threatening small villages and ravaging research bases whose scholars work night and day to study the ruins.

Players inhabit the shoes of Hunters, powerful warriors that protect these villages and research bases by hunting, trapping, and killing the monsters.

Monster Hunter 2020 loosely adapts this Capcom game. The movie follows a soldier that is drawn into a desperate battle for survival after her crew is transported to a strange world littered with vicious monsters. The movie, which features Milla Jovovich, T. I, and Tony Jaa, was directed by Paul W. S. Anderson, Jovovich’s husband.

Anderson and Jovovich worked together on the Resident Evil franchise. The director is also responsible for Death Race, Alien VS Predator, Event Horizon, Pompeii, and Mortal Kombat 1995, to mention but a few.

Critics have praised Monster Hunter 2020 for its action sequences. However, they attacked it for the poor script and editing. The movie premiered last Friday and will be screened at Century Cinemax.