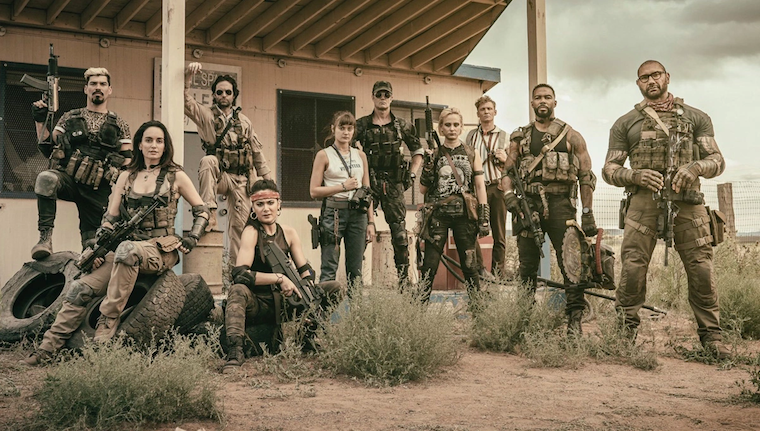 The Snyder Cut is just a few weeks away. I know this because Snyder’s rabid fans keep reminding us all.

They are determined to raise and maintain interest in the movie until it finally premieres on March 18. I said ‘movie’ not ‘miniaseries’, because Warner Bros has decided to release all four hours of the Snyder Cut at once. I don’t know if I want to sit through four hours of Zack Snyder’s Justice League.

I will watch it all the same, of course. I want to complete the story that Zack began with Man of Steel in 2013. However, I hated BVS, which Zack made without any significant studio interference. Once he noted the poor response to the movie, Zack argued that the longer version would resolve all the issues surrounding the theatrical cut.

He was wrong. It is easily the dullest movie in his bibliography. So, you can probably understand why I am far from enthusiastic about the Snyder Cut. The director told us a while back that he had not seen Whedon’s Justice League.

I have heard suggestions that he runs the risk of repeating Whedon’s mistakes, which would make for an amusing conclusion to the controversy. I cannot wait for the whole Snyder Cut saga to end.

I like Zack as a director. Whatever you think of his approach, his movies are rarely boring. But the DC Extended Universe has kept the director trapped in the same sandbox for years. I want him to lend his talents to some new projects.

Netflix finally released the Army of the Dead trailer. Zack made a splash in 2004 when he directed Dawn of the Dead, a remake of the 1978 George Romero Classic of the same name.

Dawn of the Dead stayed true to the tropes of the zombie genre, and while Zack enjoyed every moment he spent making it, the movie also challenged him to rejuvenate the genre by throwing a few unexpected elements into the mix. The concept for Army of the Dead was born soon after. However, the director could not find anyone to finance it.

So it languished in development hell for over a decade before Netflix stepped up in 2019. Scott Stuber, the head of original films at Netflix, was sold the moment he heard the idea. He gave Zack a week to write the script. Netflix’s confidence in the movie was such that they also financed an animated prequel series.

Unlike Dawn of the Dead, which is quite traditional as far as zombie films go, Zack describes Army of the Dead as a zombie heist movie.

It takes viewers to a world in which a plague has escaped from a military base, unleashing a zombie outbreak. The US government has succeeded in containing the plague by building a wall around Las Vegas. Now a team of mercenaries is determined to take advantage of the mayhem by stealing the millions in cash waiting in the city’s casinos.

The first Army of the Dead trailer did nothing for me. But I will see it all the same when it comes out on May 21. Hopefully, this will be the first of many non-DCEU movies to come from Zack Snyder.