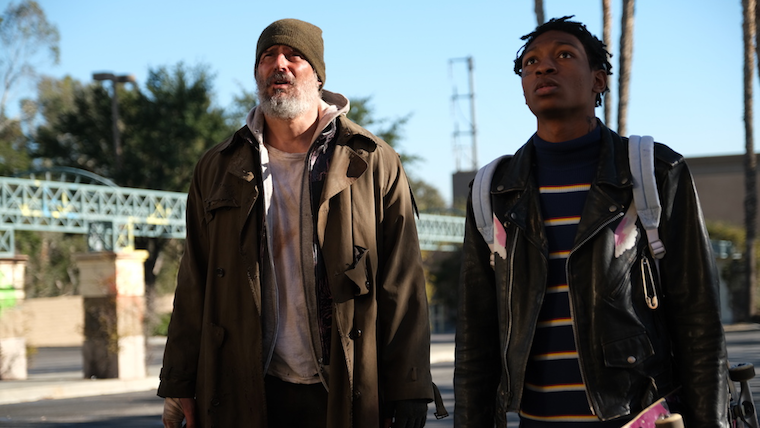 Archenemy, which was released in the USA in December 2020, is an independent superhero mystery thriller that follows Max Fist, a homeless drunk.

Max spends his days telling everyone who will listen that he has superpowers; or rather, he had superpowers. An incident pulled Max from his dimension, stripped him of his abilities, and deposited him on earth. No one believes Max.

But Hamster is fascinated. The teenager can’t get enough of Max’s stories.When Hamster and his sister run afoul of a vicious drug syndicate, Max jumps to their rescue, proving his worth as a hero by delivering his unique brand of violent justice.

Archenemy was directed by Adam Egypt Mortimer, who claims that the movie is the second installment in the Vortex Trilogy.

That would make it a sequel of sorts to Daniel Isn’t Real, a 2020 film that Mortimer also directed. Both films exist independent of each other. Mortimer has promised his fans a sequel to Archenemy that pits Max against Daniel.