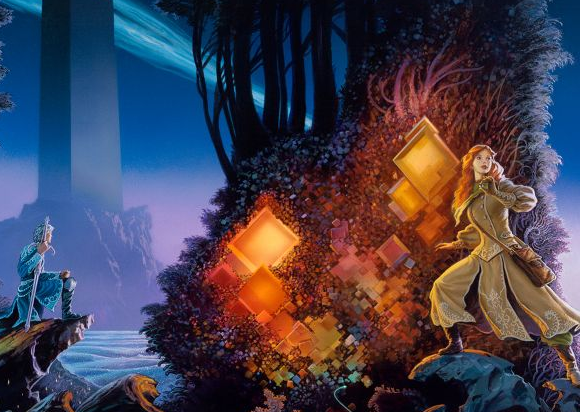 Do you know what I hate? Spelling ‘Rhythm’. Also, I have not read Rhythm of War. And because I am sick of seeing those squiggly lines that appear whenever I spell a word wrong, I shall refer to the novel as ROW from this point onward.

If you know anything about me, then you know that Brandon Sanderson is my favourite author. And I love the Stormlight Archive novels. My decision to ignore ROW for now is not driven by any sort of disappointment towards these novels.

Oathbringer is easily the weakest in the series. However, I still enjoyed it and I am just as excited to read ROW. But novels are not like movies; at least not for me. I don’t read them as they come out. I have a long list of books that I want to read before I get around to ROW.

But that has not prevented me from taking a peek at the response the book has received. The reviews were more varied than I expected. Yes, most of them were positive, which is not surprising. A sizable section of Sanderson’s fan base devoured the book the moment it was released last year.

And if ROW was even half as exciting as Words of Radiance, then most of Sanderson’s fans walked away happy, hence the glowing reviews. However, several readers criticized ROW for its length. The novel has 1,232 pages, which is simply staggering for newbies. But longtime Sanderson fans are accustomed to the bulky novels that litter the Stormlight Archive series.

In fact, we appreciate the length. The first two installments were so good that they could have been twice as long and I would have loved them all the same. Oathbringer does not share this praise, because I honestly felt like it was ‘too long’.

When an author delivers a spectacular story, you want to read as much of it as possible. A book only becomes a slog when the quality dips. From what I have read, ROW exceeds expectations several times over. However, it also feels like a slog in some places.

I saw some comments on GoodReads that argued the novel would have fared better if it were 400 pages shorter. That is a little alarming because I tend to assault George R.R. Martin’s work with similar complaints. His books are pointlessly long, because they delve into details and explore characters that don’t matter in the long run. It is a little disappointing to think that Sanderson fell into the same trap.

Obviously, I have every intention of reading ROW. I am not in the business of avoiding novels simply because other people hated them. And yet, I cannot help but wonder whether Sanderson’s fame has become a detriment to his work. This happens in Hollywood all the time.

Some directors become so successful that they are given carte blanche to make their movies as they see fit. This never ends well, Nolan’s Tenet being the most recent example. Sanderson may have become so successful that his editors make little to no effort to rein him in. If Sanderson’s latest novel is truly the slog some claim it is, the future of the Stormlight Archive series has me worried.