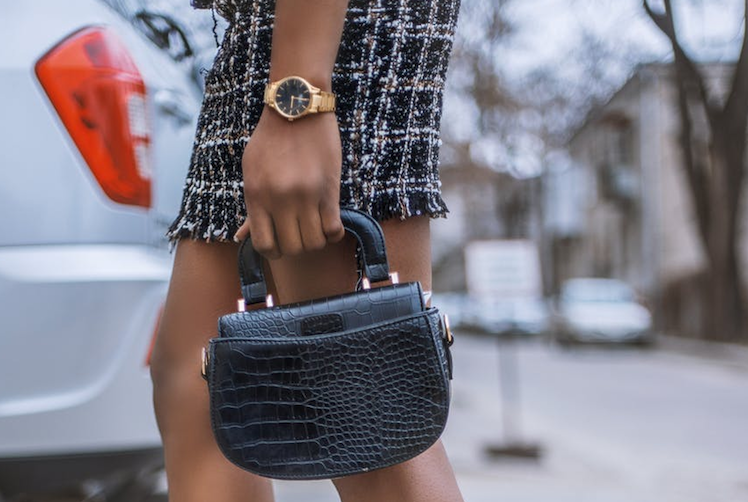 That Monday marked the end of the time Mark had given me to ‘think about’ my job, and since I already knew I was quitting, the only matter that remained was how I quit.

Considering all the time I had worked for him and that he had in all fairness been a great boss, it did not seem right to simply send an email; so, I decided to go and see him in person.

Knowing that early mornings were the best time to catch him, I was already at the agency when he arrived. He frowned when he saw me, but nonetheless motioned for me to follow him into his office.

“I don’t have a lot of time; so, let’s get straight to it; have you thought about what I said when we last spoke?” he asked coldly.

“Yes, I have – and I’m afraid I’m going to have to tender my resignation. Like I tried to explain when we talked, I have been having some personal problems, and I won’t be able to handle them while continuing to work efficiently at the same time,” I explained regretfully.

“Oh, I see,” he blinked in surprise, then shrugged, and went on brusquely: “Fine, I accept your resignation, and since you have personal issues to attend to, I’ll let it begin immediately; make sure you hand over any office property by the end of the week.”

“Fine; that will be all then.”

I wanted to say more, like I had enjoyed working for him and wish I still could, or that I was grateful for all he had done for me, but from his cold countenance, I knew that would not be welcome; so, I stood up, murmured a weak “thank you, Sir”, then turned and hurried from his office before I got emotional in front of him.

I had my head bowed and did not see Diane until I almost bumped into her as I exited the agency’s swinging doors.

“Sorry, excuse me…” I began, until I looked up, past the too short and too tight skirt, and recognized her.

For a second, I froze, expecting her to say or do something to cause a scene, and bracing myself for it; instead, she simply sneered at me, and walked on.

Relieved that there had not been an exchange, I let out my breath in a relieved sigh, and hurried off, eager to get as much distance as possible between myself, Diane and the agency.

Mark had not wanted to see me. He had made that much obvious from the hesitant apprehension in his tone when I called and asked to go over the pictures from the shoot.

I had had to twist his arm by pointing out that it was he who had said he did not want what had happened to affect our business relationship, yet that was what he was doing, by not wanting to meet a client over an ongoing campaign.

“You’re right; I have some meetings later on in the morning, but if you can come in at around nine, we can go over them then,” he capitulated.

“I’ll be there at eight thirty,” I had answered, then hung up.

After obsessing over Mark all weekend, I had come to the conclusion that if I were to get him out of my system, I would have to go on with – and succeed at – my seduction of him.

To that end, I dressed with seduction in mind that morning, wearing a low-cut blouse beneath my jacket (which I intended to discard once I got to his office), pairing it with a skirt that, while ‘official’, was probably one size too small for me, so it showed more than an ‘official’ amount of skin.

David raised his eyebrows when he came downstairs and saw what I was wearing.

“Isn’t that a bit too short?” he asked bluntly.

“I run a boutique, David; fashion is our business,” I answered wryly, then sighed with exaggeration to give the impression that his concern was unreasonable.

He shrugged and rolled his eyes, but did not comment on it further, and a few minutes later, I left, headed not for the boutique, but Mark’s office.

I had just arrived at work when I received a text from Julie.

‘Hi. I just run into your wife at the agency. Don’t worry, I didn’t say anything to her, and there was no scene, however, I would worry about the length of her skirt if I were you.’

I had noticed Diane’s almost indecently short skirt that morning, but when she scoffed at my concern, I decided to let it slide. I did not want to come across as the controlling, insecure husband, making a fuss about his wife’s dressing, and since I assumed she was going to be spending the day at the boutique, and not out and about, I did not think it was worth fighting over.

Now, it turned out that she was out and about after all, and frustratingly, I could not bring that up with her, as she would then know I was still in touch with Julie.

Interestingly, I had never had a problem with Diane’s dressing before; she was a very stylish and fashion-conscious woman, and her style had always brought me pride. Until now.

I wondered if it was some sort of mid-life crisis, and if I had inadvertently brought this on by my affair; maybe she had wanted to look and feel younger, since I had strayed, so she assumed she needed to recapture my attention.

Whatever it was, I certainly hoped it was a quickly passing phase, for I was not ready to start receiving snide remarks about how my wife was dressed, from Julie, or anyone else.