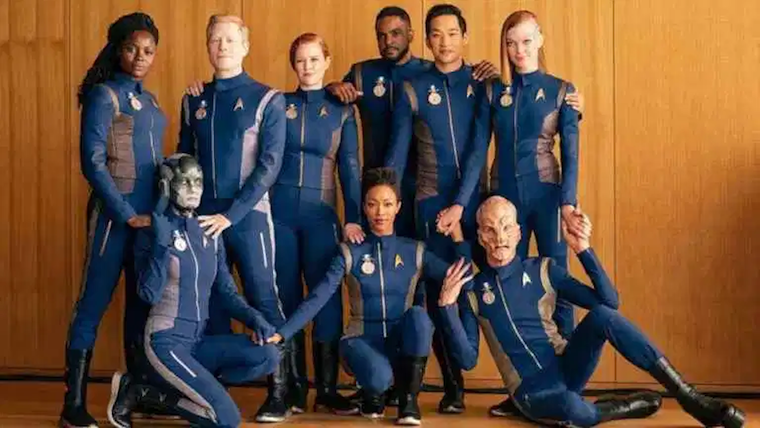 The biggest trailer of the month is possibly Denis Villeneuve’s Dune. But I don’t care about Dune and that won’t change until I watch the movie. Villeneuve directed Blade Runner 2049, one of the dullest movies I have ever watched in cinema; you can now understand my disinterest in his work.

I would rather talk about Star Trek: Discovery Season three, whose trailer recently debuted. Season one struggled. The show’s darker, grittier stories alienated longtime fans that had grown to associate the Star Trek franchise with optimism and hope.

Season two successfully reversed the mistakes of its predecessor by adopting the themes of older Star Trek shows. However, it was hampered by frequent comparisons to the Star Trek of the past.

Season three will potentially escape all that baggage by taking the protagonists to the 32nd century. The showrunners defended the moral ambiguity of Season one – which longtime fans abhorred – by arguing that Star Trek: Discovery was set during a time of uncertainty; in an era before the Federation became the principled organization that fans associate with the franchise.

This explanation did little to suppress the fury of Trekkies who accused Discovery of destroying the nobility of Star Trek. Most prequels suffer the same fate. They cannot tell compelling and unpredictable stories without introducing plot holes and potentially invalidating the events of the shows that came before them.

Just look at Discovery’s Michael Burnham. The idea that Spock, a beloved Star Trek character, has a sister he never once mentioned, is still ridiculed today. Season two erased the events of Star Trek: Discovery from history, providing compelling reasons as to why a powerful ship like Discovery fell into obscurity, receiving no mentions in TNG, DS9, Voyager, or Enterprise.

The decision to set the third season in the 32nd century was a stroke of genius, because it frees the show from the constraints mentioned above. Discovery does not have to worry about tampering with future storylines, ruining characters, or maintaining the themes that Star Trek fans hold so dear.

Because it is set in the distant future, Star Trek: Discovery can do whatever it wants without clashing with other ongoing projects such as Star Trek: Picard. Additionally, all those complaints regarding the state of the franchise, what it should or shouldn’t be, will finally disappear, because it does not have to adhere to any particular legacy.

The showrunners can twist the Federation into any shape they want. They can paint the universe any colour they wish. Simply put, they have a rational excuse for making drastic changes to the franchise.

Will people complain? Of course, they will. Longtime Trekkies hate change. They want every new installment to maintain the image and spirit of the Star Trek they watched decades prior.

Nerds are always looking to immerse themselves in the nostalgic warmth of whatever stories gave them joy in times past, and any new iterations that attempt to alter the formula are dismissed as failures. Brand new Star Trek fans loved season two of Discovery and they are excited about the third season.