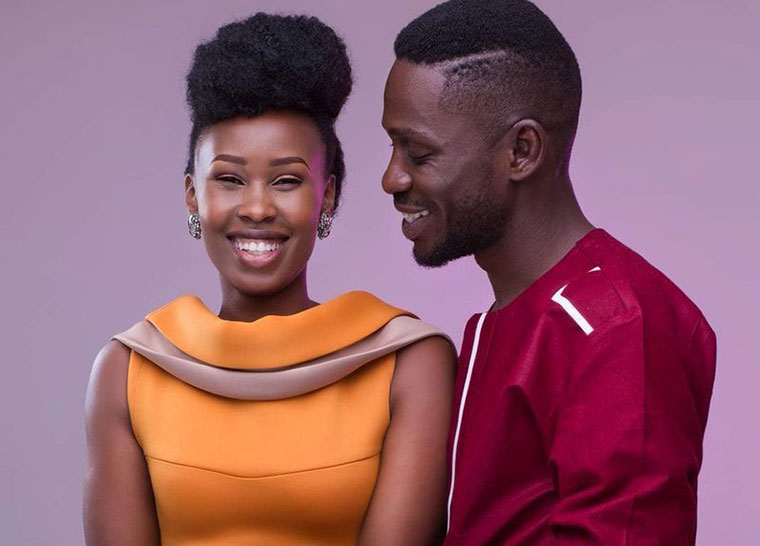 A play with heavy political undertones leads Barbie Itungo as a ‘vacist’ and Robert ‘Bobi Wine’ Kyagulanyi as a fresh music, dance and drama student at university, who meet for the first time and Barbie is tasked to interpret Kinyankore songs for Bobi Wine, as Alon Mwesigwa reviews.

The mid-morning sun warmly reflects on the green vegetation. The scent of freshly blossomed roses sweeps through the air.
A young lady with short hair, black dress and leather sandals takes a stroll around, throwing her arms wide and inhaling with appreciation.

She murmurs: “How I wish I had a stable lover...then we could enjoy this beauty together...”

Unknown to her, a young man dressed in white and black short- sleeved T-shirt and shorts watches from a hideout. He jumps out and holds her, as she screams in fear. It is June 2002 at the National Theatre. The play Lady Will You Marry Me is on stage.

Robert Kyagulanyi, a student at Makerere University’s department of Music, Dance and Drama, and Barbara Itungo, in her S6 vacation, are playing main roles as Mr Cat and Lady Mouse respectively.

The play written by Dr Mercy Mirembe Ntangaare, an academic at Makerere University, has several plots, including love, political corruption and domestic violence.

In ordinary lives, a cat and a mouse are unlikely pairs. But in folklore, it’s different, says Ntagaare. Indeed, after the capture of Lady Mouse, Mr Cat quickly convinces her they can live together, to which she agrees after a measured hesitation.

As a promise to keep the relationship intact, the cat and mouse agree to keep a piece of cheese in the church as a souvenir. After gaining Lady Mouse’s family support, Mr Cat develops ambition of becoming president of the Cats and Rats family.

At the fifth anniversary as president, nepotism, corruption and sheer incompetence plague Mr Cat’s government.
Relatives and friends demand to be appointed as government ministers. Mr Cat and Lady Mouse discuss whom to appoint – and the government totters.

Ntangaare says she wrote the play alone while doing her PhD in Germany in 1999. She was inspired by the social political situation in the country at that time.

“Between 1999 and 2002 was some of the early days when we were getting shocked that there was corruption in President Museveni’s government,” Ntagaare says.

When NRM government came into power, it promised to get rid of corruption and people gave it a benefit of doubt but shortly after ascending to power, things changed.

“In a way, I was sympathizing with President Museveni – the demands for regional representation and to have people of this tribe, that region appointed minister, were immense,” she says. “Then there was privatization and nobody knew where the money being sold out of state assets was going...”

In the play, Mr Cat went behind Lady Mouse and ate the souvenir piece of cheese. This symbolized the betrayal Ugandans suffered with the government they trusted. The play ends with Mr Cat fighting and killing Lady Mouse – symbolical of the future fights between those in power and their subjects.

But also, Ntangaare says the fight symbolized domestic violence. At that time, she says, there were reports of domestic violence between Vice President Specioza Wandira Kazibwe and her late husband Charles Kazibwe.

In his review of the play, Makerere University law don Dr Busingye Kabumba,  said the play is “insightful in its analysis of human nature…indeed those who seek political office on grounds that it will ensure representation for their people are exposed as self-seekers.”

“Those who come to power riding on the wave of popular support are cursed later on,” Kabumba wrote in a 2002 review of the play.

Upon completion of her S6 at Bweranyangi Girls in Bushenyi in 2001, Barbara Itungo was sent to live with her aunt in Kampala’s Nsambya suburb.

However, the aunt who had an 8am-5pm job was not sure Itungo would be safe if left at home alone. To keep her engaged, she called Ntagaare, who was engaging young people into acting, to see if she could take her on. Ntangaare accepted. Bobi Wine had been chosen from the department because of his uniqueness.

“He was energetic and used to walk with a spring,” Ntangaare says.

Bobi Wine was cast as the main actor while Itungo was his co-star. Another lady, Faith Birungi, was picked as Itungo’s understudy, in case the young Itungo did not show up. As fate would have it, the play featured Kinyankore songs that Bobi did not understand.

The first task for Itungo was to study the script with Bobi, but also interpret for him the Kinyankore songs.

“We spent six months on the rehearsals, meeting every day. We formed like a family and became close,” Ntangaare remembers.

Yet oblivious to the producers and directors, interpreting Kinyankore songs was quickly blossoming into a love relationship.

“We started to notice something was wrong later in the rehearsals,” she says. “Whenever Bobi Wine would act with Faith, the play would collapse. Whenever he would act with Barbara, the play flowed smoothly with energy and love.” 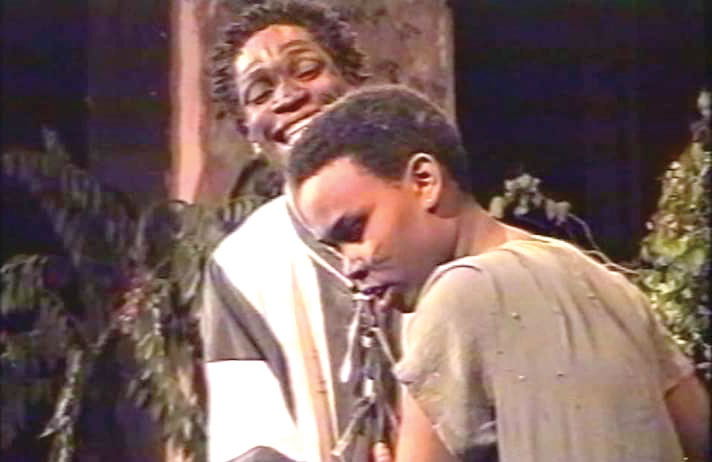 She says there were moments in the play where Bobi and Barbie kissed – these episodes probably cemented their intimacy.
Intimate relationships were illegal in the camp, Ntangaare says, but it had already grown between the two by the time it was realized.

When Barbara joined the university later that year, their love grew stronger.

“At this point they were adults; so, no one could stop them,” Ntangaare says.

Yet even as their relationship grew, acceptance on the side of Itungo’s family remained hard.
Bobi Wine was not your ‘average’ suitor. He grew a beard, wore dreadlocks and plaited his hair – features he maintained even when he went for introduction years later.

“In Kinyankore culture, this was not acceptable … It was difficult,” Ntagaare says.

But the parents had no choice as Itungo’s heart was set, and he soon grew on them.

“When he threw the wedding party at Serena [in 2011], we were there with parents and everyone was happy. I think the parents had gotten used. He has turned out a good gentleman and if he becomes a president, I think he will be a good one.”

Last week, the couple marked nine years in marriage and against all odds, remain one of the most inspiring couples.
For Itungo, her marriage is a testament she considered the question Lady Will You Marry Me? carefully.

On the political and social scene, the jury is still out on whether Ugandans who welcomed guerilla fighters led by Yoweri Museveni in 1986 considered this question carefully. The play is now on the syllabus for MDD students at Makerere University.