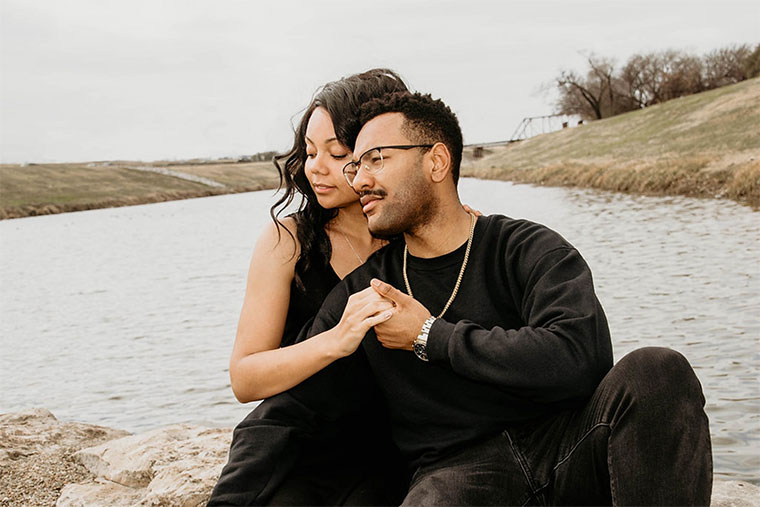 New beginnings must be one of the most daunting times in one’s sex life, especially if one has been in a monogamous marriage/relationship for years.

Yet, s#*t happens; people get divorced. Spouses die. And not all these permanent separations happen when people are old and comfortable to ‘return their guns to the sub-county’.

I know a 33-year-old who is once widowed, once divorced and currently processing another divorce. But this is not about her; I just wanted to demonstrate that not all widows/widowers are old and sexually retired (if anything like that even exists at all!)

After years of making love with this one person and knowing all their curves and edges, how does one start over with a new spouse?

Of course this is no dilemma for those who sexually start over every week with someone new…this is definitely not written for you. It is for the man whose wife of many years passed away and he now feels ready to get back in the ring. It is for the woman whose divorce is final and feels ready to dare love again.

Sometimes it goes perfectly, but for some people it can be a terribly emotional episode. I have known both.

Edwina (not real name) is in her late thirties. Her husband was one of the people killed in the 2010 terrorist bombs in Kampala, but 10 years later she cannot bring herself to date, let alone marry another.

“I live for my children. I have been loved by the best and I fear any relationship after my late husband would mean settling for less,” she once told me. Sex, despite her young age, is the farthest thing on her mind.

But then there is Peter (not real name), whose wife of decades died of natural causes. He waited two years before allowing his adult children and nieces to help him find love afresh.

“She was about 15 years younger than him. I remember him calling over and over from Seychelles where they honeymooned, gushing about his new bride and thanking us repeatedly. It was so funny. And embarrassing,” a niece that hooked him up recalled.

From the couples themselves that have had to replace one spouse with another in their beds under such unfortunate circumstances, the nerves of that first night reportedly need Madonna’s Like A Virgin playing in the background.

Even for people who have been there, done that, but chose a long period of celibacy, the thought of getting intimate again can be a cause for cold sweats. The performance anxiety, fear of hardware and the insecurity can be very real.

Besides, how does one avoid making comparisons, like Edwina feared?

“When my husband and I separated seven years ago [they have never divorced officially, but he has moved on], I thought I was ruined for everybody else,” one woman shared her experience.

“But last year I got back into dating and my, oh my! This man made me realise that there can indeed be better levels to every good thing. He has inspired me to even finalise the divorce!”

However, renowned sex therapist and psychologist Tracey Cox said in her book, Hot Sex, that for many people, sex during such new beginnings can be a sad affair and that is normal.

“Sleeping with someone new marks the true ending of the previous relationship. It will hit you like a lightning bolt: my [goodness], it is really over,” she said.

Widows, especially, find it harder to venture into new relationships, compared to widowers, because of this ‘fear’ of closure or shutting the door firmly on a memorable union.

I know a couple of senior citizens well into their eighties, still wearing their wedding bands with pride despite having lost their husbands in their 30s. Starting over is not for everyone, of course.

But take another chance on love if you want to; allow yourself enough time for all the emotions and pain. Once you feel ready, get back on the bicycle again. It does not matter how long it has been, you never forget how to ride, they say.