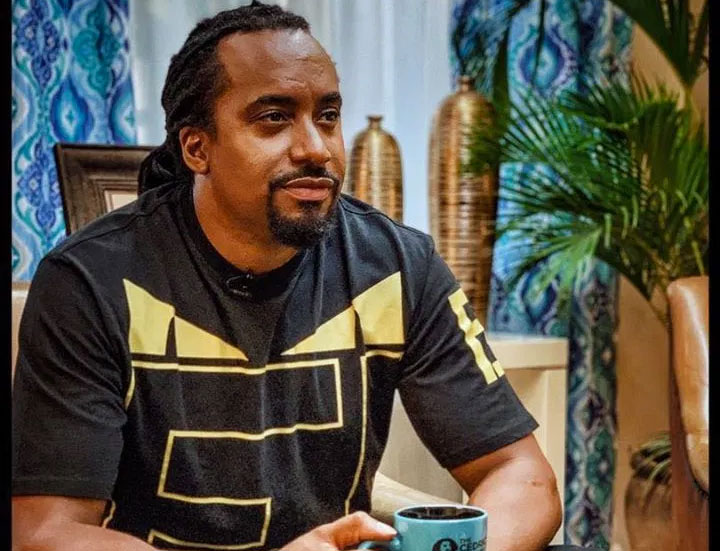 Rapper Navio, 36, real name Daniel Lubwama Kigozi, has stayed the hip hop course and popularized the genre in Uganda right from his Klear Kut days. Injecting class, stylish videos and lately, a Luganda vibe to his music, Navio does not seem about to slow down even after 20 years in the industry. He spoke to Nathan Atiluk.

You look so youthful, man! How do you do it?

But the six-pack Navio hasn’t been around for a decade, boss! I found it easier to stay in shape when I was playing ball.

So, you have a new album. Tell me about Strength in Numbers.

The album is about how much we can accomplish when we come together as Africans. That’s why it’s heavier on the collaborations than usual. All of my best friends whose artistry I respect are on it.

From Burna Boy, King Saha, Ice Prince, Daddy Andre, Seyi Shay, The Mith, to Flex, Laylizzy and more... these are artistes who are dope.

Singing in Luganda…not your trademark style. What inspired you to go traditional?

I’ve always experimented with it; so, it shouldn’t surprise anyone, I think. I’m a Muganda who appreciates his culture. I have worked with Joanita Kawalya and sampled Charles and Frida Ssonko (Naawuliranga) though. Those projects were amazing.

You choose some complex Luganda words for your song titles. Njogereza… Naawuliranga…?

It’s really about having an open mind and vibing with the people in there. When there is good energy, these things come.

What has been your highlight singing in Luganda?

People always forget that I had Naawuliranga back in 2009; so, it’s not really too far from the experimenting I do. [But] getting to perform for the Kabaka at his 60th birthday was huge for me. My grandfather was a chief .

Your new song Bangi is about love. What or who inspired it?

I think just that vibe of getting to know someone and start caring about them is timeless. Of course being married now [to Mathilde Nassimbwa], I can remember that vibe.

You now qualify in the ‘veteran’ league. Is the Ugandan music industry moving in the right direction?

It has been easy for the young and vibrant musicians to penetrate the industry. [But] we will still be lagging behind in some respects until we can solve the Internet divide.

I think it has been easier to penetrate but the value for our work has gone down. If we were getting Shs 5m to perform in 2005, why should we be getting the same in 2020? There is a double devaluing that has occurred there.

Can you, veteran artistes, handle this pressure from upcoming musicians?

Handle it? Definitely. We were the young ones once. Brands will survive and others will fade away. Afrigo is still there, I’ve done my 20 years, most brands last for five; it is natural unless the act reinvents themselves or is just really good.

Veterans have switched to politics a lot…

I wouldn’t say most but half of getting voted in as a politician is being known and admired. This is why celebs become politicians. They already have a natural following; now they just have to translate it into votes.

Why do you take so long to release new music?

I have real listeners and I release real albums. This is why my public doesn’t complain. They usually have an entire project of 15 songs between the commercial music that I put onto the market.

During the lockdown, I released the album, had the first album launch online, performed for RAHU and Club Beatz. Gave posho to the Covid-19 relief efforts and I’m releasing more.

Twenty years! What are you most proud of?

I’m proud of being a door-kicker. We have broken down a lot of doors. First quality video, African tour, video on MTV and Channel O, first album launch... we’ve pretty much set the trend, but never get respected for it for obvious reasons.

What can you tell upcoming hip hop artistes?

To be happy about the next generation, support them and stay versatile. That will bring longevity.

- Considered Navio’s most ‘international release to-date, Strength in Numbers was released by his NavCorp label on April 25 and had an online launch.