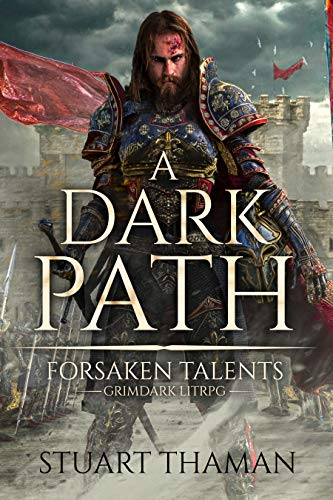 You could argue that fantasy fiction was made for hard times such as these.

Well, some people have thrived in the lockdown, but they are few and far between. Most are struggling to make ends meet. This is where fantasy fiction enters the picture. It is supposed to provide an escape, allowing you to flee to fictional worlds darker than our own but where the hard times are so much easier to vanquish than the disease and poverty that haunt so many people today.

But what kind of fantasy fiction do people consume during the hard times? When your life takes a turn for the worse, there is nothing more attractive than a heart-warming story with a happy ending. Stories are magical that way.

They trick you into caring for fictional characters as deeply as you would a real person. And when those people triumph in the end, you celebrate with them and that revives you mentally and emotionally.

But I don’t know if happy, whimsical fantasy is the answer to every reader’s problems in 2020. I know several individuals that cannot stand the sight of joy in other people’s lives during hard times, and that attitude makes sense to an extent.

When your existence is basically spiralling out of control, it is difficult to relate to other people’s victories. If anything, every scream of excitement feels like a knife in the gut.

This is the reason why some readers are revolted by happy fantasy during trying times. They cannot help but view the achievements of their favourite protagonists as a mockery of whatever pain continues to assault them.

This is probably one of the factors currently driving the interest in grimdark. I won’t say the sales in the grimdark genre have skyrocketed. I have not seen those numbers.

However, interest in the genre has definitely spiked in the online circles I frequent. Initially, this puzzled me. Grimdark puts some people off because it goes out of its way to portray the worst of humanity.

It punishes the good and rewards the bad, and every victory attained at the end is bittersweet, tainted by whatever sacrifice the protagonists had to make to achieve it. I could not understand why a genre that typically evokes negative emotions would draw so much attention at a time when audiences would normally seek escape to happier, fictional landscapes.

But I think I get it now. Misery loves company. I think struggling readers are drawn to grimdark because they can actually relate to the suffering their heroes and heroines endure.

There is something about seeing suffering in others that brings you peace when your world falls apart. There is some comfort to be found in knowing that you are not alone in your hole of despair.

Maybe grimdark is not the healthiest genre for hurting readers, but it makes no sense to knock something that is probably working to alleviate the stress in so many people. Fantasy fiction was designed to provide an escape. That escape does not have to be warm and lighthearted.

For some people, a bleak adventure filled with sorrow is far more attractive than a gleeful tale littered with carefree characters that could not possibly understand your anguish.