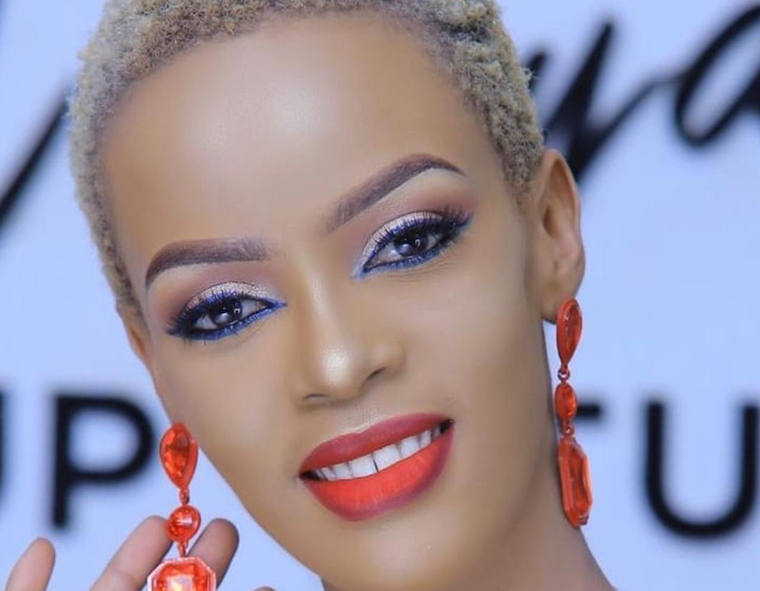 After a relatively short break, Nina Roz, 26, is back to pick up from where she left. With new management and a couple of songs already out, there is no doubt she is off to a stronger groove. Quick Talk caught up with her and talked about music, fashion and her recent struggle with drugs.

How have you been, Nina?

I must say I have been good; no complaints.

Eh! You are quite tall, what is your height?

Oh wow! Height of a model, have you tried modelling?

Yeah. I used to be a model before becoming a singer, but life changes and puts you where you deserve to be. You know at that time modeling was not paying much and I had to shift my focus to music.

Are you done with it totally?

Actually I still do commercial modelling.

I have seen your nude pics… cough-cough. Is that part of the commercial modelling?

That was part of the modelling; a photo-shoot for some alcoholic beverage. I wouldn’t call it nudity, although some people have classified it to be that.

If you say so! What have you been up to?

Basically, I have been working on myself; developing myself spiritually, mentally and physically. The lockdown has been like therapy to me. I have also been in the studio a lot recording new music [She has released Ntinka Nkutinke and Kyoyooyo, which are getting good airplay].

New music at last. You had gone silent musically.

It was not a musical break; it was because of some personal issues. I was fighting with a lot in life and I thank God that now I am winning. Everyone has things that pull them back but you don’t need to give up.

That is actually one of the things that pulled me back last year. As an artiste, you need a team and people who can be there for you. My new management, Sure Entertainment, believes in me and has helped me recover my self-esteem and take away the burden I was carrying. [Nina had a two-year contract with Boom Bark Records, her first management.]

You could have renewed with Boom Bark Records...

No. I could not renew it because there were so many mistakes I got to find out. When you get to work with people, at first it is all roses but as time goes by, things change; so, I was not ready to continue with them though they have played a big part in my career and I am grateful.

Recently you came out about using drugs. What led you down that path?

It was a combination of fear, bad influence, relationships… but it is very inspiring how I got over it and me coming out to tell my story is not like I want anyone to feel pity for me, but because there are many young girls out there who look up to me that I disappointed. I, however, still say it that you do not need to rely on any substance to make it in life.

How long had you been using them?

I used them for roughly one year.

What made you decide to quit?

It all comes to a point of accepting that you need help, which takes a lot of courage because we mostly live in denial. I think it was also God that talked to me and I began asking for help from friends because when you are using drugs, you tend to stay away from people who can help you; fortunately for me, I kept my people around and they helped me.

One person who was really there for me and I want to thank is producer Daddy Andre. He would call me everyday and preach to me like a sister and that helped me a lot to recover.

Didn’t you ever consider rehab?

I thought about it, but what helped was breaking the silence. You know drugs keep you silent because of fear of being judged yet when you tell someone, you feel relieved and you find the solution. When you do that, you do not need to go to rehab.

And how has the recovery process been?

It has been so great. The lockdown has helped me a lot; it has been more of rehab. I get enough sleep, I don’t get to meet those people who influenced me to do the drugs… but even before the lockdown, my mind was ready to accept change. You need to be ready to let go of some friends, which I must say is very hard but you need to make some sacrifices.

Celebrities tend to turn to God after such experiences, are you born-again?

I have always been a God-fearing person though I had not been a practising one, but this is the moment to talk to God even more, because it has been by His grace that I overcame drugs.

Amen. Is Nina Roz in a relationship?

Haa...no. Right now I’m growing and taking my time to find the perfect person to teach me how to love, because I also surely want to settle down one day and have kids.

What values do want in that ‘perfect person’?

Aaahh...... I don’t need a perfect person [your words, not Quick Talk’s…!] Even if he is there, I don’t want him because I am also not perfect. I just need a friend who is ready to carry my burdens and just love me the way I am, and [he must be] God- fearing. Money and looks are just extras.

But we have heard rumours about you and Beenie Gunter?

To be clear, I never dated Beenie Gunter. We were just friends. The time we used to hang out together so much was because we had a collabo we were promoting and since I was new in the industry and he was more exposed, I would tag along so I could get some connections.

Are you still friends, though?

We are, but I have not been talking to him of late. There is a lot that has been going on in his personal life and I am someone who knows my boundaries. But if he needs me, he has my number.

You are so stylish! What inspires your wardrobe?

While growing up in Kibuli, I used to see a lot of girls putting on very fashionable clothes and would admire them a lot, but sadly I couldn’t afford such because my family was not wealthy. But that turned into an inspiration to work hard and also look good.

What are you most comfortable wearing?

Sweat pants and crop tops while at home, and dresses and miniskirts when going out because I love to look sexy. I mean who wouldn’t want to hang out with a sexy lady?

Are you still friends with Sheebah? [The two used to be so close when Nina Roz was kick-starting her career.]

But what really happened?

We used to be so close, I won’t deny, but there is a point in life where you need to let go of some people and move on. A point reached and I accepted that we could no longer be friends and I had to take my own path and vice versa.

What should your fans expect from you?

They should expect the best of me because this the year I have got to find myself more and I can’t wait to share that with my fans.

🔹 Nina Kankunda aka Nina Roz was born on July 17, 1993 to a businesswoman Lucy Mbabazi and raised by her stepfather Hajji Gitta Salongo in Kibuli Mutajaazi.

🔹 She went to St Stephen’s COU primary school, Kankungulu Memorial Secondary School for O-level and Trinity College Mityana where she completed her A-level.

🔹 She then joined International University of East Africa (IUEA) for a bachelor’s degree in Business Administration but dropped out in her second year to concentrate on her music.

🔹 During her S6 vacation, Nina Roz started doing commercial and runway modelling and in 2016 she joined the music industry but it was not until 2017 that she had her breakthrough hit, Omuliro and she has never looked back.