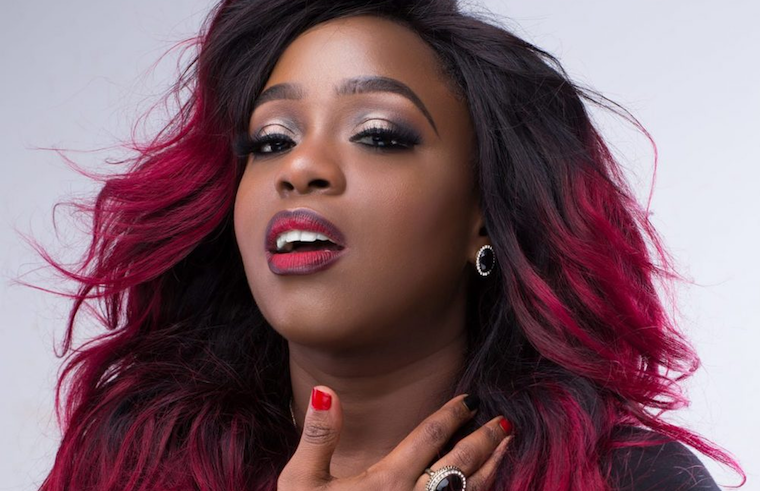 ANGELA KATATUMBA is a singer, philanthropist and businesswoman.

After some years off the music scene, she is back on the charts with her new collaboration with Daddy Andre, Tonerabira, which is receiving massive airplay. Quick Talk caught up with her and talked music, life and her highly publicised relationship with producer Daddy Andre.

Hi Quick Talk; I am so happy to talk to you!

How is the lockdown?

So far, so good. I can’t complain. I am getting time to rest and at the same time do some work like concentrating more on music [the family’s Hotel Diplomate in Muyenga, like other hotels, is currently closed].

What have you done that you never had time for before?

I honestly never had time for my music, but now I have all the time I need to focus on making videos and go to the studio. Another thing is that this period has given me time to rest from the court cases [with Shumuk], which have been ongoing about my late father’s property.

Great! So, take me through your day...

I wake at any time, because every day is [a different] day; I write some songs and go to studio to record them. I then go to Hotel Diplomate, which I manage, and organize things there such that when we open up from lockdown, we start ahead.

Yes, I partnered with Black Market Records and the NRM Youth Diaspora League and we donated some tonnes of posho, among other essential items, to the people of Luweero through the district’s task force. I was happy to help out, because I have a passion for charity work.

Your relationship with Daddy Andre was so short-lived! What happened?

We got to a situation where we were disagreeing about a number of issues and instead of batting heads, I decided to step back from the relationship. We specifically disagreed about going for an HIV test and a lot of women will tell you that taking their men for an HIV test is a battle.

He kept telling me that he is not ready and I got fed up of arguing about it all the time; so, I left the relationship.

How did you meet, though?

For almost three months last year from August to October, my manager kept on insisting that I should do a song with Daddy Andre. I finally accepted and went to his studio and we came up with Tonerabira. That’s how we met.

Was it love at first sight?

[Laughs] Not really. As we got to work together, we slowly started to appreciate each other’s talents and personalities and somehow love happened.

Hmm, love. At least you two gave us a big song. Any chance of seeing you performing it live together?

You know my parents, especially my late father, taught me to always separate business from emotions; I have to put business first and there is no way I am going to say no to millions of money to perform somewhere because Daddy Andre is there and we have to share a stage together.

So, is there a new man in your life?

I am social distancing [bursts into laughter].

But you must have an ideal man in mind...

Funny thing is that when it comes to someone who piques your interest, it is normally somebody you never imagined would do so. I always accept applications and I take my time to go through them but you will be surprised sometimes when a person just hits you and you are like, OK... So, as long as what someone is offering grabs my attention, I am interested.

But he has to be God-fearing, hardworking, principled and someone who values and understands business.

Besides music, what else are you doing currently?

Before Covid-19, it was mainly court cases where I am still battling Shumuk over my late father’s property [Blacklines House]. We had earlier won the case but he appealed; so, we are still in court. I am also managing our other property like Hotel Diplomate [and] Katatumba Suites with my siblings.

I am also still going strong with my philanthropic work under the Katatumba Development Foundation because my mum and dad always encouraged us to give back; so, charity for me is a must.

What don’t people know about you?

That I am a tomboy. I grew up with seven boys, although one died when he was still young and I was so close to my dad. I still feel so comfortable around boys. My tomboy side usually comes out when I am doing business, but I also have a diva part of me, especially when I am doing music.

What is the first thing you plan to do after lockdown?

I am probably going to resume with the court cases, because I am not going to rest until we fully have our inherited family property back. I am also going to put much more effort into my music because I had kind of lost interest when my father passed away in 2017. That is why I had been off the scene, but I am going to get back to recording more music.

Angela Katatumba was born in Mbarara to the late Boney Mwebesa Katatumba, a businessman and consul of the Islamic Republic of Pakistan in Uganda, and Gertrude Katatumba.

She has eight siblings, seven boys and another girl. She went to Katatumba Academy for nine years, then Belmont Senior Secondary School in Canada.

She then attended Oxford Brookes University, England where she earned a Bachelor of Arts in Economics and Law from 1996 to 1999. She also has a master’s degree in International Management and Public Relations.

Katatumba started to professionally record her music in Uganda in 2005 after moving back from the USA and she has so far three albums: Peace, Glad I’m Alive and Supernatural Girl.

She was once married to Ward Alonzo for eight years but divorced him because it was an abusive relationship that pushed her to the brink of suicide. Her Katatumba Development Foundation has been globally recognised especially for the ‘For You Gulu’ and ‘Mulago Yaffe’ projects.